10 years of FIF
Chiesa is too expensive bench player for us at the moment.

10 years of FIF
< Esposito.
And spend the money+Politano in SMS 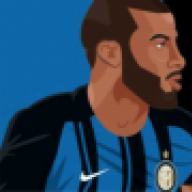 CafeCordoba said:
Chiesa is too expensive bench player for us at the moment.
Click to expand...

This is the main point for me. If we sell Lautaro in the summer than that's a different conversation.

Regarding this ss thing, I actually liked him at the beginning of the season at Fiorentina and his role is quite similar to ss, most importanty he goes wide slightly more but personally I see this ability as a + if you have mfs with scoring ability; if we had e.g. Sensi and Eriksen that would work very well imo.

Anyways, that doesn't change the fact the only reason I would get him now is pure FOMO, i.e. other club getting him. As Cordoba said, he is simply too expensive bench player for how the things are atm.

Sent from my SM-A520W using Tapatalk
Click to expand...

Let's make a FundIt thread to buy you a straight ticket to Firenze.

Sport Mediaset is insisting in saying that Inter is trying to get Chiesa in January. The offer is according to them 30M + Poli and Dalbert.
Apparently they could play him in a 343 or 3412 but the idea is to make him work in the 352.

Of course i only believe Sky Sport but im sure that they are thinking about it. Fiorentina is in a very bad position at the moment and someone like Chiesa already waited to much to get things working there. He would not say no to Inter.

10 years of FIF
Nostradamus
I actually like that deal.
Dalbert has no worth for us ans Politano is a decent rotation player at best, leaving aside the 20m spent on him.

I just don't know where Chiesa fits in all this for us. He's not like his dad who was a support striker, he's much more of a winger.

CafeCordoba said:
Chiesa is too expensive bench player for us at the moment.
Click to expand...

I kinda disagree, when you barely have two competent forwards who are probably on their last breath given how much they are playing, there is no such thing as too expensive bench player. We would probably have some kind of rotation going between those three and that way we don't have to have mini heart attack every time lautaro or lukaku fall to the ground.

We'll probably get Chiesa in Sanchez's place for when we inevitably return him to Manchester at the end of the season.

In the meantime we can make use of another attacker. 5 players (one of those being seventeen) for 2 positions isn't that extravagant.

Chiesa and a Chiesa-like signing in midfield will do wonders for this team.
P

Forum Supporter
Most Pessimistic Member
Is there any possibilty that Conte wants Chiesa to convert him to a Sensi type midfielder? Signing him to replace Sanches isn’t worth it.

Palacio said:
Is there any possibilty that Conte wants Chiesa to convert him to a Sensi type midfielder? Signing him to replace Sanches isn’t worth it.
Click to expand...

Sometimes I just want to be able to read your mind.

Palacio said:
Is there any possibilty that Conte wants Chiesa to convert him to a Sensi type midfielder? Signing him to replace Sanches isn’t worth it.
Click to expand...

Well, one thing is for sure: chiesa would have to undergo some kind of tactical metamorphosis in Conte's Inter, we don't play 3-4-3 or 4-3-3. 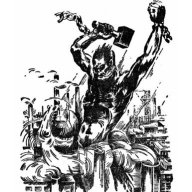 we may need a Vidal more than a Chiesa at this moment... but if (a big if) Chiesa is available for 30m+ Dalberto Carlos + Politano, its a no brainer.
Q

definitely need to add a guy or two to the center midfield group. chiesa's cool and all but would you rather have him and have to start vecino/gagliardini/borja at the same time due to injury/fatigue/fixture congestion? basically negates the purchase

Forum Supporter
10 years of FIF
The management knows how thin we are in CM. They're not gonna neglect it by going all in for Chiesa. Conte wont let them neglect it tbh.

The Chiesa situation is interesting because there's always a tough choice to make in such circumstances (assuming we do actually have a chance to sign him).

On one hand, can we even make use of the player? He doesn't even have a spot in our starting XI and you'd want that from a player of his price. To me, he's an outright attacker and there's no way he can play WB. He could play as one of the two forwards like he did alongside Ribery, but his finishing can be extremely erratic and he wouldn't be an upgrade on either Lautaro or Lukaku. IMO he's a winger and any other position is not getting the best out of him. We could play him as RW in a 343 but we don't really have the personnel to otherwise play such a system.

On the other hand, there's no question he's an incredible talent and sometimes you just don't turn down such an opportunity when it becomes available. Obviously he'd be a massive upgrade over Politano and we'd also be denying juve from taking him. There's also a question mark over how long Conte will be at the club, so buying players outside of his system may not be that problematic.

Tough choice. But IMO the former consideration wins out. juve are always going to hoard great players no matter what we do. Denying juve a player should not be a reason to sign anyone. We should worry about ourselves and prioritise a player who can help us the most in the short-medium term. Like I said, sure, there's the chance Conte leaves within 2 or 3 years and we could play a 433 afterwards with Chiesa as RW. But it's all useless conjecture at this point in time. All we do know is that our starting forwards are fine. What we need most is a cheap backup forward and a midfielder who brings quality and depth. Chiesa is neither of those things.

.h. said:
I don't get where we would play chiesa atm
Click to expand...

RWB/RM as Candreva, says Sportmediaset, they say that Conte is confident he can play there...
Him doing defensive duties?! Lol 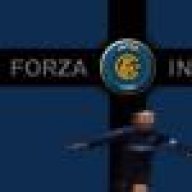 Im not touching a potential Chiesa signing for anything. Castrovili is the only fiore player worth a damn. So if we’re looking for someone he’s the real player to look at not all hype Chiesa

Revv said:
Im not touching a potential Chiesa signing for anything. Castrovili is the only fiore player worth a damn. So if we’re looking for someone he’s the real player to look at not all hype Chiesa
Click to expand...

But Castrovili coming means no Aouar!