I think it’s high time we sign that lavezzi kid

Absolutely crucial to sign someone completely opposite of lautaro, sanchez profile. Dzeko would be perfect or someone of that playing style.

He's too similar to Lautaro and Alexis

Does anyone have a sheep we can sacrifice to the sun god?

Fapuccino said:
Does anyone have a sheep we can sacrifice to the sun god?
Click to expand...

10 years of FIF
Transfer Guru
I think these Messi rumours are just media fantasy. There is no way Suning or Marotta will pay 50m pa to a player, specially during these times.

But if this is true and Suning want to do this, why the fuck would I or any Inter fan complain. Its fucking Messi. This is one of those few highly unlikely circumstances where I would gladly accept us not buying Sanchez.

10 years of FIF
Of course Suning is ready to pay that. But it's for 21-22 season when he be signed for free. Not for free but no transfer fee. Huge sponsorship deals will be agreed when we have Messi.

There is no way for us to get messi ffs

Think of a cognitive dissonance you have to have to think we can get messi and at the same time we are talking of sacrificing skriniar to get ndombele or similar rumors like that. Every single one of our transfers is paid in some form of peasant installments. Juve literally had to take bread out of the fiat workers mouths to sign ronaldo, and all that with their own stadium and pretty much flawless management.

And on top of all that ill repeat what I said numerous times here about suning. They got money, but we are not their priority, especially to make those kind of investments, and that's really hard for some people to accept.
Last edited: Aug 3, 2020

10 years of FIF
Transfer Guru
I agree re Messi not coming to Inter. He loves Barca, I don't see him leaving at all despite the rifts this season. I think he will remain at Barca even post his playing career. Its his legacy he will be worried about now.

But just for a moment lets assume the hypothesis that Messi wants to come to Inter. In such a scenario, I can see Suning going for him. They have bought Inter for profile, almost like a global PR vehicle. And there is no signing like Messi when it comes to that. Imagine what something like this would do to their business in China and elsewhere. And as far as finances are concerned, Messi may cost 50m+ in wages per year, but he will fetch at least half that in revenue increases from sponsorships, etc. So financially I don't see a move like this out of Sunings reach or ambition.

The only question will be of FFP. But with the recent legal victory of City over UEFA, FFP is on life support. You can be sure that a few big clubs are now going to take on FFP in the next year or two.

My point was if we had those kinds of resources and money, and most importantly intent from suning we wouldn't watch candreva, biraghi, valero, gaglia, and many others in our shirt for this many years.

10 years of FIF
Nah. The whole thing is a thing because Messi is still free agent next summer. He hasn't been close to free agency like, ever?

It looks like we agreed a deal with Man U for Sanchez. Fee is going to be 13m and Sanchez taking a huge pay cut. What a nice signing this will be.
E

Forum Supporter
Let's get rid of our loaned stiffs first, then we can hopefully make some wise decisions.
D 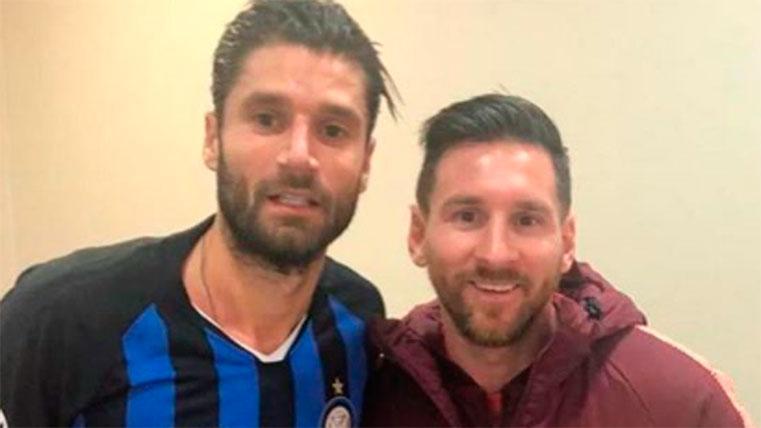