10 years of FIF
Most Diverse Poster
He's made of glass, that's why.
C

IM21 said:
Even lecce can get a cb

We still need to cover Rano, and options like this make sense or better yet target a young potential in Italy!!!

thatdude said:
Incredible how far this guy has fallen. He was one of the best in the world not so long ago. He in his prime is exactly what we’re missing now.
Click to expand...

10 years of FIF
Nostradamus
He was never one of the best, he was just marketed really well. There are some players who go for multiple millions that simply do not explain their price tags on the pitch.

Umtiti is one of those. The most popular case is Harry Maguire.

Also, he didn’t even have a big price tag @brehme1989. Barca bought him for 25 million. In no way comparable to Van Dijk, Maguire, etc.

brehme1989 said:
He was never one of the best, he was just marketed really well. There are some players who go for multiple millions that simply do not explain their price tags on the pitch.

Umtiti is one of those. The most popular case is Harry Maguire.
Click to expand...

Anyway, I really hope we get Chalobah. If he turns out half as good as Tomori did, then he'll be a really good addition.

Anyway, I really hope we get Chalobah. If he turns out half as good as Tomori did, then he'll be a really good addition.
Click to expand...

Morata has his uses but he's not a scorer. People assume paying that much for a striker means he'll be scoring tons.

Conan the Barbarian said:
First of all, let me say that as a source Ekrem Konur's reliability is quiet enough. As for Söyüncü, he is not a player I like very much. Like I said before, Söyüncü looks like Merih Demiral. He has the potential to make a stupid mistake to lose the game when anyone says "he's playing great today" while watching.

Imo Kaan Ayhan is the best Turkish CB at the moment but I don't know why Sassuolo's imbecil coach doesn't want to use him. Besides, there is young Ahmetcan Kaplan from Trabzon SK. He's already on the radar of Ajax. Tall, fast, left-footed and smart.
Click to expand...

Ajax got my boy for 9,5 million. There's one thing sure that those Dutch dudes are the best about scouting. They'll sell the guy for minimum 50 million euros in 2-3 years.

It's probably management want to sign Akanji and sell Skriniar, meanwhile Inzaghi wants to keep Skriniar and bring in Acerbi on loan.

gds saying Inter will make an attempt to sign Chalobah.

gds also saying Akanji is willling to extend his contract for another year, just for BVB to let him go out on loan.


all this attempts just to finish with Acerbi.

Apparently his middle name is Obafemi. And yes. It's coming from our Oba Oba. His father is Nigerian and was a fan of Martins.
K

Sebastian Kehl, BVB sporting director, : "Manuel has decided to start a new adventure and that's okay for us.''

Forum Supporter
Let's hope that this is true:

Manuel Akanji is one of Inter's goals to reinforce the back department. Unlike what was reported by Corriere dello Sport and Tuttosport, as reported by SportMediaset Borussia Dortmund would have opened the loan of the Swiss defender: in order to close the deal with this formula, however, the defender, given the contract expiring in June 2023 , he will first have to renew his agreement with the German club. In the background remain the slopes leading to Acerbi and Chalobah.
Source: Sportmediaset.it

Inter blocked Francesco Acerbi who is resolving some economic situations with Lazio. Inter do not want to invest for a player so advanced in age and for this reason they are asking for a free loan. The Nerazzurri, however, do not sink the blow because they await news from Dortmund for Manuel Akanji. 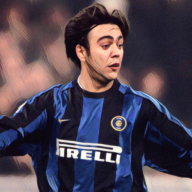 Hoping that's true, we will have to wait a long time with all the paperwork for contract renewal, loan transfer and so on. So, we still need the pain of the wait until the last days...

10 years of FIF
Forum Supporter
If someone wants to open an Akanji thread, go for it.
C

ADRossi said:
If someone wants to open an Acerbi thread, go for it.
Click to expand...