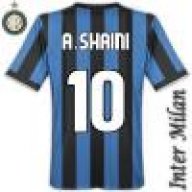 10 years of FIF
He ,barella, hakimi and sanchez will flourish in Inzaghi team.. i dnt know about eriksen tho

10 years of FIF
Most Diverse Poster
Someone can renew and still get sold. First lets see who stays.

Bastoni officially renewed his contract. The problem is it lasts only to 2024 (his current was expiring in 2023). It's strange, because in the next year it would be good to extend his contract once again.

Great news, finally! How much is he going to earn, any details?

nyers said:
Great news, finally! How much is he going to earn, any details?
Click to expand...

2.8m base salary plus 1.2m bonuses. Great deal for everyone involved.


A TITLE AND A CONTRACT: BASTONI SIGNS WITH INTER UNTIL 2024
The 22 year-old defender has extended his contract at San Siro for three more seasons


MILAN - A few days after lifting his first trophy with Inter high above his head, Alessandro Bastoni has committed to writing more, significant chapters with the club: today, an extension of his contract, keeping him at the Club until 30 June 2024, was announced.

Bought by Inter in Summer 2017, Bastoni made his debut on 29 September 2019 and had his first start in a win over Sampdoria, demonstrating all his qualities straight away.

“I was emotional, I have been waiting for this day for such a long time”

After that game, he made 33 appearances in the 2019/20 season, becoming a perennial figure at the back for Inter, scoring two goals as well, away at Lecce and Parma. The latter of these he celebrated in front of the Inter TV cameras:

“I have always said that I am an Interista, so for me it’s a dream come true to be here. I love Inter and this team; I hope to stay here for a long time to come.”

His physical strength, technique, vision and assuredness in the tackle allowed him to show his importance again this season, as Inter clinched a historic 19th Scudetto - he was an almost constant fixture in Serie A’s most solid defence. He made 33 starts in the league (41 in all competitions) and registered 3 assists, including a brilliant 60-yard pass for Barella to score in the crucial 2-0 win over Juventus.

The season which saw him win his first title also saw him make his National Team debut: on 11 November 2020, aged 21, he started the 4-0 friendly victory over Estonia. A few days later, in his first official game (a win against Poland), he once more showed all his qualities, this time for the Azzurri.
Click to expand... 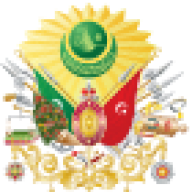 Inter'd be really stupid to sell him. Young 22year old left-footed top class cb with excellent ball playing skills and moderate speed. You don't get this type of player much in football, I just brainstormed and can't remember any one with these attributes.

It's a pretty good success rate.

Dont get me wrong, Bastoni is clearly the best of the lot, but playing at a top club also helps him

diamen said:
Bastoni officially renewed his contract. The problem is it lasts only to 2024 (his current was expiring in 2023). It's strange, because in the next year it would be good to extend his contract once again.
Click to expand...

Not really meant to extend the length that much, it was to give him a well-deserved raise.

real capitano material, like skriniar etc not some wig pussy

Forum Supporter
10 years of FIF
Why is bastoni starting on the bench tonight!! Over the hill cheillini starting :trollol:

Forum Supporter
10 years of FIF
Both way past their best too. It’s the Italian way though. Luckily for Bastoni, he has time on his side and there’s not many other great Italian CBs at the moment.

William said:
Why is bastoni starting on the bench tonight!! Over the hill cheillini starting :trollol:
Click to expand...

10 years of FIF
Tbf chiellini is still solid, made lukaku his bitch too

brakbrak said:
Tbf chiellini is still solid, made lukaku his bitch too
Click to expand...