Andrea Pinamonti is the only one in his team who was born in '99 - the rest of his peers are born in '98. You may remember people like Taufer, Bonazzoli, etc, are all similar people who have done this in recent years, and it certainly sets a high precedent.

Andrea Pinamonti has been called the 'new Bonazzoli' - and whilst of course this is an utterly ridiculous - he has scored 6 goals this season for his youth team, and last season with his contemporaries, he managed 17.

Whether he justifies this tag, I don't know yet - but I'm looking forward to finding out.

10 years of FIF
samden said he is one of our most promising players.

says he is an Inter fan and it was even more emotional to play today...+ points from me then

Forum Supporter
10 years of FIF
Everyone impressed with the kid from Mancio who is willing to give him the departured Manaj's role in the team.
Vecchi his primavera coach claiming he is the best forward he has trained
JJ having trouble stoping him in training and praising him for it
He is an Inter fan as his family is historically. His childhood dream was/is to become a football player for Inter since he was 3 years old.
Now at 17 he is already praised by Mancini and the entire club

He's gonna get a debut against Milan, show great promise then sit in the bench for the next 2 seasons until we sell it him for 5 mil.

Ronin said:
He's gonna get a debut against Milan, show great promise then sit in the bench for the next 2 seasons until we sell it him for 5 mil.
Click to expand...

We’ve often written about the mistakes Inter have made with youth in these pages, from their essential trade of Marco Benassi for Danilo D’Ambrosio (though Benassi was still on a co-ownership, where Inter lost the auction), to the way in which they’ve handled Federico Bonazzoli, who was sent to Sampdoria and has since lost his way in Serie B.

Now, it appears that Juventus are lying in wait, hoping that the Nerazzurri make another big mistake.

The talent in question, Andrea Pinamonti, has been a prolific scorer for the Primavera, netting ten times in seven games with Inter’s Under-21 side.

He scored last night for Italy’s Under-19s against Switzerland (1-1), helping Italy qualify to the next stage of the European Championships.

The 17-year-old’s talent hasn’t gone unnoticed, and has attracted a number of big clubs, including Juventus. Just like Gigi Donnarumma of Milan, the fact that he is a minor means that he has yet to sign a pro deal, potentially allowing Juventus to sneak in and steal him away.

Juventus’ attempts will hopefully meet with stiff resistance, if his agents’ good relations with sporting director Piero Ausilio have anything to do with it: they also represent both Eder and Andrea Ranocchia, two fellow Inter players.

It also appears that Inter, afraid of the Bonazzoli precedent, may want to loan Pinamonti out… but no more, so as to ensure that he is always linked to his parent club, where competition up front is stiff. Will it be enough?

10 years of FIF
Inter, the worst place for him to be. He should move on tbh.

Forum Supporter
10 years of FIF
Loan him to Serie B asap if he good enough...if he developes there,send him to a Pescara(not Pescara per say but an example) in A if he does well there...call him to Inter
Have some patience with him if he looks talented but still struggles a bit
But if he is a flop a la Longo just sell him or end contract...Longo is still tied to us as no one wants him even for free lel
Simple planning tbh

I have no expectation of him honestly. I got burned with Bona and Puscas.

10 years of FIF
Should definitely go to Juve. 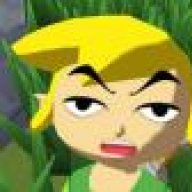 I'm so tired of getting hyped over our incredibly talented youth, then seeing management sell them for pennies, then watching our asses get bitten by the growth of these players

Kill it with fire!

Called for the Europa League match.

10 years of FIF
Rumoured to be getting a new contract to ward off interest from Jube and other european clubs.

10 years of FIF
He really should leave Inter for the good of his career. If he's smart, he will.


Sent from my iPhone using Tapatalk