10 years of FIF
Immense concentration of talent and lack of national spirit.

The team Martinez constantly played was:

On paper it seems a great team. But Carrasco can't defend and neither can Mertens. De Bruyne's potential gets wasted on central midfield. Witsel is just a shadow of himself (playing in a Serie C league does that). I'm not a fan of Lukaku, but yeah he can do some damage against bigger teams.

The defense is pretty strong tho.

Martinez's beef with Nainggolan is that Radja smokes and doesn't really 'live' for the sport. Regardless, he's probably the best central midfielder we have, Dembélé is also in great form. Also we got a good bench in Batshuayi, Vermaelen, Carrasco, Thorgan Hazard, Tielemans, ..

I predict Quarter Finals to be eliminated by Argentina, Spain, Germany, Brazil, France, .. Perhaps even against a team such as Mexico, Colombia.

Rumours that Nainggolan will be left out of WC. Again. They might have good players, but they're run by complete fucking idiots.

10 years of FIF
Nainggolan officially ruled out for the WC. Disgrace..

Rather spineless fuckers from China with total lack of ambition and injured idiots. Or players with a total shitfest of a season.. Bravo Martinez 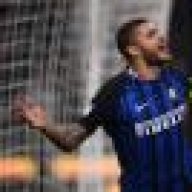 Nainggolan is another world class player inexcusably snubbed. He’s pretty much belgiums best midfielder yet isn’t even in the squad because apparently Martinez sees him as a ten, bizarre.

Belgium's golden generation is being wasted away. Maybe Nainggolan can count himself lucky he isn't coached by this bald charlatan.

10 years of FIF
Most Diverse Poster
WTF?? Could someone explain how is that possible???

10 years of FIF
Roberto Martinez is a complete utter piece of shit. Tactically a moron. As I said above, he'd rather call up ambitionless fuckers such as Witsel & Carrasco, dipshits who haven't played all season and/or had a piece of shit season such as Benteke, Chadli, Dendoncker, Fellaini, Boyata and Januzaj.
And on top of that, a defender who plays in MLS in Ciman

I'm no fan of Praet by all means but he should've been called up in favor of Tielemans, who has been chosen as flop of the season in ligue 1..

Now, in my criticism I might go to far with certain players. Fellaini has a role on the pitch and is always dangerous at set pieces. Witsel, the ambitionless millionaire he is, has his use on midfield. Tielemans and Dendoncker are very talented.

But not calling up Nainggolan is just disgusting. It's like Germany thinking bout leaving Kroos home, Spain Koke, Brazil Casemiro, France Pogba, ... Martinez has issues with Radja, his explanation of his absence is just vomit worthy. Radja apparently is too good to be sitting on the bench

Also Martinez kept using the word 'tactical' in his explanation. It wasn't a choice based on emotions, but a 'tactical' decision.

Conclusion: what an idiot. First round or second round out against a somewhat decent opposition. 'Tactical' idiot.

10 years of FIF
Forum Supporter
Martinez was a stupid hire from the start. You have a collection of some of the best attacking talents in the world with a leaky defense, and you give them a manager whose teams at Everton were essentially exactly that; attack with zero tactical clue
K

Forum Supporter
10 years of FIF
These coaches...Not only that but then he takes the time to to go to Roma to tell him in person.

WTF is wrong with you coaches

ADRossi said:
Martinez was a stupid hire from the start. You have a collection of some of the best attacking talents in the world with a leaky defense, and you give them a manager whose teams at Everton were essentially exactly that; attack with zero tactical clue
Click to expand...

They shouldn't even have leaky defense. They have Toby and Vertonghen who are very good CBs, also Kompany. They have meunier as RB. They play 3 at the back with wingbacks so they play some attacker as LWB but considering the quality of players they should have good defense.