Best Football Poster
I like Dumfries and i have always defended him but he's pretty terrible this season. Maybe it isn't entirely his fault and it also has to do with loss of Perisic. If he has a good World Cup i wouldn't mind cashing in on him.

Forum Supporter
10 years of FIF
I'd like to sell Denzel and bring back Hakimi, but it will remain as a dream in our current financial world. Hakimi is destined to Real Madrid imo.

Marotta is trying to get the house in order doing Hakimi>Denzel>Bellanova , but the quality gap is too damn big. We might get cash onthese moves, but we are already losing our title challenger status. Its CL money survival dogfight now. Atalanta, Rube, Roma,Lazio and us for 2 spots.

interman said:
Maybe he is an upgrade after Candreva, but that's all what it is.
Click to expand...

Candreva has more football ability. He was just hands down most selfish player in our squad while he was here. Dumfries could never score those crazy goals Candreva was scoring in his prime.

Their decision making is awful equally I think...

10 years of FIF
Most Diverse Poster
Candreva is an asshole, but I admit a talented asshole nonetheless. Candreva was a donkey with skills, Denzel is just a donkey. A shit sandwich.

He was great for the first 2-3 games and then turned into shit.

It sucks that once again we will need to get new players for the wing positions if the team wants to play 352. 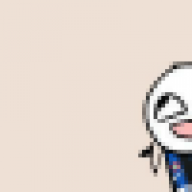 Friend at Tottenham was asking about him, apparently he is highly rated amongst england fans. Happy to ship him out, but not for Emerson Royal.

10 years of FIF
For a 15 million player, he played like 30 million worth at his first season and averaged by playing like a zero worth random farmer at this season. Dumfries RWB is dead on water. Either offload him ASAP before his value drops or shift him RCB if possible.

Irequis said:
Either offload him ASAP before his value drops
Click to expand...

Hopefully has a good World Cup for this

snowforum180 said:
Friend at Tottenham was asking about him, apparently he is highly rated amongst england fans.
Click to expand...

He is strong, physical player with decent pace, so it's normal that EPL fans (and clubs) rate him.

10 years of FIF
I think today's performance was his worst in Inter jersey. He was absolute garbage. I don't remember him doing anything useful in all these minutes he played.

Then again, even our key players were below average and some of them were even worse than that. The problem is not individual but that's more of collective issue.

We could argue on individual errors here and there, and I agree that there is such thing as being crap individually, but then again we failed as a group, and the entire team looks desync.

Mayber under another coach Dumfries can be useful or even if he switches to another destination he could perform better, but it doesn't look like he's getting his shit together under Inzaghi. He's way too error-prone which is damaging the team and I don't even think he is that bad. Like I said, he seems to have a hard time adjusting himself into this team, or the way this team is playing, or even the way this coach installs his mentality or what the fuck ever.

Forum Supporter
10 years of FIF
Dumfries has pulled himself out of bad form in the past and I don’t want to write him off just yet, but he appears to be getting worse.

Hopefully the World Cup helps restore him. I was very excited to see him grow even more this season.

Looks like he's fine, as he is with the Dutch team... Now lets hope he performs well in the WC, so he can get sold asap.
K

Forum Supporter
10 years of FIF
I cant say he has been completely rubbish, his crosses and assists are still resulting in creating chances and goals to the midfielders coming from behind and Dzeko in particular but he def has gone backwards in terms of improvement from Last season.

The issue is people forget that these fullbacks are defenders originally so when they get into scoring positions their misses seem worse but in a regular back 4 they wouldn't be in these positions to begin with. Unfortunately his touch wont get any better but maybe hakimi might come back or there is another RB out there?

10 years of FIF
Most Diverse Poster
kinda don't believe this, but he is the most logical choice to sell in January. We have Darmian and Bellanova, even tho they aren't worldbeaters, Dumfries has been underperforming... but keeping him until summer? Just doesn't seem like a viable option. Fantasy talk

10 years of FIF
Unless we get to squeeze quite a good amount of money out of him, I don't think it would have been the smartest idea to sell him atm. I highly doubt we are getting someone better anyways. Besides, relying our season in Darmian and Bellanova would have been suicidal. I actually like Darmian quite a lot but we are gonna need some more options throughout the upcoming matches of the season and Bellanova isn't the one to put your hopes on.

Dumfries was pretty damn bad this season, but the whole team collapsed major time and it needs a huge improvement in almost every aspect once the season restarts. Pretty sure that even someone like Hakimi would struggle to adjust in this current team because the problems is more than just lack of individual ability.