Joao Felix, what happened with the hype around him? Everytime I've watched ATM I haven't seen anything special.

Candreva Crosses said:
Joao Felix, what happened with the hype around him? Everytime I've watched ATM I haven't seen anything special.
Click to expand...

You won't see anything special from anyone in this Atleti. That team is a pain to watch.

NimAraya said:
You won't see anything special from anyone in this Atleti. That team is a pain to watch.
Click to expand...

I haven't seen anything special from him in the "old" Atleti he joined too. So I don't know what you're getting at.
Last edited: Jan 23, 2022

Looks like they turned the game on in the 90th minute. 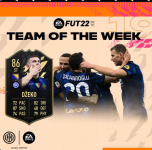 wera said:
I doubt they have time to watch all the games and choose their Team of the Week

Well, we've been watching games here and our MoTM votes and overall ratings weren't far off from people not watching the games when Fairy Tailed was making the graphics.

Best Football Poster
It's the fate of the forwards. You can be shit for the entire match but if you score the winner you're God.

10 years of FIF
Edin Dzeko explains why he never thought about what Romelu Lukaku had done before him and reveals he snubbed Chelsea and Inter when Antonio Conte was in charge. The former Roma striker replaced Lukaku over the summer and is Inter’s best scorer this season along with Lautaro Martinez.

Lukaku scored 64 goals in 95 matches over two seasons with the Nerazzurri, but Dzeko explains why he’s never thought about what his predecessor had achieved at San Siro.
“If you go somewhere and start thinking about who was there before you, then it’s better to go nowhere,” the 35-year-old told Il Corriere della Sera newspaper.
“Had I thought about it even once, I’d never come here. I know what I can give and what I am doing this season is not surprising me.”

Dzeko has scored 12 goals in 29 appearances with the Nerazzurri who are the Serie A table leaders with a four-point lead over Napoli and a game in hand.

What’s his relationship with Simone Inzaghi?
“To me, he is similar to a teammate. He manages the team so well and it’s crucial,” the striker said.
“He tries to be honest with everybody. There are 25 players here. It’s impossible to make everyone’s happy.
“Inzaghi has used Conte’s basis but has changed the footballers’ mentality. They played with a counter-attacking style for two years. Now players have more fun.”
“I don’t only look at the goals,” Dzeko continued. “I try to play for the team and if the team wins without my goals, I am happy anyway.
“We won almost every game in the period that I didn’t score, so I can only be happy.”

Dzeko could have played under Conte at Chelsea and Inter, but the Italian tactician failed to secure the striker’s services twice.
“When he wanted me at Chelsea, I wasn’t sure about a return to the Premier League, but he tried again when he was at Inter,” Dzeko revealed.
“The right moment [to join Inter] came last summer. Our paths had to meet sooner or later. It was destiny.”
Click to expand... 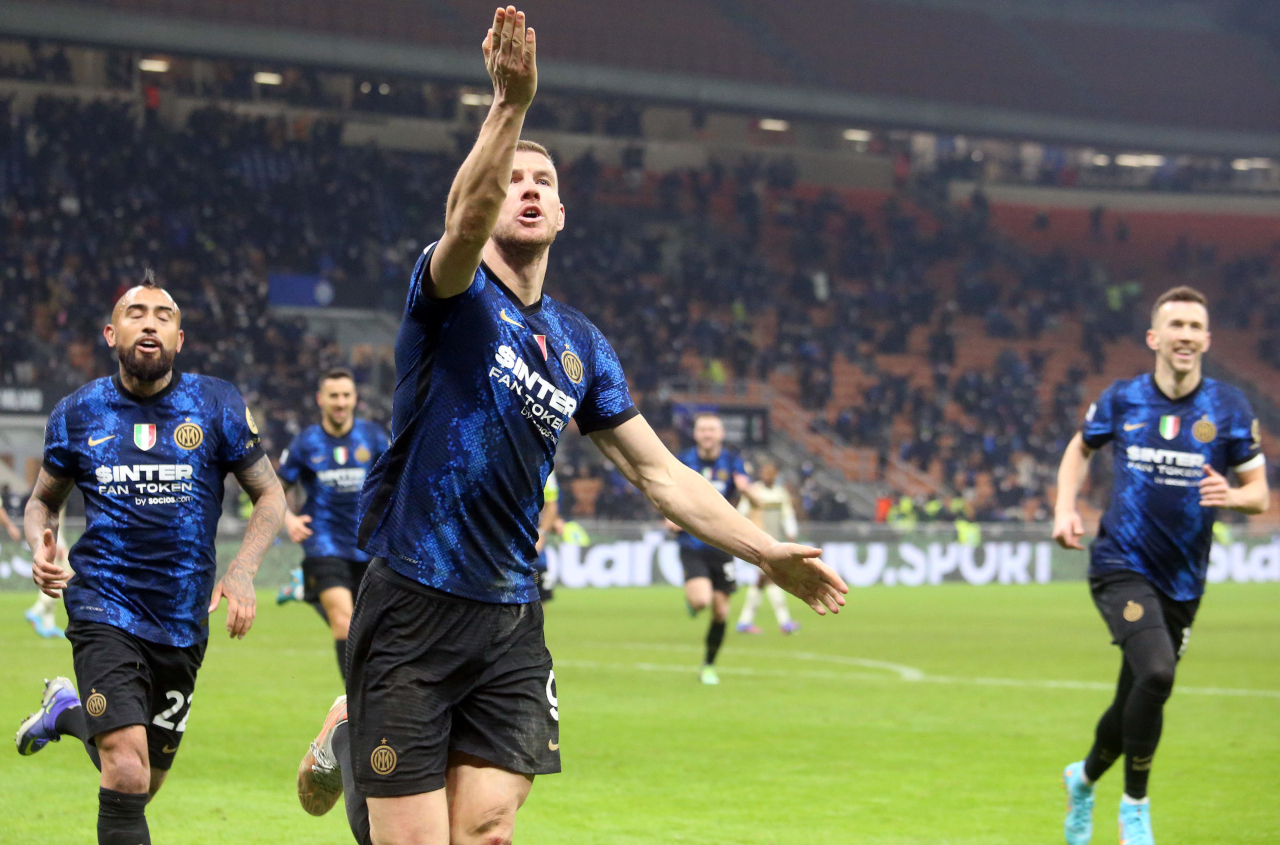 In the second part of his interview with Il Corriere della Sera, Edin Dzeko compares the Milan, Rome and Manchester derbies and admits he wanted to play more with Francesco Totti.
“I haven’t enjoyed the Milan one fully due to the stadium’s reduced capacity,” the striker admitted.
“In Rome, you can feel the hate between the fans, it’s quite heavy. With City, I won 6-1 against United with Six Alex Ferguson holding his head in his hands. Unforgettable.”

Dzeko will once again face a Premier League club in February and March when Inter will meet Jurgen Klopp’s Liverpool in the Champions League Round of 16. The Nerazzurri have gone beyond the group stage of the competition for the first time in ten years. What does Dzeko expect from the matches against the Reds?
“We played two even games against Real Madrid. We should have won the first one, but we were still not at this level,” the striker said.
“Liverpool are strong, but you can beat them or concede five goals.”

Dzeko moved to Italy for the first time in 2015, joining Roma from Manchester City and playing two seasons with club legend Francesco Totti.
The former striker retired in 2017 and has often claimed he was ‘forced’ to do so by coach Luciano Spalletti.
“It’s a pity that it ended this way. Spalletti is a great coach and Totti is a legend,” said Dzeko.
“It’s a shame I didn’t meet Totti earlier. I could have had more fun, and him as well. But I enjoyed him and I am proud of the journey we made together.”
Click to expand...

Dzeko: "We've already won the Super Cup this year. That is why I came to Inter. There is a better chance of winning." Roma fans probably not happy reading this

Forum Supporter
10 years of FIF
Any Roma fan unhappy with that statement is delusional.

10 years of FIF
OK then let me add this

Dzeko: "The only thing that I didn't have when I was at Roma was a trophy. Those six years were splendid. And I carry those years in my heart. But I am now at Inter to win the Scudetto."
Last edited: Jan 27, 2022

10 years of FIF
I cannot understand his preference to station himself at the position where it doesn't hurt opponent. Dzeko is very adept at offering himself as the extra passing option. Everyone could see it and everyone should credit him for it. He is more than willing to drop deep or to move flankside so that our team can advance forward. The problem is when our team have advanced forward. He still sits at outside of penalty box while he should attack the box. Either he can finish the play himself or he opens up space for others, we are far more dangerous when he is inside the box. No idea if it is Inzaghi's order or if it is Dzeko's whim. What is certain is my eyes hurt seeing him attempted to sprint past Milan defender with the slowest acceleration ever and the ball straightly went out of bounds

Irequis said:
I cannot understand his preference to station himself at the position where it doesn't hurt opponent.
Click to expand...

You wanted a striker that "gets involved" and doesn't stay near the box to be dangerous, you got him.

10 years of FIF
When was the last time he scored? Usually strikers get their confidence back by scoring a PK but he's a shit PK taker too

brakbrak said:
When was the last time he scored? Usually strikers get their confidence back by scoring a PK but he's a shit PK taker too
Click to expand...

The winner vs Venezia two weeks ago

Glass box said:
The winner vs Venezia two weeks ago
Click to expand...

Holy fuck, how did I forget that? Definitely felt much longer

Best Football Poster
Yeah. He scored against Venezia. He also scored against Roma in early December but then we need to go back to October and the match against Juve to find another Serie A goal from Dzeko. That's not nearly good enough from your starting forward. And the problem is things don't look much better for Lautaro either who hasn't scored since Salernitana.

We have a huge problem in attack.

Il Drago said:
We have a huge problem in attack.
Click to expand...

That's why we got Caicedo right..? Right?

Forum Supporter
10 years of FIF
It’ll be very frustrating for me if the reason we don’t retain the title is because these two clowns upfront don’t score consistently. Especially Lautaro, for all the noise I was hearing in this forum about him being the main man, he’s exactly the disappointment I expected him to be.
You must log in or register to reply here.
Share:
Facebook Twitter Reddit Pinterest Tumblr WhatsApp Email Share Link
Top