Oh yeah, where were we?

I remember talking about Helal's nightclub experience, complete with glowsticks and hot chicks.

10 years of FIF
lol something along those lines,

im just wondering is it 18 everywhere except for the US? 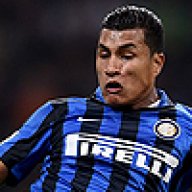 10 years of FIF
ay helal Did u go to any good night clubs when u came down to sydney that time ?

FoRzA_InTeR said:
ay helal Did u go to any good night clubs when u came down to sydney that time ?


nop ive only ever been once to a club there it was blue something or other. it was just when i turned 18

Helal likes Eurodance. Other than that, this thread didn't miss much.

Hamed said:
Helal likes Eurodance. Other than that, this thread didn't miss much.
Click to expand... 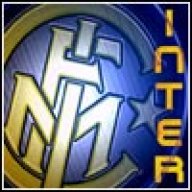 I'm a fan of the harder & faster stuff. In fact, the faster, the better.

10 years of FIF
the thing about that kinda music Tim is that its not very commercialised so its hard to know songs name or artists etc...

Also, you will love DJ Dean - Play It Hard 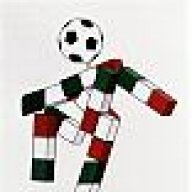 Miki said:
I'm a fan of the harder & faster stuff. In fact, the faster, the better.

Yeah, they sure are, helal. My favorite genre of electronic dance, Hardcore Techno, is extremely inaccessible to the masses. In fact, records of such genres of dance are impossible to find. Most of the Hardcore scene is well and truly underground, with producers allowing their tracks to be downloaded, thereby keeping it obscure and away from commercialization. Not that anybody in their right mind would like certain extreme Hardcore genres anyway.

I haven't heard the 2 recommended tunes yet. I'll give them a download. Are they Hard Trance / Hardstyle?

Miki said:
I'm a fan of the harder & faster stuff. In fact, the faster, the better.

I like Marco Bailey, Adam Beyer and Henrik B a lot from the techno scene, check them out, you might like their style.
Last edited: Feb 7, 2006

Thanks interista7, i'll give them a shot.

Btw, who are you favorite EDM producers, guys?

I'm sorry, what do you mean by EDM?

Electronic Dance Music. It's the collective umbrella term I use to label all forms of dance music.

I thought so, but I wanted to be sure, thanks.

My first enter in dance scene was the psychedelic/goa trance scene (with preference to German producers), then I moved to techno and finally for about three years now I'm kinda stick to progressive house stuff.

So I will post my favs for all three scenes.

Psy Trance:
X-Dream (recently listened to them to a club in Athens, they're kicking ass)
Midi Miliz
The Delta (the cooperation of X-Dream and Midi, for me the best, never perform live as "The Delta" though )
Vibrasphere
Joti Sidhu
Antix

Nice list, interista7. I haven't been into the Psy / Goa scene too much of late, though. How about yourself, helal? Who are your favorites?

Here's mine (in alphabetical order) -

10 years of FIF
ill do my list soon but i wanna ask.

Tim are you into all that hard stuff? Do you get Pharmacy in your country? Its this huge show with those best dj's and its all scary n shit. Hellraizer, Down with the Sickness. etc..

Its an annual thing and the show is on this month on the 26th, we get plenty of people from NewZealand etc... its way too hard for me but if u like that stuff youd be amazed.

[Pharmacy 13:6] In the beginning the heaven and earth were without form- and God said, “Let there be light”, yet there remained only darkness. The Pharmacy terror corps return to the temple of boom to dance with the living dead in a sublime lesson of the temptations of the flesh. Coming on like a bloodstained hurricane and calm like a nuclear bomb the Pharmacy black magic boys have crafted the disasterpiece of the century- enter the golden age of the grotesque! Take my hand and come with me… We’re addicted to drums and slaves to the dark beat!

Fronting Pharmacy’s league of atomic super monsters are none other than the prince of pain- Proteus, the creature from the black lagoon- Derb (Hennes & Cold), the toxic avenger- Walt, bringer of the apocalypse- Shotek and the arch villain and master of pleasure and pain indefinable, the one and only Hellraiser!

and on other news:
The 3rd hell bound instalment of the infamous Pharmacy CD series is here to rage against the machine and to corrupt the innocence of your children. Parents report to your churches, report to your local police stations, be alert, be alarmed- it’s going down! Featuring tracks and remixes by Dj Hellraiser, Proteus, Yoji Biomehanika, Überdruck, A*S*Y*S, Lab4, Dark By Design, Pain On Creation, Carbon Based and Derb!

Nah. Unfortunately, the club scene over here is crap. Although we have great clubs such as Ministry of Sound and Zouk, the music that's churned out is at best, progressive Trance and House. Hell, most clubs even play retro and R&B! Well, it's crap for me since I really detest slow music. For the rest of the population though, having progressive trance played all weekend long must be some kind of paradise for them.

Anyways, this event looks nice, an all Hardstyle / Hard Trance show. The numbers interested in such music here are pretty small, though.