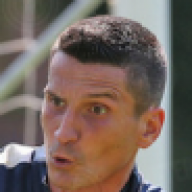 blackmore said:
We cannot possibly fail in this one. With most of our big guns back benny has no more excuses...

I mean whats he going to say if we fuck this one up as well?
Click to expand...


"The team played very well, their reaction in the second half was very positve despite conceding 12 goals"

"It is always difficult with this many injuries, but our priorities remain clear, to do well in the champions league and serie a"

"Al Wahda have a very talented squad, but the only thing that can be blamed for our defeat was the injuries and the heat"

Nice one skeet, but i was going for what he would say EVEN WITH A FULL SQUAD....

more on the lines of..."we have not played as a whole unit yet, and having our key players back in the starting line-up upset the balance of equilibrium...."

blackmore said:
Nice one skeet, but i was going for what he would say EVEN WITH A FULL SQUAD....

more on the lines of..."we have not played as a whole unit yet, and having our key players back in the starting line-up upset the balance of equilibrium...."

skeet said:
if absolutely NO players are injured WHATSOEVER he would just blame it on coutinho's absence or bad pitches
Click to expand...

yeah i would not be surprsied if he did...

anyways this is gonna be fun to see what happens 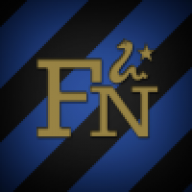 Forum Supporter
FIF Special Ones
10 years of FIF
GdS reports that Maicon and Chivu are ready to play but we might have to wait a little bit more for Julio Cesar and Milito since they can play in the final.

Check up: The conditions of Benitez's 18.
Leaving today. For Wednesday in doubts are Milito, Julio Cesar and Maicon.
The problem remains the general condition. Motta: "If we win, everything will change."

Appiano Gentile - All better, but with the CWC is coming close, the general condition is the same as the conditions of Julio Cesar, Maicon and Diego Milito which means that it is still not certain, especially for the semifinal on Wednesday.

Practice match for Milito Diego Milito is getting better day by day. Yesterday he also played in a practice match which was the last training session in Italy. But you have to use every caution because not only Milito hasn't played from the derby on the 14th of November but he is also recovering from a double recurrence. The CWC is also the mother of all battles but the risk of losing the striker for another month is present in everyone's head. Inter will also have to evaluate the evolution of the heat in Abu Dhabi, with the idea of him from the bench to start the semifinal round, hoping that we can win and get to the final with him which is much safer for his injury.

The Brazilians Similar stories for the two Brazilians. Julio Cesar has been working on the field for a few days now, but also like Milito he had a relapse of muscle problem that had him stopped since October 29 in Genoa. For him there is the bench for Wednesday and with his ability to grow each day, he will be between the posts for the eventual final. Maicon also practiced yesterday. He's been out since November 6 and he is the most advanced of the three. He should be able to make it on the 15th and that is for sure. For now there is optimism from Zanetti: "The injured players are making a huge effort to be there and I think that almost everyone is available."

Others well Different training session for Chivu and Materazzi. But everyone, including Lucio, Stankovic and Sneijder, as a precautionary measure didn't play in Bremen, will be present. Although their general condition will not be at the top.

Charged up Motta But Motta has a little something something. "I, myself, am not at the best but we will give everything because this opportunity may not come again. If we win the CWC, our season can change. Also for the Scudetto which can change at the end."
Last edited: Dec 10, 2010

10 years of FIF
look at milito 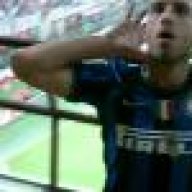 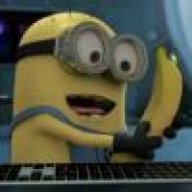 Wow, they look oh so super intense :rollani:. Milito sits like a girl. For some reason, that doesn't surprise me.

Cambiasso: "Shit just got real" (look at his left hand)
Castellazzi: "Is that my wife?"
Random gay dude standing next to Castellazzi: "Disgusting!"
Milito: "Is Cambiasso gonna rub one out? I better cover my shit up..."
Mariga to Wank: "Why don't you ever do that to me?"
Wank: "Not this again..."
Last edited: Dec 11, 2010 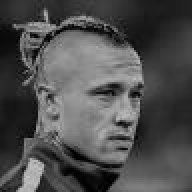 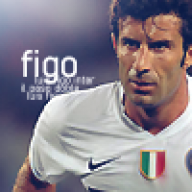 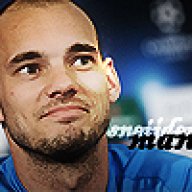 10 years of FIF
Our rival in the final will be TP Mazembe, if we eliminate Seongnam. Big surprise imo.
TP Mazembe 2-0 Internacional.

10 years of FIF
so... we wont be playing against Internacional after all they lost to Mazembe today.. 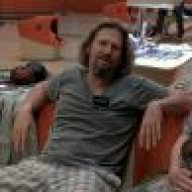 Most Pessimistic Member
10 years of FIF
Mazembe
champion of africa

they was better this night
internazionale is a big joke

they was better this night
internazionale is a big joke
Click to expand...


Surprising result but yet another reason why I love the Club World Cup...Africa representin' 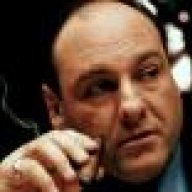 wow if we dont win this torni now its a shame

pazzainteramala said:
wow if we dont win this torni now its a shame
Click to expand...