To add to the above, players like Satriano, agoume had to spend a year in our primavera to adapt to the country and culture etc. During this time, they played primavera level which is less than their level.

If we had a B team, they could've played there and at least gained actual match experience against grown men.

Casadei is dominating the primavera right now. He's cleanly above that level, yes we should've loaned him out but maybe he exploded during the season and wasn't ready to be loaned out at the beginning. Now that he's dominating, if we had a B team we could test him there for some matches. It's at least tougher than the Primavera.

A B team doesn't harm us in anyway imo.

Forum Supporter
10 years of FIF
I think you're slightly missing the point, though.

The cost of setting up a B team is not insubstantial. Like I said, the team needs to (IIRC) have its own dedicated coaching infrastructure, training ground, stadium compliant to the league requirements, etc.

Given what we approximately spend every year on our youth sector, you're talking about doubling the cost. And its not a short term 'fail fast' idea, either. We'll need to sign a lease for the stadia, we'll need to sign multi-year contracts for the coaching staff, etc.


Like I said, there's a reason why _ONLY ONE_ club in the entire league has done this.


Personally, there are two mechanisms in which I'm ok with a B team. 1 - actually competing in Serie B at an ok level so they can actually get experience, 2 - we have a good set of youth players who support the first team on a regular basis, and we can use the U23 to get them more game time. I mean they feature on a periodic basis for the first team, rather than sitting on the bench and playing like 5 minutes in half a season.

Right now, we loan our best youth talents out, and the other ones are basically not going to ever make it. The best youth players we loan out roughly are mid level Serie B players in general, so if we're cutting out that level, the team is just a bunch of shitters really.

I dont think being a relegation-level Serie B side is going to help anyone to develop, really. Consistently losing week in week out aint gonna help anyone


RE Satriano and Agoume, yeah, I'm fine with using a B team for development of players like that (e.g. 1 season cultural integration with some first team appearances potentially), but we dont have enough players like that to justify a B team

Forum Supporter
10 years of FIF
Best Overall Poster
Most Humorous Member
FIF Special Ones
What happened to these dipshit affiliate teams we had? AC Patria and Modena to name a few if I remember correctly. Where's these feeder teams when we need them for a change.

CafeCordoba said:
Anyway, loaning players to outside Italy is probably our best bet developing the kids. Hardly anyone has really blossomed inside Italy (Serie B, let alone Serie A).
Click to expand...

Absolutely. Look at Mulattieri for example. He was playing nonstop in Netherlands last season. We sent him to Crotone this season where he started the season strongly. 6 goals in the first 8 matches and he had started 15 out of the first 16 matches. But once they changed the coach in December he has started just 6 times and he doesn't even get in the squad now. Unless we're talking about an exceptional talent coaches in Italy will always favor experienced players over youngsters. We shouldn't even bother with Italy. Instead we should send our youngsters to France, Germany, Netherlands, Belgium where they don't care about the age. If you're good enough, you play.

Universe said:
What happened to these dipshit affiliate teams we had? AC Patria and Modena to name a few if I remember correctly. Where's these feeder teams when we need them for a change.
Click to expand...

dunno. Like our collaboration with Cologne, these basically never turned into anything serious. The closest I remember of any actual substance in the last few seasons is Monza in some ways, where at least Pirola and Di Gregorio are getting some level of game time.

As you know I believe in, I'd rather we looked at a development track something like:

And of course, there's room for a fuck up season in there

10 years of FIF
Btw if Monza gets to Serie A, there's obligated redemption of Di Gregorio for 4m€.

CafeCordoba said:
Btw if Monza gets to Serie A, there's obligated redemption of Di Gregorio for 4m€.
Click to expand...

LOL how close it is up there

Forum Supporter
10 years of FIF
Best Overall Poster
Most Humorous Member
FIF Special Ones
I want Lecce back in A. These fuckers are first, playing at home to 20th placed Pordenone and still 0-0 at HT.

Universe said:
I want Lecce back in A. These fuckers are first, playing at home to 20th placed Pordenone and still 0-0 at HT.
Click to expand...

They won the league, 1-0 vs last place Pordenone.

Universe said:
What happened to these dipshit affiliate teams we had? AC Patria and Modena to name a few if I remember correctly. Where's these feeder teams when we need them for a change.
Click to expand...

Hopefully Brest can become that for us. Great level of club for your youngsters to be getting playing time. 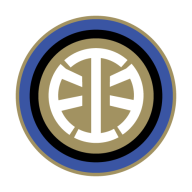 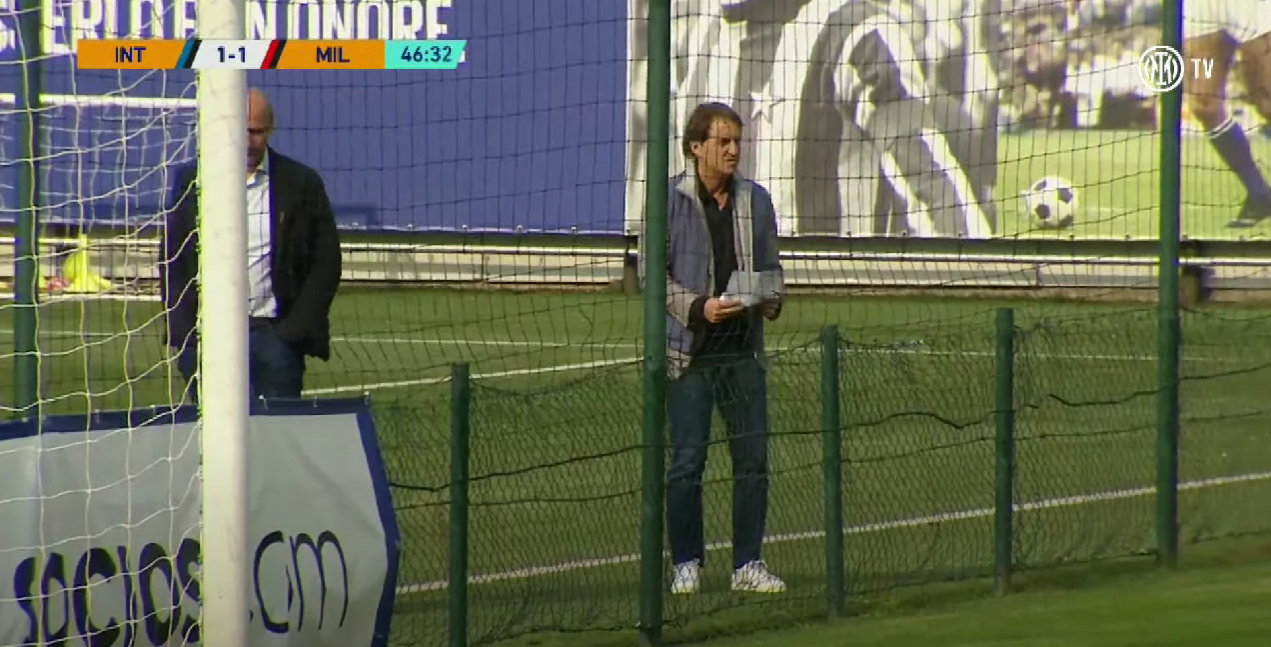 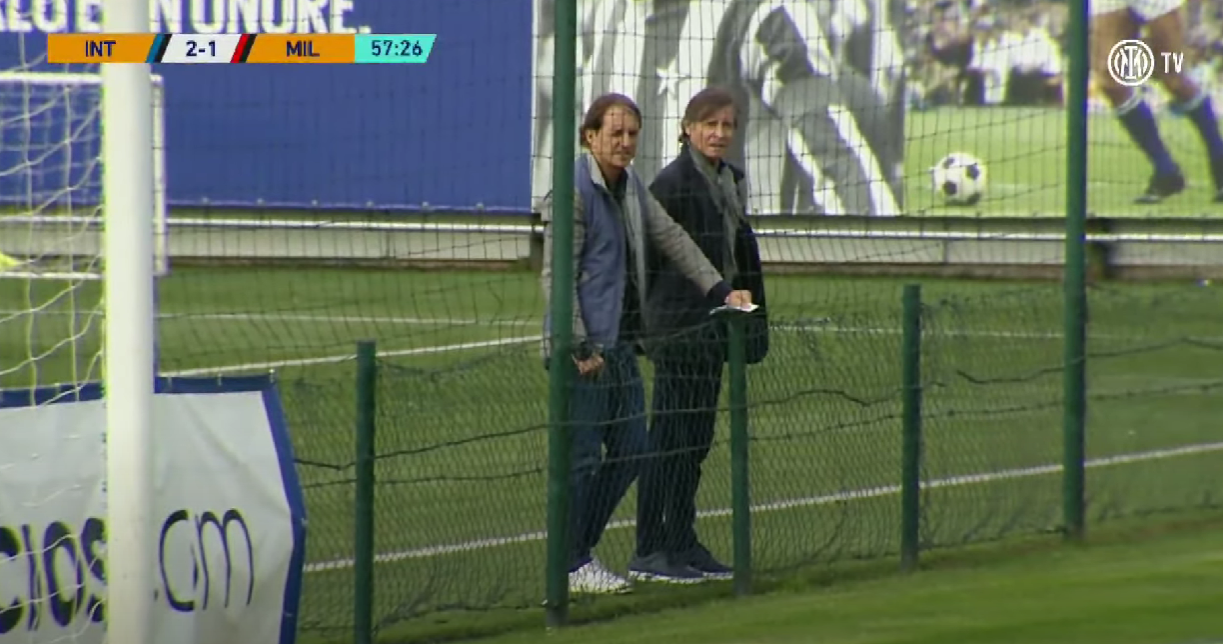 Guess who watching our primavera right now
Last edited: May 9, 2022

.h. said:
italys search for a new striker is getting desperate
Click to expand...

Says a lot about Scamacca and Pinamonti too!

10 years of FIF
Rumors say that he was watching the Carboni brothers ( since they haven't featured yet for Argentina) but who knows.
Maybe he does a Zaniolo and pulls Casadei in NT without a single serie a experience

We need to invest in our academy
E

Nerazzurri_Ninja said:
We need to invest in our academy
Click to expand...

The saudis are coming
N

I think Inter actually has a very good training/scouting youth system; I am saying this because I noticed all these "potential" exciting young players are all excelled in areas like set pieces, tactical off ball movements, finishing etc., quite sure these are things that can be achieved through rigid systematic training, and you also need to be able to learn and have at least some potential/smartness to start off with, but that actually led me to a question:

Are we caging their potential with this rigid training, just like traditional schooling takes away a kid's creativity; like regardless your raw potential is at the 99th percentile or 60th percentile, with this kinda training, it will mode you into a 75th-85th percentile player

we are only able to scout players with potential, lets say 80th percentile at the best, and to land on the super stars one we just need extremely rare luck.

Cause I think players like Sebastiano Esposito or Martin Satriano, the age when they will be ripe for Inter would be around 28,29; if lucky you would dare to play them around 26 which assuming they have a steady development.

I think the reason we cannot integrate youth players into the first team, has to do with the play style of the league and the team, first of Inter/seria A in general don't value or focus on speed and stamina or fluid plays as much as timely manner, precision and strategic etc. and those normally comes better with age, like you have more experience you know when to do what kinda thing, while younger folks have more advantage on pace, stamina in general, and since clinical and precision is normally what the team relies on, the room for error is relatively lower than a team that relies on run and pace, cause you normally account for recovery for the later style. (like running back in time, have the energy to go back and forth more etc.)

I don't think Zaniolo would've became what he is even he was given the opportunity to play for the first team here, cause Roma is quite different from normal Serie A team, which they run a lot with the higher acceptance of errors; and you learn the other attributes as you play more.

The exceptions for players to start young in the top team, are rather smart and skillful that they can achieve that understanding or ability at a young age or they have some exceptional ability in some key area that set them top 5-10% of the league, like Totti, del piero, cassano, Nesta or for Inter's examples Icardi, Skriniar, Balotelli (Just for clarity I love Skriniar, and I mean no disrespect to him, by putting his name next to the other 2)

With all that said, I think Inzaghi's style might lead to more room for playing younger players, but his willingness might be a different topic (Dzeko