Just finished watching it. What a mental game and yet again we don't finish our chances when we need to. Story of our lives 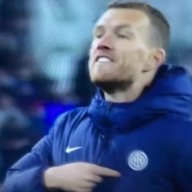 Why it's always so hard against Atalanta?
T

eduzee said:
Why it's always so hard against Atalanta?
Click to expand...

Atalanta are always hard for any team. These motherfuckers don't show respect for anyone. They always come to outplay their opponents. In CL, this has backfired them when they are up against the big boys like PSG, Man City, and Liverpool. But in Serie A, they are good enough to give hell to any team, us, Juventus, and Napoli included.

The match was mental indeed. We looked the better side until they scored the equalizer. From that point on, they fucking raped & steamrolled us so hard. Damn, I can't remember when was the last time we were outplayed and ragdolled so bad like that. It was a miracle that we did not go 1-4 or 1-5 down with Malinovsky hitting the post and the chances they created left and right with relative ease during that period of our meltdown.

Then that motherfucker Hakan was substituted and we finally managed to get our shit together again. Inzaghi finally got his subs right this time. We were the better side again after that. Unlucky with Di Marco's PK. I knew he would miss that for some reason. Good FK takers are not always good PK takers. That PK miss makes me appreciate Lukaku's PK skills even more now. Big motherfucker always makes them look effortlessly easy, sending the goalkeeper the wrong way almost every time. He is so good at PK that brehme considers PK goals as not legit and they can always be converted easily even by a 97 year old grandmother on a wheelchair.

Relieved and frustrated at the same time by the draw. Damn.

10 years of FIF
Most Serious Member
Most Stubborn Poster
Any extended highlights video out there?

dzekson said:
inter who do you support everybody but lets say dzeko and hakan
Click to expand...

ADRossi said:
Use punctuation in your sentences or stop posting.
Click to expand...

ADRossi got sick of his writing so he got banned 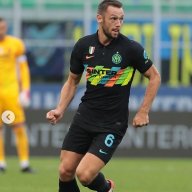 Frustrating to get the draw but in the end a fair result for both sides. Do think once we get on top of teams we need to have more of a killer edge than we do right now.

Opie said:
Frustrating to get the draw but in the end a fair result for both sides. Do think once we get on top of teams we need to have more of a killer edge than we do right now.
Click to expand...

Yea you are totally right, we are never comfortable when we are only 1 goal in the lead, even at 2 some of us are still nervous. Like you say, a point is a good result, just disapointing we couldn't get the 3 which was achievable.

10 years of FIF
Most Optimistic Member
Transfer Guru
Barella is such an awesome midfielder for us now.