What a hard game

Forum Supporter
10 years of FIF
We need to trade him( Sensi) there's no other way. We need to move on from him. Frattesi in.

DDA, Rano, and Dimarco is a borderline banter era back 3

Pinamonti is peace of shit)
P

bubba zanetti said:
I wouldnt mind.This means no chance for Brozo to get yellow that can put him out of derby.
Click to expand...

I thought he is serving a suspension for this game as he is not even on the subs bench.

Puma said:
I thought he is serving a suspension for this game.
Click to expand...

The suspension in this game is coming from last year Coppa match against Juve. 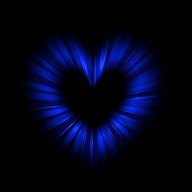 This game has been one of the smelliest turds in years.

Imagine if they had commercials throughout

Damn, I take your point, but I'd much rather take the risk on his fitness than suffer the pain of watching the other two planks.
P

Il Drago said:
The suspension in this game is coming from last year Coppa match against Juve.
Click to expand...

Okay. That explains it. So he will still be at risk if he gets carded on the weekend against Venezia. 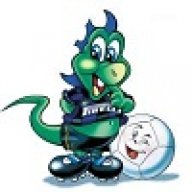 another extra 30 minutes on the joints and Correa injured...

Progressing is the only good news here.

Empoli are pretty good, well impressed. Hopefully this teaches us to not A) not fuck around and B) buy a half decent midfielder.

Best Football Poster
This match was a lesson both for Inzaghi and the players. He shouldn't have done so many changes in the starting lineup but we had the game more or less where we wanted at the end of first half. The biggest problem in second half was the mentality. We treated the second half as if the game was already over. This was unacceptable.
You must log in or register to reply here.
Share:
Facebook Twitter Reddit Pinterest Tumblr WhatsApp Email Share Link
Top