goal.com should be in tier 10
I

In Brehme we Trust
R

I guess i could add them as Tier 0 when i edit the post though like h says they don't post transfer rumours. They only make announcements.

10 years of FIF
Nostradamus
There was a time where Inter.it was a great source for transfer news as they had mini interviews all the time and articles responding to media reports, mostly about outgoing players. That's almost 20 years now.

you guys must be fun at parties
I 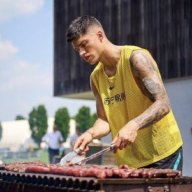 10 years of FIF
there ya go

Best Football Poster
I don't know how reliable Schira is for other teams (and I don't really care to know) but when it comes to Inter the guy is right more often than not. The last case was Lazaro where Schira was the first to report Gladbach interest. So imo Tier 2 for Schira is pretty fair.

10 years of FIF
Few examples what Schira has reported:

- Willian to Arsenal, first report on 27th of July
- Jonathan David to Lille, told negotiations on going 16th of July, done 11th of August
- Allan to Everton negotiations going on, reported already 2nd of June (this is not done but reported elsewhere too that the negotiations are going on)
- Aubameyong contract extension, all agreed, reported this on 6th of August. Let's see if they end up signing that contract.

We need to always remember, reporting a rumor does not mean a reporter is telling that transfer is going to happen. They are reporting what they hear/get to know. So their sources is the only important thing they have.

To me Schira seems to have good sources generally.

Nice thread Il Drago, very useful for many to navigate through all the "fake news" and clickbaits :datass: just wish it was not |CAPSLOCK ALL TEH WAY|H

Why is Tuttosport in Tier 4? They invent "reports" and this has been proven many times during the years! Most recent "news" by TuttoShit: Conte wants Izzo. And they kept insisting for months until the end of Serie A

So perhaps they might be Tier 4 for juBentus related shit, but definately not worth reading IMO. I rate them the same as TribalFootball - which are not even in this list at the moment

10 years of FIF
How do you know Inter/Conte does not want Izzo?

10 years of FIF
I don`t know for sure, of course, but:
1. It was only "reported" by TuttoShit
2. It does not make much sense to me. Perhaps club would discuss a swap with Gagliardini/Vecino inflating the valuation prices in the process, but I don`t buy it. Izzo did not show a lot in recent years to command such a transfer.

So far it seems that Marotta wants Kumbulla while Conte might be happy with someone more experienced like Smalldini. Very curios to see where Malang Sarr will end up on a free transfer.

10 years of FIF
It's just that Izzo has been rumored to Inter for the past 6 months or something. 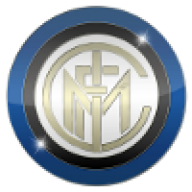 10 years of FIF
Marcelo Bechler is tier 1 for Brazil and Spain I think.

CafeCordoba said:
It's just that Izzo has been rumored to Inter for the past 6 months or something.
Click to expand...

Yes, but paying attention to the source you`ll see that it was always written by TuttoShit