Inter's appeal in the transfer market 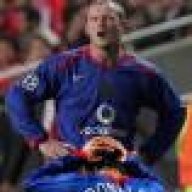 Which is kind of strange because I remember an interview on Inter.it were José said that Hleb will be our number ten. Either hes lying for some reason or Diegus has wrong info on this one

Welll José has been very specific that we need creativty or a number 10. Further he claimed Hleb was our number 10, Luka its no point in denying it, either José or Diegus lied. Its not like hes going the bench to only player with creativty when he himself has claimed that Inter is lacking in creative force.

10 years of FIF
But Jimmy you can't tell me it's not logical:

Say you're a coach, and you need only a winger. You want the club to get you Messi, and instead get you someone like Nani, who is a decent winger, but it 1/4 player Messi is. So the first one fits the bill, but you won't consider him the same as with Messi, because you're not sure whether Nani will do good enough or not, while you're confident Messi will be great, because that's who you asked for.

I don't think it's unlike scenario. Again, just because Hleb would be the player Jose asked, doesn't mean he fits in 100% what Jose asked for. If Sneijder is number 1 on the list, and Hleb is number 10 on the list, he doesn't rate Hleb as much as he would rate Sneijder, thus he won't give Hleb the same position in the team as he would give to Sneijder.

Hleb was seen as number 10 by Jose, agreed.

But that doesn't mean he rates him that much as he rates Sneijder. If you get a Lamborgini Diablo, you'll be extatic. But if you could get some very nice 30 000$ car, you would be happy as well, but not the way as in case a).

Jose was honest with Hleb. He would probably start the season in this position, but he wouldn't have a sure spot, like Sneijder would have, which was either on top of his list of pottential candidates, or very close to the top.

In other terms, he didnt agree with the mangement and decided that Hleb wasnt good enough and called him to say bye bye. Its not a good thing if the mangement made a transfer didnt like and José made it fail. Its something fishy about it

So Sneijder was our no.1 target? Not sure about that, his name only emerged as of late.

Hammoudi said:
So Sneijder was our no.1 target? Not sure about that, his name only emerged as of late.
Click to expand...

Yeah, he was our "no.1 target" only after RM started to get Xabi Alonso.

Jimmy Page said:
In other terms, he didnt agree with the mangement and decided that Hleb wasnt good enough and called him to say bye bye.
Click to expand...

You're not getting the point.

Jose didn't call him and said he doesn't want him. He told him that Hleb is welcome to his team, but Jose won't give him the guarantees, he will be a first team player. Hleb wanted the guarantees, so he picked VFB that could give him that.

ps. If Sneijder wasn't number 1 on Jose's list, I think he was most likely second, after Deco.

They have all the money in the world and is historicaly the biggest club in the world with the most CL trophies as well.

Not comparable in any way.

and :dielaugh: at us being CL contenders, i hope that was a joke.
Click to expand...

Then we won the next year

Has to be the biggest anti-jinx in the forum's history. Azz

Best Football Poster
Speaking of 2009-10, few days ago Jermaine Jenas said we had tried to sign him in winter mercato of that season but Tottenham wanted Muntari in exchange so the deal didn't materialise. Does anyone remember anything about that?

10 years of FIF
Nostradamus
Yeah. We were desperate back then to get an extra body in midfield.

The name surfaced back then but no clue if it was solid interest or the agent just trying to seal a move through the back door.

Devious said:
Then we won the next year

Has to be the biggest anti-jinx in the forum's history. Azz

LOL AZZ was a special kind of retard..... Did he not turn Real fan and then some years later came back claiming to now be a jube fan?

Adriano@10 said:
LOL AZZ was a special kind of retard..... Did he not turn Real fan and then some years later came back claiming to now be a jube fan?
Click to expand...

Luka said:
Take it Hamm for what its worth to you, but Diegus said, that Jose called Hleb, and told him he will not have guaranteed place in the first team(cause Jose didn't rate him high), and that's when Hleb decided to go to Stuttgart.

It's not that hard to believe in that scenario, it would fit perfectly.
Click to expand...

Bit unrelated but how is our boy Diegus doing?