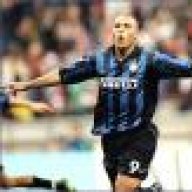 I think its quite likely that in the last 20 years, Inter have been THE WORST in the world for "owner's pockets". The only time our owner's pockets have got ANY money is when they got rid of the club.
Click to expand...

How the fuck do you think this debt was accrued? By OWNERS saying "Hey, I am owed the money I lent to the club, still!" All that happened is Goldman Sachs took over the debt from the previous bankers + Moratti.

If an OWNER INVESTS in his company, HE IS NOT OWED THE MONEY. He has invested it. He has a right to the PROFITS that the company generates, not repayment of his investment (the difference between debt and equity).

Inter is paying for its past, yes, but more specifically, we are paying for the fact that previous owners DID NOT take a loss (for their poor investment decisions). They decided to LEND money to the club, not INVEST in the club.

Fuck it, I am dealing with financial illiterates. This isn't a free college course in Accounting and Finance.

achilles said:
Fuck it, I am dealing with financial illiterates. This isn't a free college course in Accounting and Finance.
Click to expand...

Well, I'm sorry for reading it then. I'll make sure I forget everything as soon as possible. Thanks anyway, it was worth the shot.

We wonder why the club is all kinds of fucked up, meanwhile the fans don't know the difference between debt and equity.

For years we repeated that Moratti 'invested' in the club that we started to believe it!

When in financial fact, he was LENDING money to the club. A difference which we are paying for, to this day.

10 years of FIF
How would you know that debt from goldman are from moratti? You have no fucking proove of that yet your here attacking mm! On top of that moratti put in over one fucking billion into inter so even if the whole debt of 417 mio he still would have payed a shit ton out of his own pockets.
I dont belive for a second that moratti did not pay a lot out of his own pockets.
You must log in or register to reply here.
Share:
Facebook Twitter Reddit Pinterest Tumblr WhatsApp Email Share Link
Top