i know Roma has lots of injuries, but the players they have playing should also perform better. They are not all as shit as they look.

10 years of FIF
Forum Supporter
So he takes a horrible managerial job, and uses every opportunity in the media to complain about how horrible of a job it is

IM21 said:
i know Roma has lots of injuries, but the players they have playing should also perform better. They are not all as shit as they look.
Click to expand...

They're actually worse than they look.

10 years of FIF
He will end in a mid-table Portuguese team i guess. 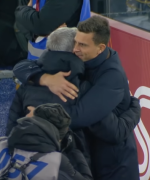 He never shied away from saying what is what in the Italian league. 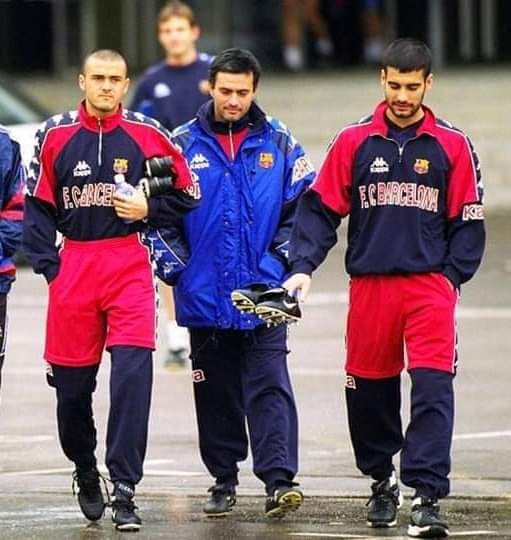 Can you translate what he's saying please? Thanks

Abu Bader said:
Can you translate what he's saying please? Thanks
Click to expand...

"Today, tomorrow and always Barcelona will be in my heart." Not sure about the rest of the words.

10 years of FIF
FIF Special Ones
Stumbled across this on YouTube. Figured this would be the best thread to post it.

Honestly looking back at this what I took away the most was how exciting Balotelli was as a prospect back then. He scored some really important goals in some clutch moments. Just a 19-20 year old, such a shame.

10 years of FIF
Nostradamus
Typical media, pretending as if Mourinho is wrong here

Jose Mourinho has criticised his Roma team for being "weak" and "lacking personality" after they blew a 3-1 lead to lose 4-3 to Juventus.

"We were in total control for 70 minutes," he told DAZN.

"The team played really well and had the mentality of taking control, we came out and started strong. We had this idea of the high press, of controlling the tempo and taking the initiative.

"It was so good for 70 minutes, then there was this psychological collapse. The 3-2 killed us, because Felix [Afena-Gyan] had an extraordinary game, which finished with a sprint against [Juan] Cuadrado. I take him off and his replacement [Eldor Shomurodov] gets it all wrong.

"When we allowed them back in for 3-2, a team with a strong mentality like Juventus, a strong character, the fear set in. A psychological complex. It's not a problem for me having 3-2, it's a problem for them. For my team.

"At the end of the day, when you're in the s***, you get back on your feet and find your character. But there are people in this locker room who are a bit too nice, a bit too weak.

"I already told the players, if the game had ended at the 70th minute, it would've been an extraordinary performance. Unfortunately, it didn't end then."

He added: "I never thought my personality was enough. I thought it could be a bit easier. For 70 minutes we played a game that is also a consequence of the talent we have, but in the main choices of the squad and the players who play there is often a lack of personality, even in managing emotions and in the game.

"I want to work here every day of these three years, not a day less. I need help from the club that really matches our potential. Now we're signing two players on loan to help the team, one was Maitland-Niles and another midfielder who I think will arrive next week. A player with more physicality and personality, suitable to have some responsibility.

"This thing of playing in the comfort zone, of playing to be six to seven is too easy for some personalities. We need to get out of this mentality.

"After Milan I told the guys that it's them who has to move closer to me, it's not me who has to become similar to their psychological profile. I don't want to."


We've really never seen him blame individuals, so I think we can understand how shitty this Roma squad is.

10 years of FIF
FIF Special Ones
https://www.reddit.com/r/soccer/comments/s14nr5
Seems there is not a group of players mentally strong enough for Mourinho these days.

thatdude said:
https://www.reddit.com/r/soccer/comments/s14nr5
Seems there is not a group of players mentally strong enough for Mourinho these days.
Click to expand...

Calling them out on their bullshit doesn't even work anymore since they don't care. Theyonly care about the money and lifestyle, not the trophies or winning.
And Roma has a pathetic squad, I mean look at that!

10 years of FIF
I don't know about his stints in the EPL, but if you'd have watched roma-jube, you'd have to agree that he's absolutely spot-on.

On the other hand, any coach of the current Roma team would have to have his tactics completely backwards to not only lose to Bodø/Glimt, but get thrashed by them 6-1. Mourinho blaming his team's weak mentality was, ironically, weak on his part.
You must log in or register to reply here.
Share:
Facebook Twitter Reddit Pinterest Tumblr WhatsApp Email Share Link
Top