Thanks Fab. :star: Now we just wait for you (also others than Fab) who know about Curva's groups to share your information.

This thread was surely missed here.

There are the 5 biggest groups of Ultras who sit at the front of the 2nd tier of the green seats at the San Siro (Curva Nord):

Then there are a few smaller groups such as Milano Nerazzurra, Boys sez.Roma, Boys Veneto, Gruppo Brusco, Monkeys, Perversi, Bulldogs and others.

Milano Nerazzurra, and the 2 Boys mentioned above site on the far left and far right of the front of the Nord but are not as influential as the 5 mentioned in the post above. The others are based further up the 2nd tier...
Last edited: Apr 22, 2008 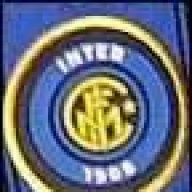 Do all the Ultras get along?

All of the groups have their own banners which are placed in La Nord every time Inter plays. Here are the banners from the bigger groups:

FIF Special Ones
10 years of FIF
What about them?

BFC82 said:
Do all the Ultras get along?
Click to expand...

Now days they do. However this was not the case in the early days when based mainly on their political standings different ultras groups where beginning to take shape.

The groups who several times clashed violently with each other were Boys and Potere Nerazzuro.

Great topic. I just wanted to know which group is the one that makes racist chants sometimes.

Hamed said:
Great topic. I just wanted to know which group is the one that makes racist chants sometimes.
Click to expand...

Irriducibili members are mainly involved in such chants.

Also back in the 80th Boys SAN (Squadre d’Azione Nerazzurre) were pretty active in that front.

The Inter ultras are today apolitical, but back in the 70s and 80s, this was not the case. The Curva Nord Milano was very much aligned on the right and formed a trio partnership with Lazio and Verona ultras. Together, these 3 teams provided some of the most racist fans in Italy. To further the point, there was a ultra group named SKINS back then. No points for guessing just what that meant.

Boys S.A.N has always had control over the Curva Nord since the 70s. In a way, the ultra groups have the same mentality and this has helped the entire Curva to gel together in comparative harmony.

In terms of violent groups, the ones that seem to make the most trouble are from the Viking & Irriducibili sections (right of Boys S.A.N). They are probably the ones who threw the scooter too.

Btw, just some trivia. Viking Inter has the biggest flag in the Curva Nord. If you pay attention to them, they wave a white flag with the colors of the city of Milano and their name on it. It's pretty huge.

Those pics are nice :star: Please God, don't take my soul before I have the chance to witness and live this experience first hand.

If I were ever to go there, which group would you recommend me sitting in? Do you have to be a member of them to sit in their own section?

All right then, I might just stick around somewhere and keep a low -profile . It'd be nice though to sit behind them or opposite them to see them in action.

So nobody here actually sat anywhere with the Curva? I thought it was an opened place.

Hamed said:
All right then, I might just stick around somewhere and keep a low -profile . It'd be nice though to sit behind them or opposite them to see them in action.

So nobody here actually sat anywhere with the Curva? I thought it was an opened place.
Click to expand...

What? Frisko!!! Lucky guy, I didn't know Frisko was a right-wing trouble maker. He got me with his nice englishman disguise. :dielaugh:

Forum Supporter
10 years of FIF
Ive been standing in Curva Nord 6 times. I would not change even one of those times with any other occasion that Ive been to Meazza!

I know my ticket for the Inter Milan game (Tue) is not for Curva Nord, Yet with my usual trickery I'm trying to get away with it

So you still going to the game? Nice spirit man. :star:

Just don't come with the suit and try and blend in with the Curva nord I don't want the commentators to say: "It seems there is guy being passed around in the Curva nord, poor soul, they are taking the frustration on him"