Most Improved Member
Fucking Cunte can you believe this shit Tottenham: £70m ‘machine’ could ‘be coming’ to Hotspur Way

Tottenham Hotspur target Lautaro Martinez could ‘be coming into’ the club this summer, according to journalist Jacque Talbot

Forum Supporter
10 years of FIF
Good job convincing Lautaro and his young family to move to England and Spuds of all clubs. No offense to them but c’mon.

Conte is gone in a year anyways. Max two 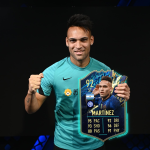 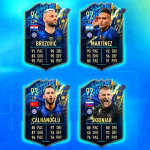 10 years of FIF
This was at Football Italia:

Only two Serie A players broke into the top 20 of CIES Football Observatory’s Most Valuable Players list, which is topped by stars like Kylian Mbappe and Erling Haaland.

Serie A is starting to become a more celebrated league in Europe again in recent years, with many neutral fans now starting to keep an eye on things like the recent title race between Milan and Inter. The Italian topflight could be on the precipice of a renaissance period, even if it’s unlikely to match the heights of the 1990’s.

As detailed by CIES Football Observatory, the most valuable player in Serie A is Inter striker Lautaro Martinez, who has an estimated market value of around €106.7m, putting him 10th overall, just ahead of Bayern Munich’s Jamal Musiala (€105.3m) and just behind Barcelona’s Ferran Torres (€109.5m).

The other Serie A player who breaks into the top 20 is 18th place Nicolo Barella, who is estimated to be worth €94.9m, a little less than Manchester United’s Bruno Fernandes (€97.8m) and a little more than Chelsea’s Kai Havertz (€93.6m).

Forum Supporter
Nice, flattering list for Inter. Chiesa would be 100m if he wasn't injured

10 years of FIF
Nostradamus
As usual, the list is quite terrible

this is probably the best option out of any other. Get Lukaku, Dybala, Bremer, Asllani and Bellanova, while only selling Lautaro and De Vrij + some of the younger guys... oh and get loftus cheek as well.

10 years of FIF
Big mistake to sell Lautaro for Lukaku.

Not even for Lukaku. For a loan of Lukaku.

The more important question is: would Dzeko - Lukaku work?

Lukaku needs to piss off.

Weren't Lukaku and Lautaro great friends? I find it hard to believe even Lukaku would force a move if he knew it meant Lautaro would have to go.

BasedGodPunk said:
Weren't Lukaku and Lautaro great friends? I find it hard to believe even Lukaku would force a move if he knew it meant Lautaro would have to go.
Click to expand...