Il Drago said:
People often refer to the Barcelona game as if they played with the youth team. They started with Lenglet, Umtiti, Firpo (Inter rumored target), Rakitic, Vidal (another Inter rumored target) and Griezmann. In the second half they subbed in De Jong and Suarez.
Click to expand...

People also forget we were missing 5 players in that game too. It was far from our first team.

Inter: get the CL spot

18/19:
Inter: Advance in coppa as far as possible. Make sure we go to CL next season too and this time make it sure before the last day. Look, we want to close the gap between us and rube next season, so prove us we should continue with you.

Spalletti: ok, but for this I need Radja at all cost, I don't care if you sell whole academy for that, bring him.
Sabbatini: maybe we should sell Icardi and buy Cancelo, Rafinha, they saved your fucking ass?
Spalletti: no, I am not done with the soap opera yet, next season promises to be even more entertaining, so fuck those two, sign Vrsaljko instead of Cancelo. Fuck Rafinha, Radja is all I want. Ausilio: ok, anything else, maybe Berardi?
Spalletti: Fuck Berardi, better sign Politano. And bring Keita, De vrij, Assamoah.

Halfway through the season:
- eliminated from CL in the group stage
- Radja drinks alcohol more than a horse drinks water. NightClubs, cigarettes, nostalgia about Roma, but nothing about performance.
- Vrsaljko injury, flops, injury, flops, injury and gets replaced by Soares
- Lost his grip on Icardi, Perisic, the locker room turns in to chaos.

10 years of FIF
Nostradamus
Not really what happened though. 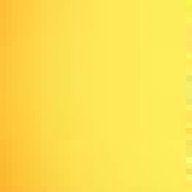 Zaniolo for Radja thanks again 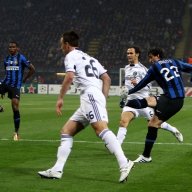 In hindsight this baldy did more damage to us than good. 1. He sold Zaniolo for a player he knew was a mess and needed babysitting in the training ground at night.
2. Even though he got offers (Milan/Viola) he refused them bc Inter wouldn't pay him to leave. 3. We are stuck with Conte bc we can't afford to have three managers.

His first season was decent. Maybe we expected more than what was possible in his 2nd year; it was a bit of a disaster really.

Fiorentina are being linked with former Inter coach Luciano Spalletti, as the pressure mounts on Beppe Iachini. Fiorentina are 12th in the top tier after four games and haven’t won since Serie A Week 1 against Torino on September 26.

The 2-2 draw with Spezia last weekend has reportedly pushed the Viola hierarchy to consider replacing Iachini at the helm.

Il Corriere dello Sport claims Spalletti, who is tied to the Nerazzurri and guaranteed €400,000 a month until June, is wanted at the Artemio Franchi.

Former Juventus coach Maurizio Sarri has also been mentioned in links with Fiorentina, who prepare to face Udinese at home on Sunday.

Fingerz crossed somebody finally take him off our pay-roll!
P

Forum Supporter
Most Pessimistic Member
I highly doubt any respectable club would want him but then Fiorentina is a relegation level club. He is like Conte. He gets worse with age.

Is he still under our contract? Just in case we're so broke to bring anyone else. At least he knows how to set our defense properly, unlike our current 12M/y coach who accidentally a Rube legend and was hired by another ex-Rube CEO

Ffi201zi002tlis said:
Is he still under our contract? Just in case we're so broke to bring anyone else. At least he knows how to set our defense properly, unlike our current 12M/y coach who accidentally a Rube legend and was hired by another ex-Rube CEO
Click to expand...

Yes he is until next June iirc. I don't mind seeing Perisic or Hakimi doing crosses hundred times per game until June as long as our defense is good

Best Football Poster
No thanks to a Spalletti return. The team was unbearable to watch at the end of his tenure, he was as stubborn as Conte with his favorite formation (4-2-3-1) and his subs were equally cowardice. Spalletti is good enough for a top 4 finish but he can't deliver something more than this.
P

Forum Supporter
Most Pessimistic Member
The trend in serie a is to look for a low cost coach when a top paid coach is fired. So it seems our next coach will probably be Sassuolo’s coach.

10 years of FIF
Nostradamus
Maybe we go ultra low cost with Cambiasso.
B

Honestly De Zerbi is a very good coach. Cant say how he'd do at a bigger club, but his team plays good, modern football.

CoolMan44 said:
Honestly De Zerbi is a very good coach. Cant say how he'd do at a bigger club, but his team plays good, modern football.
Click to expand...

De Zerbi reminds me a lot of Di Francesco when he was at Sassuolo. He's an interesting choice but going for him would be a gamble. I can see Inter going for him only if we can't afford a more established coach. Personally i would prefer a more defensive coach after the defensive struggles we've been having this season.

Il Drago said:
. Personally i would prefer a more defensive coach after the defensive struggles we've been having this season.
Click to expand...

Him or Mourinho would be the perfect choice. Although Mourinho is my favorite coach at this stage I would prefer Simeone because he showed he can be loyal to a club(as long as they pay him 30M? ). Mourinho is only at a club for a short period. I thought he said somewhere that his believe is that a coach shouldn't be longer then 2/3 years max at a club. After all the shit storms we've been through it would be good to have a some what stable situation with a coach who is here longer then 3 years.

That's the one i have in mind as well. He has stagnated at Atletico and he can't offer them something more. He needs a new challenge. Hopefully he realises it sooner than later.

Il Drago said:
That's the one i have in mind as well. He has stagnated at Atletico and he can't offer them something more. He needs a new challenge. Hopefully he realises it sooner than later.
Click to expand...

He does realize it but at the same time he's not one to simply jump ship and just get a job. He will leave Atletico on his own terms, to get to the right club. He has no reason to resign from there, he still keeps the club at a very good level but they cannot help him elevate to the level of Real Madrid and Barcelona.

Look at how many managers have been considered to 'regress' just because they were at a bad fit of a club. Mourinho is one. Ancelotti is another. Even lesser coaches like De Boer (moving to Palace after Inter was suicidal) or Mazzarri.

Laurent Blanc after leaving PSG still has not found another club. He could have been an option for Man Utd instead of Solksjaer for example. I think he's just waiting for the French NT job to become available again, unless Barcelona comes offering him a job I guess. It's been over 4 years since he's had a job and he was very good wherever he was.

If Inter becomes available for him, I'm pretty sure he'll lean towards coming. The same may apply for a Lazio call, assuming they are in a position to succeed and not in the mess they were in the mid 2000s for example.
You must log in or register to reply here.
Share:
Facebook Twitter Reddit Pinterest Tumblr WhatsApp Email Share Link
Top