DARi0 said:
Ronaldo Luis Nazario de Lima scored 88 goals by taking the ball around the goalkeeper during his career. That is 21% of his career goals scored by beating the goalkeeper. Truly remarkable.
Click to expand...

what are the comparisons with some other players, where can i find that stat for others?
C 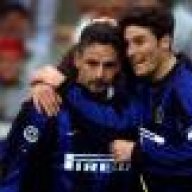 10 years of FIF
Nostradamus
By far the greatest player I've seen in my life despite all that.

brehme1989 said:
By far the greatest player I've seen in my life despite all that.
Click to expand...

and he was that great without even really ever being that serious...thats the scariest part lol, he didn't give a damn about practice or training, man was always partying, he just showed up, destroyed defenses and went back to partying lmao

Peakwise Ronaldo is the best I have ever seen, To think what he accomplished after such a serious injury is a testament to his talent.

Adriano said:
and he was that great without even really ever being that serious...thats the scariest part lol, he didn't give a damn about practice or training, man was always partying, he just showed up, destroyed defenses and went back to partying lmao
Click to expand...

That applied to many Brazilian (mostly) players. Maicon was similar actually. Not so sure on Adriano before his depression years. I hear he was a real professional and that's one of the reasons why he couldn't cope with the change of lifestyle after his mental state changed.

Romario was even worse. The guy booked flights to Rio de Janeiro during games and he was like, coach I won't play I'm going back home. And then they'd make deals of the sort "if you score 2 goals I will sub you at half time and you can go to the airport" and Romario was like okay. A hatrick later, Romario was on a flight to Rio

Ronaldinho frequented Mykonos while he was playing for Milan. He wasn't a scrub at Milan even if people forget he was playing there. He was actually still one of the best players in Serie A but he didn't have the same effect. He obviously wasn't at his peak, but he couldn't torment defenses the way he was doing it in Spain. I think only Gilberto Silva, Cafu, Lucio and Kaka were what you'd call model professionals from all the big names you know from the 00s.

The problem you face now had Ronaldo started his career in 2018 let's say, is that he wouldn't make it. These guys are cut before they even turn 16 and it'd be extremely hard to keep on playing football after being rejected by many clubs in your teens. How many kids out there have the mental toughness, determination and belief that they could be the best after such constant rejection? Not that many, I can tell you that much.

Have someone seen Ronaldo live? When he was at Inter? Must be great experience to have.

eduzee said:
Have someone seen Ronaldo live? When he was at Inter? Must be great experience to have.
Click to expand...

Every time he got the ball it reminded you of a childhood memory.

First time you dropped some water to flow down from some furrow or drain or something similar you managed to make. "Look at it go".

First time you set up dominoes and then flicked the first one. "Look at them go".

First time you saw dolphins prancing around the water. "Look at them go".


Everytime he got the ball, you'd be like... wow, look at him go. No one could stop him.

Just look at him go:
[youtube]O1EbkOyreJc[/youtube]


P.S: Check the Inter youtube tonight, they will show a game of his live. Sure isn't as good as being at the stadium at the time, but television would do.

Materazzi spoke about his former teammate Ronaldo and his move to AC Milan later in his career.“I’ll tell you one thing, he would have wanted to come back to us, I know that for sure. He didn’t even want to leave in 2002. In the locker room I knelt down in front of him and asked him to stay but he replied, ‘No, it’s either me or Cuper.’ And that’s when I knew he was leaving.”
Click to expand...

What Brehme has repeated quite a few times around here

Ronaldo names the four players – three of them Italian – who should’ve won the Ballon d’Or, goes back over the Inter showdowns with Juventus and refereeing ‘mistakes.’

Il Fenomeno spoke to Del Piero in an Instagram live chat about his Serie A career and the infamous Mark Iuliano challenge in that match against Juventus in April 1998.
“I can understand mistakes and referee can get it wrong too,” said Ronaldo of the denied penalty and later eruption of the Calciopoli scandal in 2006.
“I’ve no problem with the players, you all had nothing to do with the story of Luciano Moggi, Roberto Bettega and the rest… We had some wonderful games against each other and you really didn’t need all the stuff going on behind the scenes.”

Inter and Juve collided for the Scudetto again in 2002, culminating in Ronaldo crying on the bench after a final day 4-2 defeat to Lazio on May 5.
“I had already realised thanks to the incident in the Atalanta game that my future would have to be separate from Hector Cuper, but I had to respect him and finish the season.
“I think we lost it on May 5, there was no other interference, because we were top of the table going into the final weekend. Lazio had nothing to play for…
“In the weeks leading up to that game, there were too many strange things going on like the rumours Alessandro Nesta was coming to Inter and we went in too relaxed, which was a huge mistake, because Lazio had players who could hurt us at any moment. We lost it because of our attitude.
“That is a wound that remains fresh, especially as every May 5 people tag me in on Instagram posts with images of me crying. They never forget the anniversary. Having said that, I appreciate the defeats as well as the victories, because in football the important thing is to be there and take responsibility.”

Ronaldo’s career had plenty of downs as well as ups, none more so than his double knee injury.
“I had played for four years in a row without any physical problems, but I still say we trained differently from 2000 compared to what we did before. I had these long runs trying to keep up with the tempo set by Marcos Cafu or Roberto Carlos, and that was just not necessary. It was traumatic.
“I don’t want to blame anyone, but the only explanation I can give is that I didn’t train well before the year 2000. I got hurt again after that, so maybe it’s a controversial theory. I then got injured again, same injury but the other leg, when playing for Milan.
“I learned so much from that injury and certainly became a better man because of it, understanding just how much I loved football. I was a little afraid after the first injury, as people said it was the end, that nobody had ever sustained an injury like that in football, but I felt that I’d get back out there.”

Ronaldo cherishes his time in Italy and believes Calcio figures didn’t get the rewards they deserved.
“I’d say there are four players who didn’t win the Ballon d’Or, but should’ve done: Alessandro Del Piero, Paolo Maldini, Francesco Totti and Raul. I’d also add Roberto Carlos, who was twice in second place behind me.” 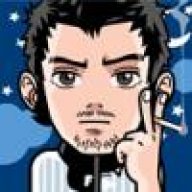 eduzee said:
Have someone seen Ronaldo live? When he was at Inter? Must be great experience to have.
Click to expand...

Ya I remember his injury when he came back from injury on the Lazio game? When he just fell on his own doing his dribble after 5 minutes and started crying with pain. I cried like a bitch the whole afternoon.

Simeone, Mancini, Mihaljovic on the pitch playing for Lazio, I feel old af

Ronaldo lasted just half the 2006-07 season with Capello at Madrid as he was then sold to Milan in January, and the legendary coach reflected on his time spent with the former Inter striker.

“But at the same time, he caused me the most problems inside the dressing room.

“He used to organise parties. [Ruud] van Nistelrooy once told me, ‘boss, you can smell alcohol in the dressing rooms here.’

“Then, when he went to Milan, we started winning. But in terms of talent, he was the greatest without a doubt.

“Today we have a good relationship. We chat courteously and with pleasure.”

Cole scored 24 goals in 50 games in the 1998/99 campaign, including five goals in ten Champions League matches.

The striker netted a decisive goal in the dramatic semi-final victory over Juventus but failed to score in the quarter-finals against Inter Milan, perhaps due to being awestruck by Ronaldo.

“I remember when we played Inter Milan that same season and I lined up in the tunnel and I saw Ronaldo. I’m not gonna lie, I nearly wet myself!” he told the Beautiful Game Podcast.

“This is the guy I’ve watched for years. I’m talking about a baller, a straight baller. He had everything in the locker and I’m standing in the tunnel at the San Siro and I’m saying: ‘This is sick!’, but when you’re at that level and you think, ‘Man, I’m actually at this level with these guys. I’m on the same pitch as these guys, I’m on that level’, it’s surreal.

“I’m always honest and I’m always open when it comes to things like this. Playing against these kinds of guys. It’s something that when I do take the opportunity to look back, I say to my boys: ‘I’ve done alright. I’ve half made it!’.”

Cole knows we deserved to see Ronaldo without the injuries.

“If you speak to a lot of the kids now and you speak about Brazilian Ronaldo, they look at you like you’ve got three heads because they don’t know who he is,” he added.

“If we take away his injuries, he could have gone on to win Ballon d’Or after Ballon d’Or and scored a zillion goals. He was a baller! He was an absolute baller.

“Of course, we’re gonna talk about Cristiano Ronaldo on that level as R9 because that’s what we see now, that’s what the kids see now – but if you take away that injury, he was sick, a proper baller.”

Was he a baller though?

"It didn't go well, but Silvio Berlusconi and above all Adriano Galliani cared for me so much. The rapport with them is a memory that still makes me smile to this day. The respect remains."

“I didn't feel that I was a traitor in joining Milan, but rather that I had been betrayed by Inter. It wasn't a popular choice, but I've never been afraid of those."
Click to expand...

Nice try to spin it, Ronaldo, but the world doesn't end in Milano, you could have chosen 20-30 other teams.

The world does not revolve around one club.

Javier'sSon said:
The world does not revolve around one club.
Click to expand...

Come on... Come on... If you have an important history at Inter, and then you go to either milan or juventus of all teams, you take the heat.

The very same fact that he thinks he needs to justify after so many years, when nobody was discussing this anymore, tells a lot about Ronaldo himself. He knows he did something wrong, and he's trying to spin it.
You must log in or register to reply here.
Share:
Facebook Twitter Reddit Pinterest Tumblr WhatsApp Email Share Link
Top