10 years of FIF
Impressive blow out by GSW yesterday, when they re all clickig their just to much to handle.....

Really hope Ja is okay and can play the next game though would be sad if it ends like this for the grizz
Also JA and the grizzlies coaching staff need to cut the dirty player talk i get it yiur frustrated but how on earth was that a dirty play?

10 years of FIF
Most Diverse Poster
Booker is a bit of bitch, ain't he? I still feel Suns are going through, but getting to Game 7 is big for Mavs.

Plyed with a lot of all stars and MVPs in his career... 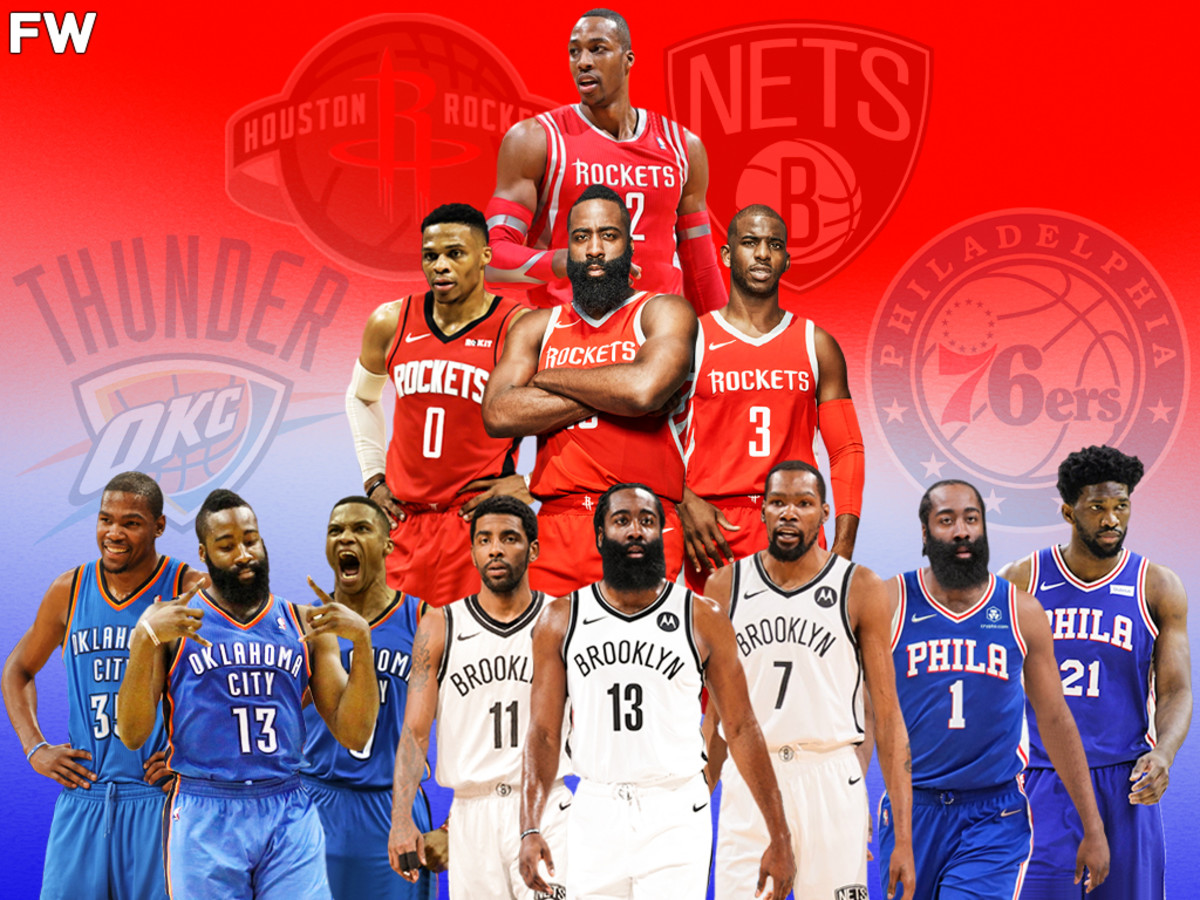 And not one ring or finals appearance (as a starter)

10 years of FIF
Weird fucken playoffs feels like nobody is really playing great...
Suns did not look to good vs pelicans and now vs mavs.
Same goes for gsw when they played the grizz like 2 great games and the rest was meh...
Philly a disapointment as allways...
Gianis and the bucks also dont look to convincing...
The heat had it rather easy...

Imho only boston is playing to their full potential..

10 years of FIF
Most Diverse Poster
I've been saying for the full year that East is winning it this season. Mavs, Suns or GSW ain't beating Boston or Bucks

10 years of FIF
Most Diverse Poster
Actually add Heat there, Jimmy Buckets has been balling this playoff

wera said:
I've been saying for the full year that East is winning it this season. Mavs, Suns or GSW ain't beating Boston or Bucks
Click to expand...

Meh my favs are still the suns they came close last year and they are clearly better than they were last year.
Not so sure about the bucks without middelton or with him but just returning from injury.

Although imho Giannis is clearly the most dominant player currently in the NBA so ill never dismiss him/ the bucks.
Celtics as i ve said imho the only team that is playing way above expectations still not sure thats enough for the title though.
And somehow i just dont see miami winning it.

That all being said i do think it s the first time in a long while where i think all of the eventual conference finalists have a decent chance to win it.
Also imho match ups are gonna matter a lot.

PAUL ONLY 10 POINTS, BOOKER ONLY 11 POINTS AT HOME

SUNS THE BEST TEAM AT HOME, BEST TEAM ON THE ROAD FOR THE WHOLE SEASON

10 years of FIF
LOL i guess i could not have been more wrong in my predictions....

Those conference finals are gonna be fire...

10 years of FIF
Most Diverse Poster
I'm not even a Mavs fan and I'll be cheering for GSW for sure, but what Luka did to them was amazing

wera said:
I'm not even a Mavs fan and I'll be cheering for GSW for sure, but what Luka did to them was amazing
Click to expand...

Same also i just love watching luka....
Plus i think he ll have to be spectacular to beat GSW so if he pulls it off kudos to him.

So many turnovers, bad passing, you can see anxious from their shooting, Ayton missing easy layups.
GSW and Mavs would be 3 points fest.
Celtics are dangerous and tough.

10 years of FIF
Most Diverse Poster
Mavs don't have Klay. I think GSW in 5, Luka will have to go truly god mode to beat them and after 2 seven series I don't think he has the stamina to be dominant every game.

wera said:
Mavs don't have Klay. I think GSW in 5, Luka will have to go truly god mode to beat them and after 2 seven series I don't think he has the stamina to be dominant every game.
Click to expand...

yeah hard to see the mavs winning a 3point contest against GSW...
That being said klay has been very inconsistent...

10 years of FIF
Most Diverse Poster
Yeah but he is also good in defence, he really looks back in his element. I say Klay and Wiggins will be ordered to be on Luka duty 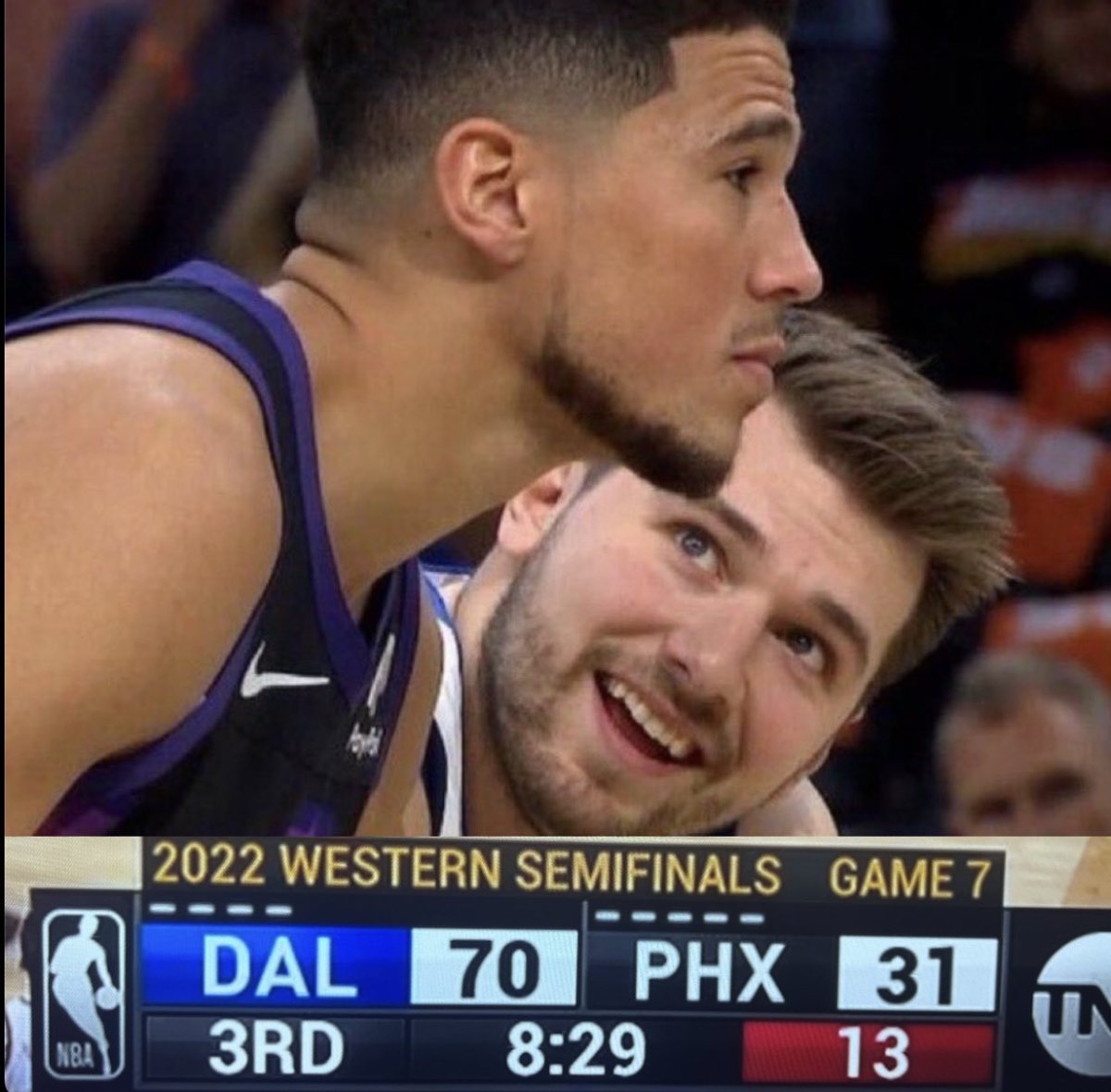 That's what ESPN gets for pushing Booker on us as the next Kobe. He's done nothing to warrant the comparisons, start with a ring, mvp or at least a scoring title, then talk that shit. Good player but not elite.

Point God going out bad, the Doc Rivers of players, even Pat Bev cracking jokes. Hate to see it.

What a joy to watch him destroy the Suns, he's so good in elimination games, man is built different. Speaking of elimination games, that was the 1st game 7 for many of the Suns like Brook and Ayton and it was very apparent that they were nervous and couldn't play their normal game. They will learn from this, they are a very good team.

From the teams left I'm def rooting for Luka and Buckets. Hope they meet in the final. Fuck. The. Warriors.

wera said:
Mavs don't have Klay. I think GSW in 5, Luka will have to go truly god mode to beat them and after 2 seven series I don't think he has the stamina to be dominant every game.
Click to expand...

Well at least one of my predictions came through. GSW has a better bench, that's why they could keep the scores so high almost every game.