10 years of FIF
Nostradamus
The point is the STADIUM. Not its seats, its facilities, its shops, the people that show up and so on.

You can improve the seating arrangement, you can create better facilities, you can modernize everything, make the grass deteriorate slower, you can put more shops and make better tours... but you cannot recreate this stadium fundamentally! It's simply the best.

The new Wembley for example is an excellent stadium, great seats and so on. But it doesn't offer a great football atmosphere, at least compared to other similarly rated stadiums ( https://www.worldstadiumdatabase.com/list-of-uefa-category-4-stadiums.htm ). It's similar to the Olimpico of Rome but just more modern. The lack of a track is barely noticeable when you compare the two in terms of atmosphere production.
Call it sentimental or whatever, but it's simply the truth. The San Siro is one of the few large football stadiums with a heart beat and characters. Most new ones are just bricks & concrete, seem soulless and their main attraction is everything other than the sporting aspects.

oh, ok, right, without mentioing "san siro" for some reason i didn't think of it.

brehme1989 said:
My point stands.
German crowds and Celtic and various others have excellent atmosphere. That doesn't change anything. And I'm talking about the stadium itself, not the atmosphere the fans create. That could happen in any stadium.

But entering the San Siro is unreal. That stadium has a heart beat like no other. If you've ever been to an Inter-Juventus or Inter-Milan (maybe not from 2013-2016) or a big CL game you'd never argue against this. Even a tour there during the summer can be enough to realize that.
Click to expand...

I've been in a lot big European stadiums and you are right: The San Siro is something special.

But what makes our stadium special? Its dimensions and its steep ranks. But it's too big and everytime people talk about a complete renovation, they speak of removing the 3rd tier. Our stadium wouldn't be the same anymore so I think it's better to build a new one instead of a patchwork stadium. 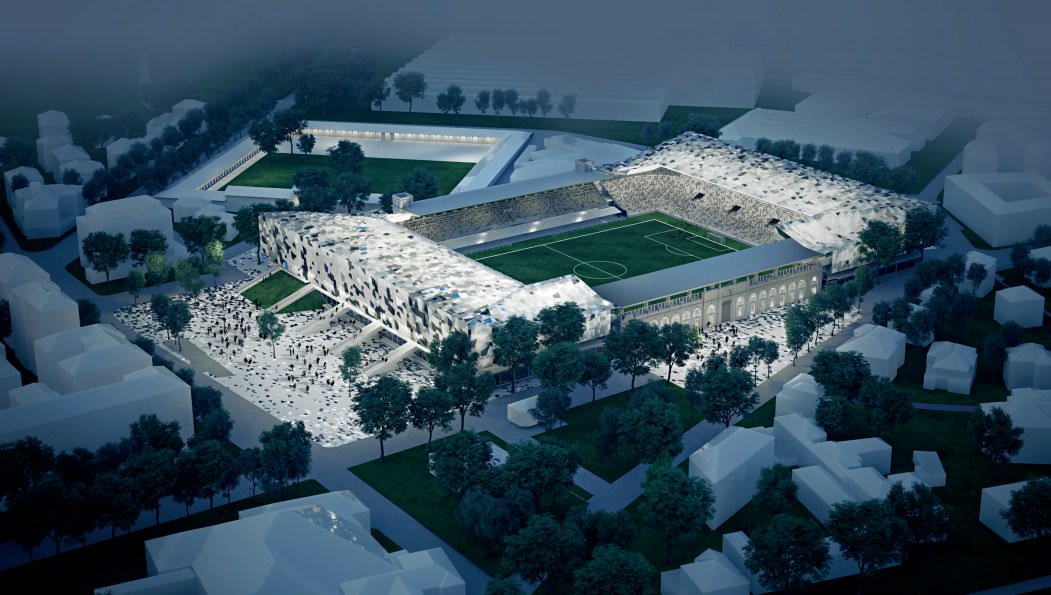 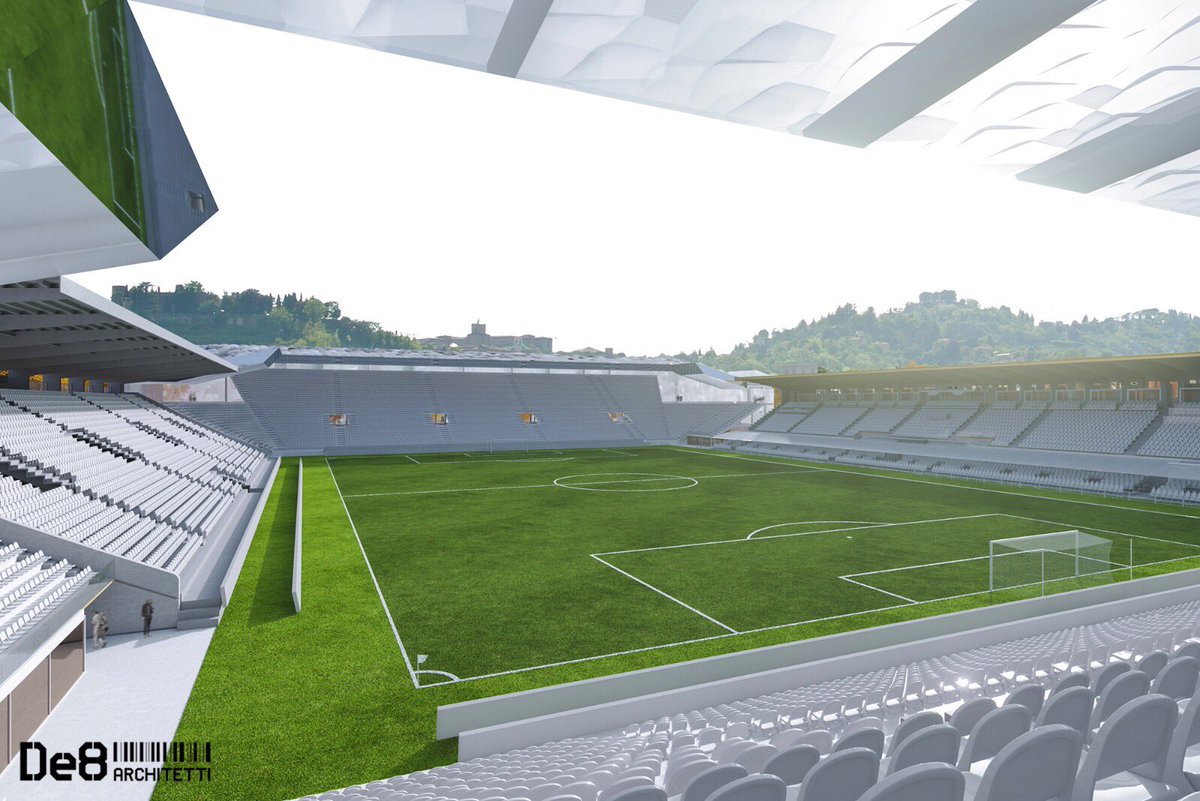 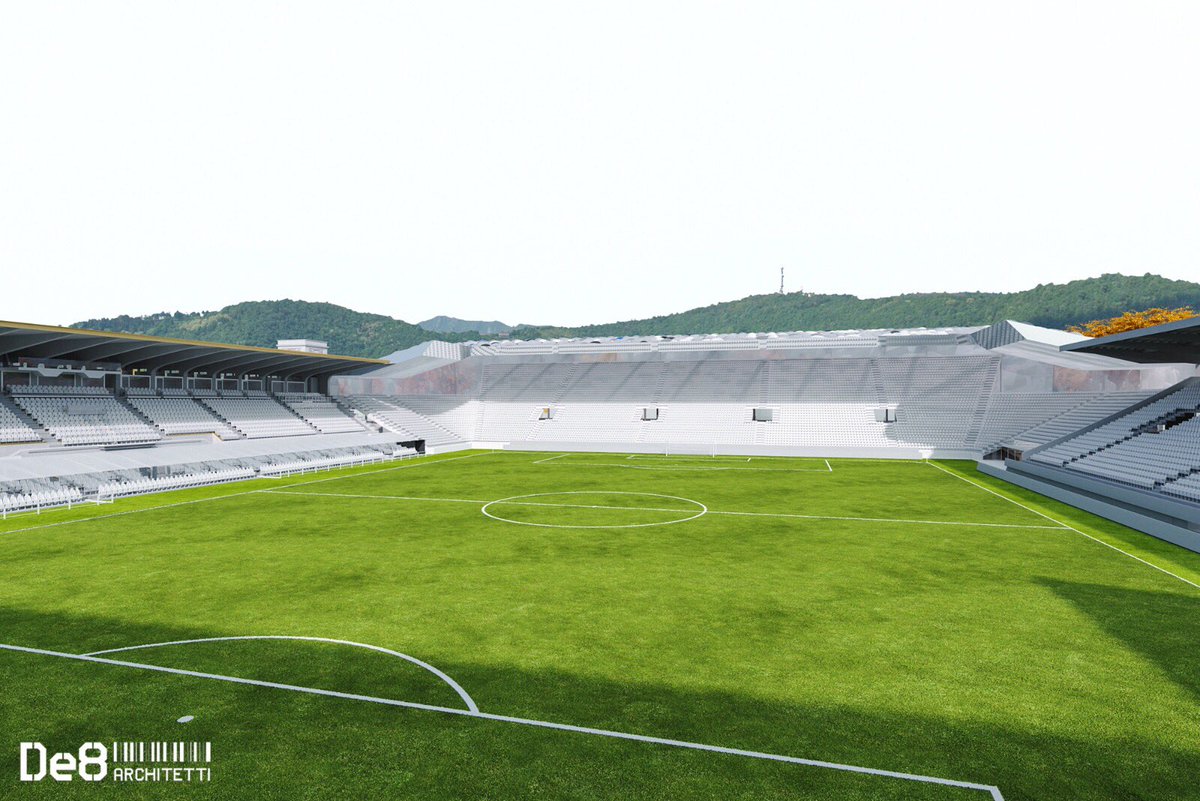 Some (one?) of the stands are protected by the historical places act or whatever which is why it seems uneven. I like the steep Curvas though

and if you were wondering if your eyes were playing tricks with you because the distance of the stands from the pitch seem wonky then you are right. They're basically squaring off the old stadium

Still much better than this though: 9 people arrested in Rome, among politicians and businessmen, for corruption related to the new stadium

Forum Supporter
10 years of FIF
Only in Italy lol

Aurelio De Laurentiis confirmed Edy Reja is returning to work with the Napoli youth team and he is purchasing land for a new stadium.

The President spoke to both the Corriere dello Sport and Gazzetta dello Sport to outline future plans for his club.

De Laurentiis intends to invest in the infrastructure of the Partenopei and make them a more modern outfit.

“We have started restructuring the Castel Volturno training ground and you’ll see the changes when it is completed. The intention would be to have 12 training pitches, based on the Manchester City model. I sent our architects to study it.

“We would have hotels, offices, the youth academy. Meanwhile, the main team would remain at Castel Volturno.

“I also signed a deal with a specialist company to find 100 hectares of land to purchase. The stadium would hold 30,000, but also be suitable to entertainment events.

“All of this takes time and there is bureaucracy to deal with, but I’d love to conclude the process within three years. That is why we’re being very careful with the planning and finding the right destination to avoid red tape issues.

“It would be too complicated to build it within the Naples limits, but we have chosen an area close to a train station.”

It's not that bad for Napoli, but I'd be expecting something like 38 with an expansion capability to 45.

The population is just around 1m people (okay, there's 3m in total in the metro area), their team is their pride and whatever, but it's not really a very successful one. So having a 30something thousand stadium is good enough. Will also be tougher to beat, if the construction is as such, as it'll feel like playing in a boiling pan.

They're not going to have more than 25k fans in games vs Frosinone, Empoli, Chievo etc. They'll also be able to increase prices for the big games as they'll be sold out. It does look like a small team mentality to go for a 30k stadium, but that's what they pretty much are. If they had money and proper following from the whole city, they should be going for a 55k stadium.

And as ADL says, you need various permits to go over a limit in the building structure and height. So going for a 30k maybe it's just a way to get the stadium on the ground and then make it a 45k with an expansion within 2-3 more years.

Forum Supporter
10 years of FIF
FIF Special Ones
Why would they not have more than 25k against Frosinone? They used to average 45k in Serie C. The reason their fans don't turn up is due to how run down the San Paolo is.

10 years of FIF
FIF Special Ones
You guys have to remember that DeLa is the same guy who said he wanted a football theater that only sat 15,000 but there wasn't a bad seat in the house. 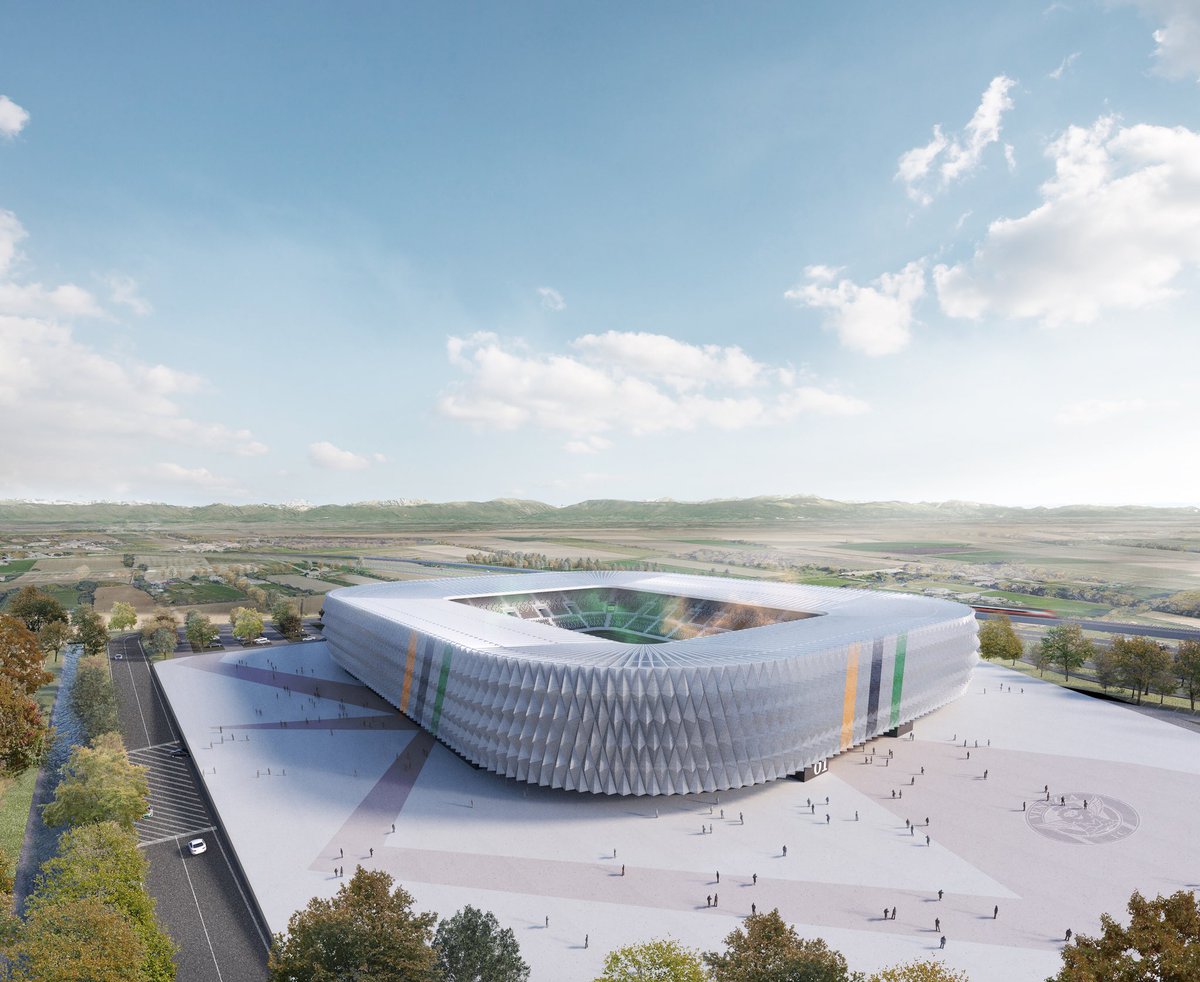 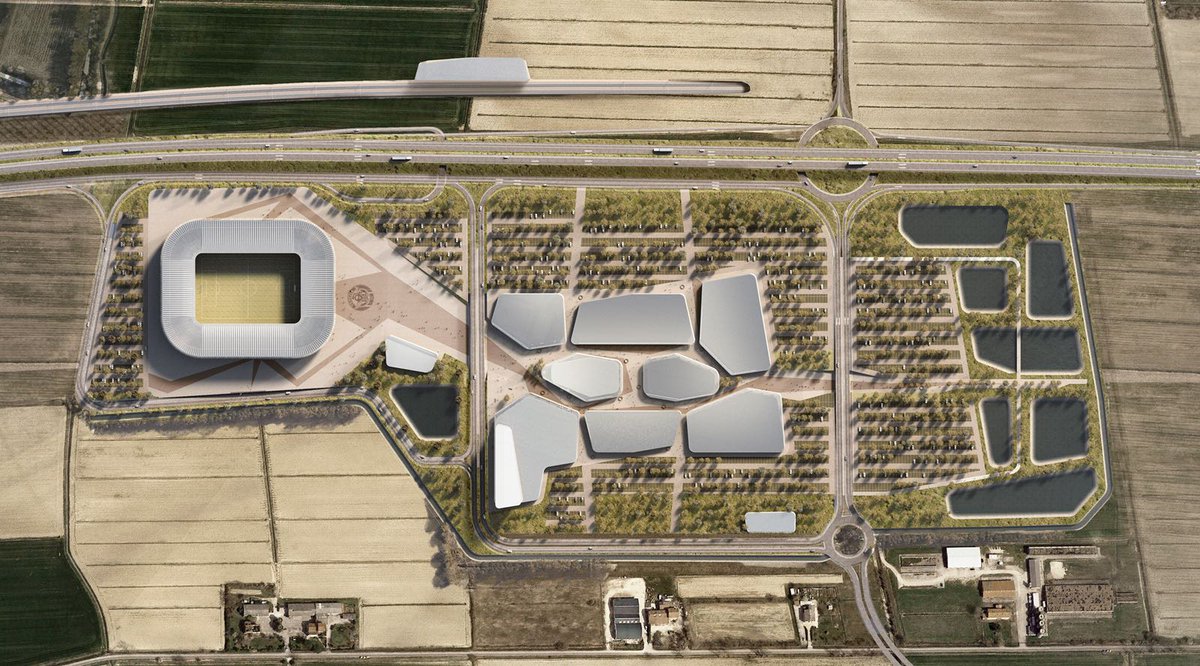 Apparently this one has basically been given the go ahead. They're spending up big too as it's due to cost around 200m 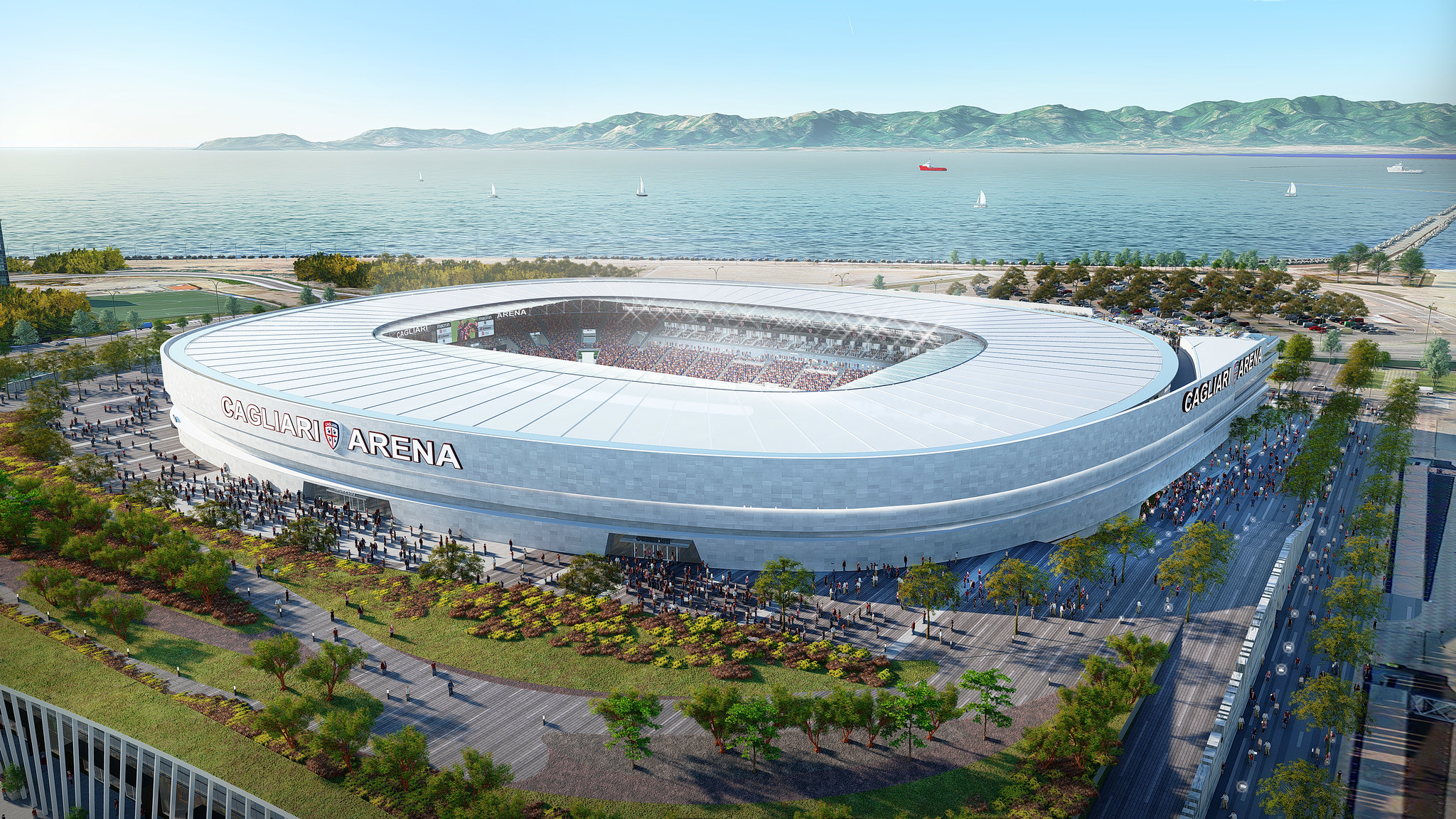 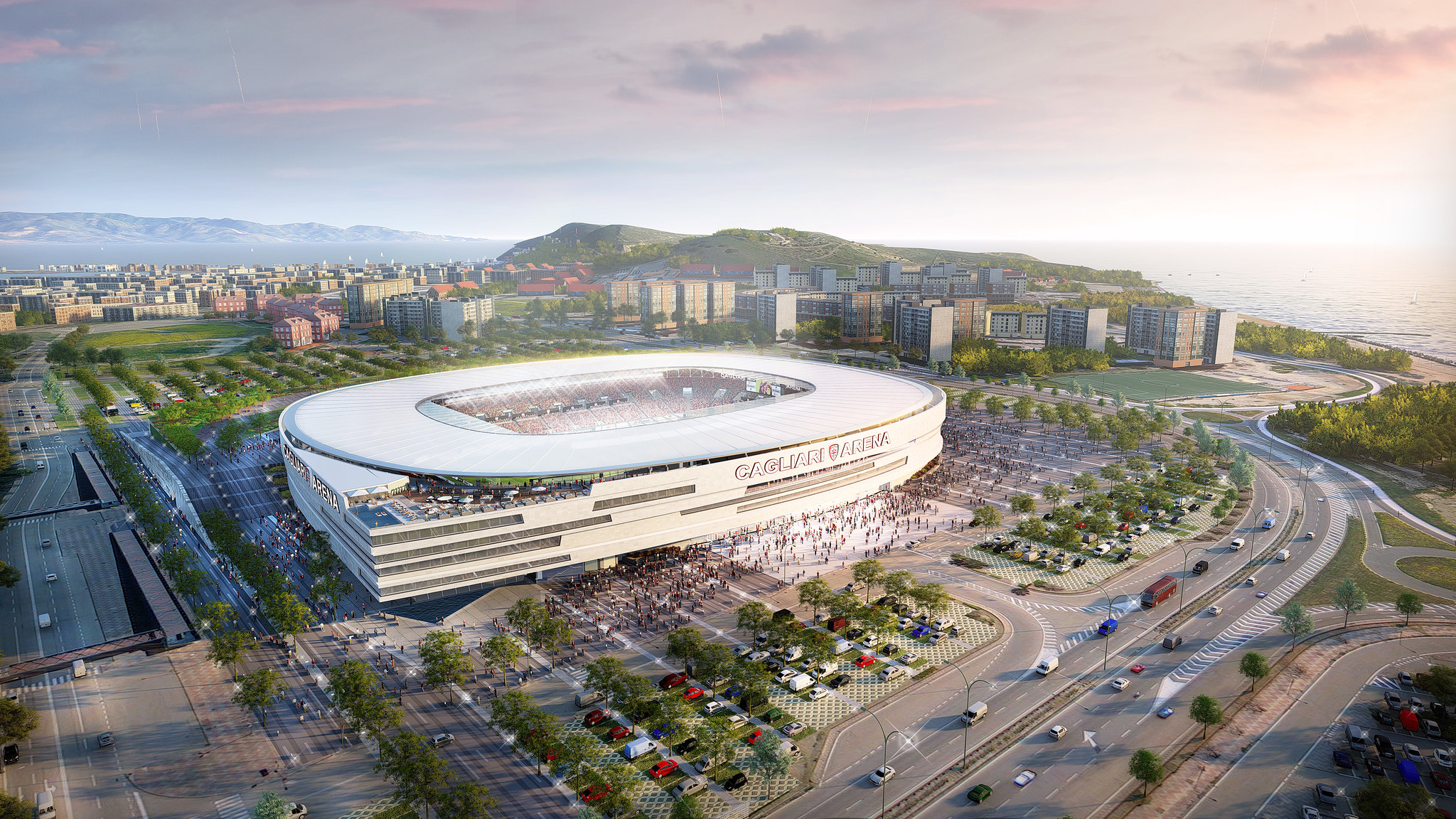 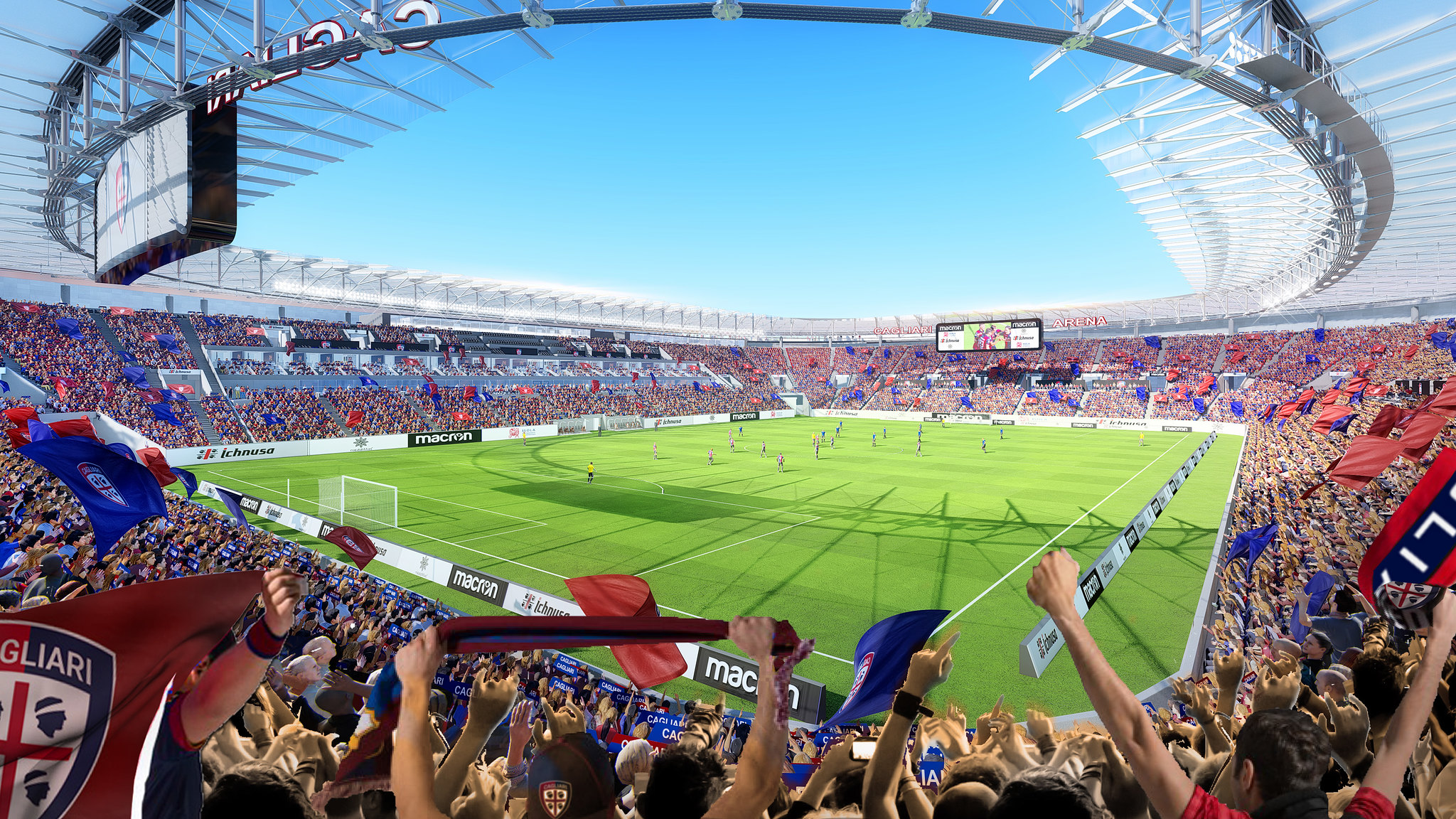 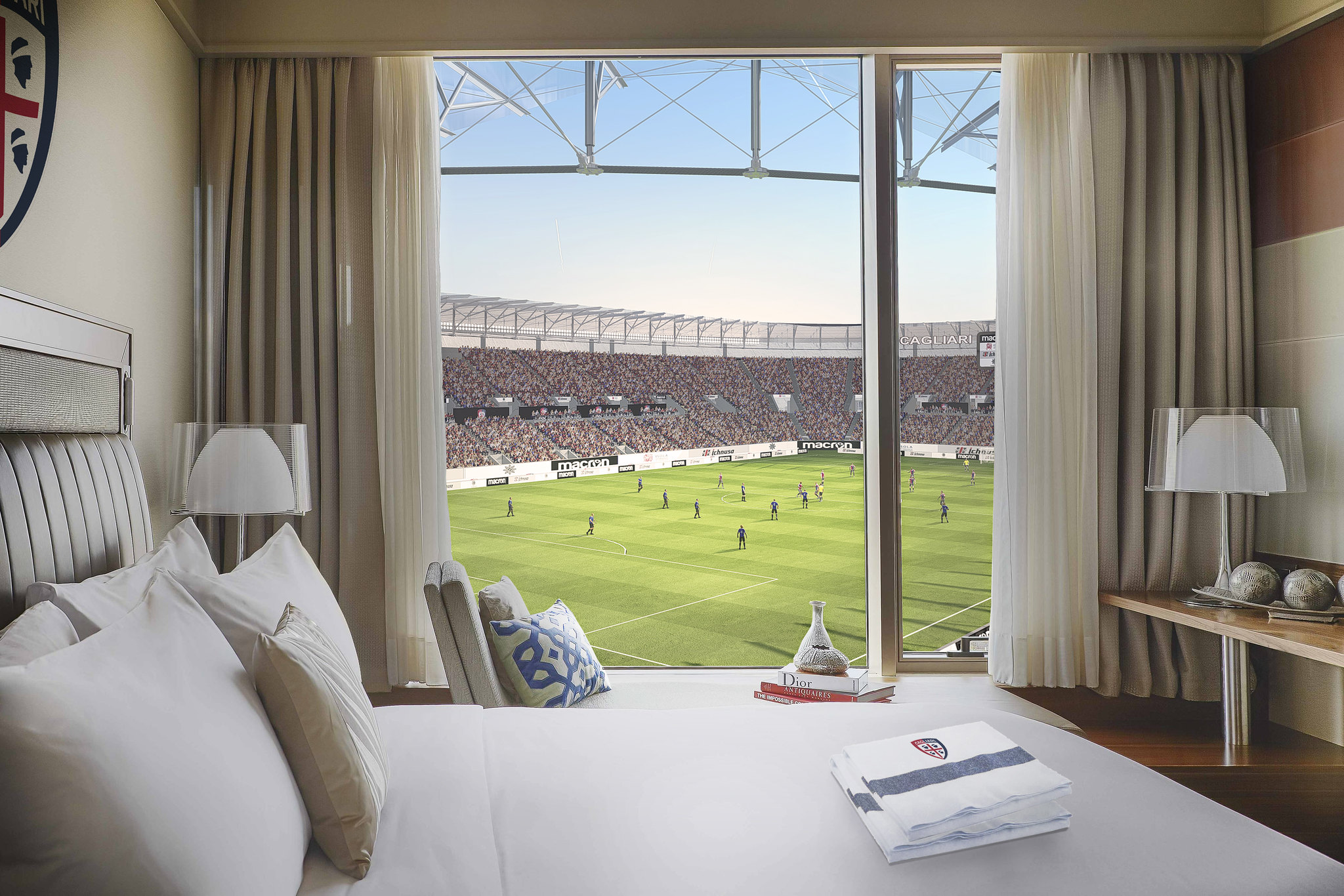 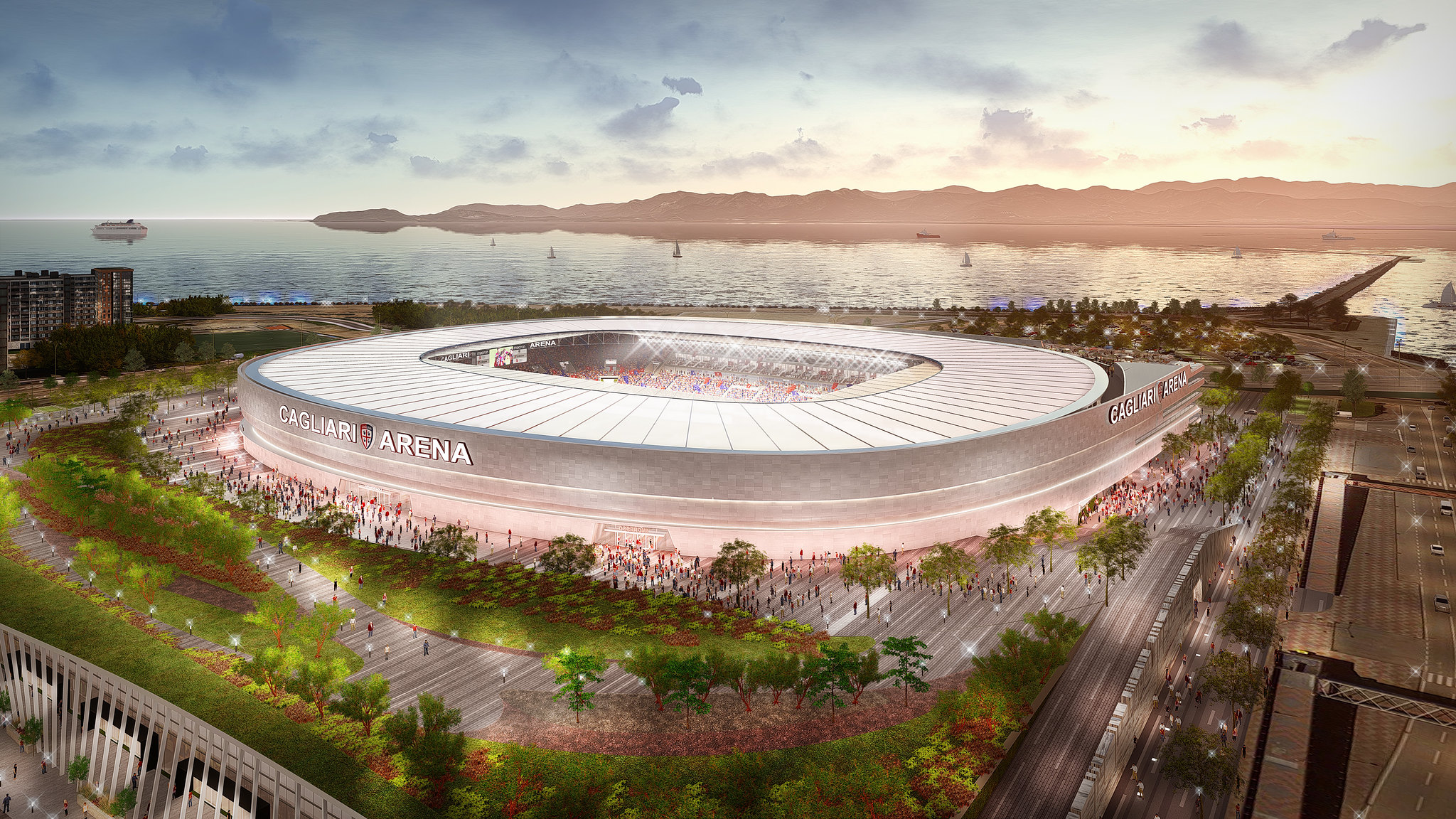 Hotel with a view. Is that a common thing in stadiums anywhere else?

Shaun said:
Why would they not have more than 25k against Frosinone? They used to average 45k in Serie C. The reason their fans don't turn up is due to how run down the San Paolo is.
Click to expand...

Why people don't turn up to the San Paolo: 10 years of FIF
Venezia and Cagliari

And we can't get a fucking stadium. Unbelievable.

Forum Supporter
10 years of FIF
FIF Special Ones
Spal are doing work on their stadium:

Forum Supporter
10 years of FIF
FIF Special Ones
The Tardini has new seats: 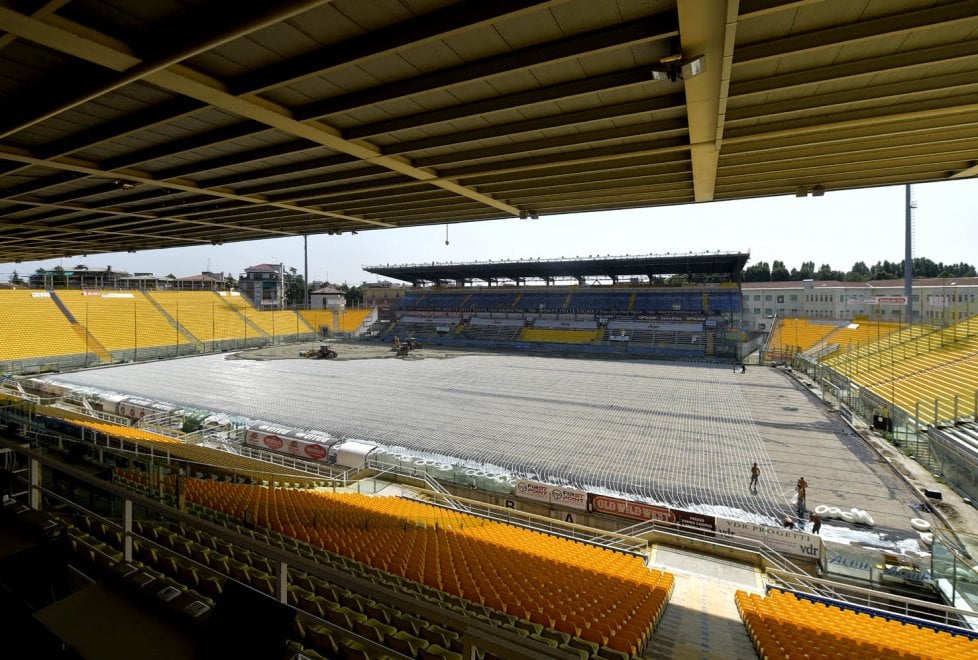 too bad they don't do anything about those ugly barriers
J

Forum Supporter
I'm wondering how much money has been spent drawing all these fancy Italian stadium designs by architects that at the end of the day never will be close to be built. I guess the answer is hilarious.

And a new stadium design for fucking Venezia that has went bankrupt twice in the last 10 years. Yeah right.

Forum Supporter
10 years of FIF
FIF Special Ones
I think they've got a pretty well off American owner is quite serious about the project and they've gotten permission from their city council. Looks like it'll go ahead