Forum Supporter
10 years of FIF
So, we've got an interesting group.


Any side that can home grow Gotze scares me.

Liverpool for that season are probably one of the weaker (imho) youth teams they've had in recent times.

From ourside, its a bit hard to judge.

Del Piero people will know, Bocar (iirc), Benassi, Terrani, MBaye (should be there) - perhaps even Ivisca, Ntow, Garritano... Bandini should be there, Pasa...

Defense looks pretty weak though (to me, at least I dont really know much about any of our defenders, they've never been called up to the first team/etc).

10 years of FIF
Edgar Ie the defender we got from Sporting might play. Tassi as you said may play. Adama Guidala who is represent by Mino Riola should play for Primavera. Bocar as you said should be a guy to follow.

Maybe they confirm the signing of Valentino Lazaro(GdS said it was done) and Jules Ntcham who is a DM/CM from France that we have been linked to.

Ie I believe will be too old? Might be wrong on that. Even if not, its liable he might go out on loan.

I dont personally expect Guidala to play for the Primavera next year. He's not even in the Beretti this season, he'd have to jump a year to make it and at Inter its very seldom people jump the Beretti (only MBaye from the current Primavera starting XI has done that).

Same goes for Tassi, but as I pointed out with Tassi, if he has the talent, I'm sure he'll probably feature

That said we've got a bit of a midfield overload imho.

Benassi, Del Piero, Pasa, Lazaro should be a really formidible passing, attacking midfield.... Benassi is (as rated by some of our youth players) supposedly even better than Bessa. Del Piero has been named for a while but I dont really know much about him, I'm led to believe he's a bit of a deep lying playmaker. Pasa looks like a great ball playing midfielder in the making, and Lazaro is quite a nice attacker/winger?


any news on N'tcham anyway?

Oh, there's Paramatti in the Allevi as well, and Isaac Donkor, maybe one of the 4 (Guidala, Paramatti, Donkor, Tassi) will make the jump 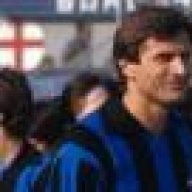 I think Luca Garritano will be the star of the Primavera next year. Have seen some fantastic stuff from him.

I expect Tassi to make it. This year has been bad as an result of injuries. Lazaro's only 96, but he was included in the first team for Salzburg, so I think he'll make it. Tassi, Garritano and Lazaro behind maybe Guidiala makes me litteraly drool...

Forum Supporter
10 years of FIF
dont forget Pasa, he's meant to be phenomenal. And like I said, I've seen some youth team interviews where they say Benassi is better than Bessa 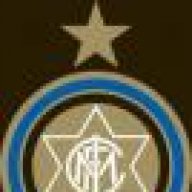 10 years of FIF
Benassi plays a little deeper than Bessa from the little I saw him, he also played as CM at 4-2-3-1 IIRC. We also might get Monachello back from Parma (he's co-owned by us and them), scored 6 goals at 9 games for them (And he's younger by year than most of the primavera players).

Pasa might play as centre back like he did several times with the primavera, and Bandini (right back) and M'baye (maybe as left back, maybe center back) will probably be starting players. And we have also Terrani and Garritano for the attack.

10 years of FIF
The Primavera is U-19 same with NextGen Ei will be 18/19 so he'll be eligible unless he goes on loan.

Forum Supporter
10 years of FIF
actually the primavera is u-20 - inter choose, though, to use only u-19 players.

I would be surprised if we'd keep Ie, though. He's so highly rated by Sporting, I think a serie A/B loan is on the cards. 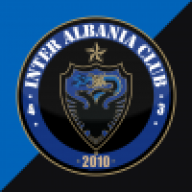 Lorenzo Tassi will play with primavera this season ?

Forum Supporter
10 years of FIF
He 'should' be with the Allevi next season. We haev a lot of talented midfielders already, so he'd have to be really stand out to be Primavera.

10 years of FIF
I think he'll be with the Juniores Berretti but I could see him playing for Primavera if the need arises.

10 years of FIF
Lazaro who has been included in a first team was born in the same year as me?? Fuck.. I'm gettin old. blivious:

Forum Supporter
10 years of FIF
man
cannot wait for this. 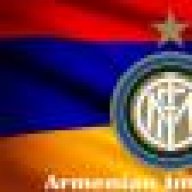 10 years of FIF
And that game will be live on Eurosport.

But we have a week before a game against Liverpool.

10 years of FIF
FIF Special Ones
Some next gen games will be available on espn3 now. Tottenham vs Barcelona is on tomorrow.

thatdude said:
Some next gen games will be available on espn3 now. Tottenham vs Barcelona is on tomorrow.
Click to expand...

Terrific match...#20, #14 & McEvoy from Spurs look like bright talents while Barcelona are just spoiled for talent (Adama, Ebwelle, Babunski, Samper, Sandro, etc)...Vinyals has so much to choose from and they indeed put on a scintillating display