i hope we get lukaku, it will be so cool to have conte+lukaku and finally witnessed the attacking high scoring football 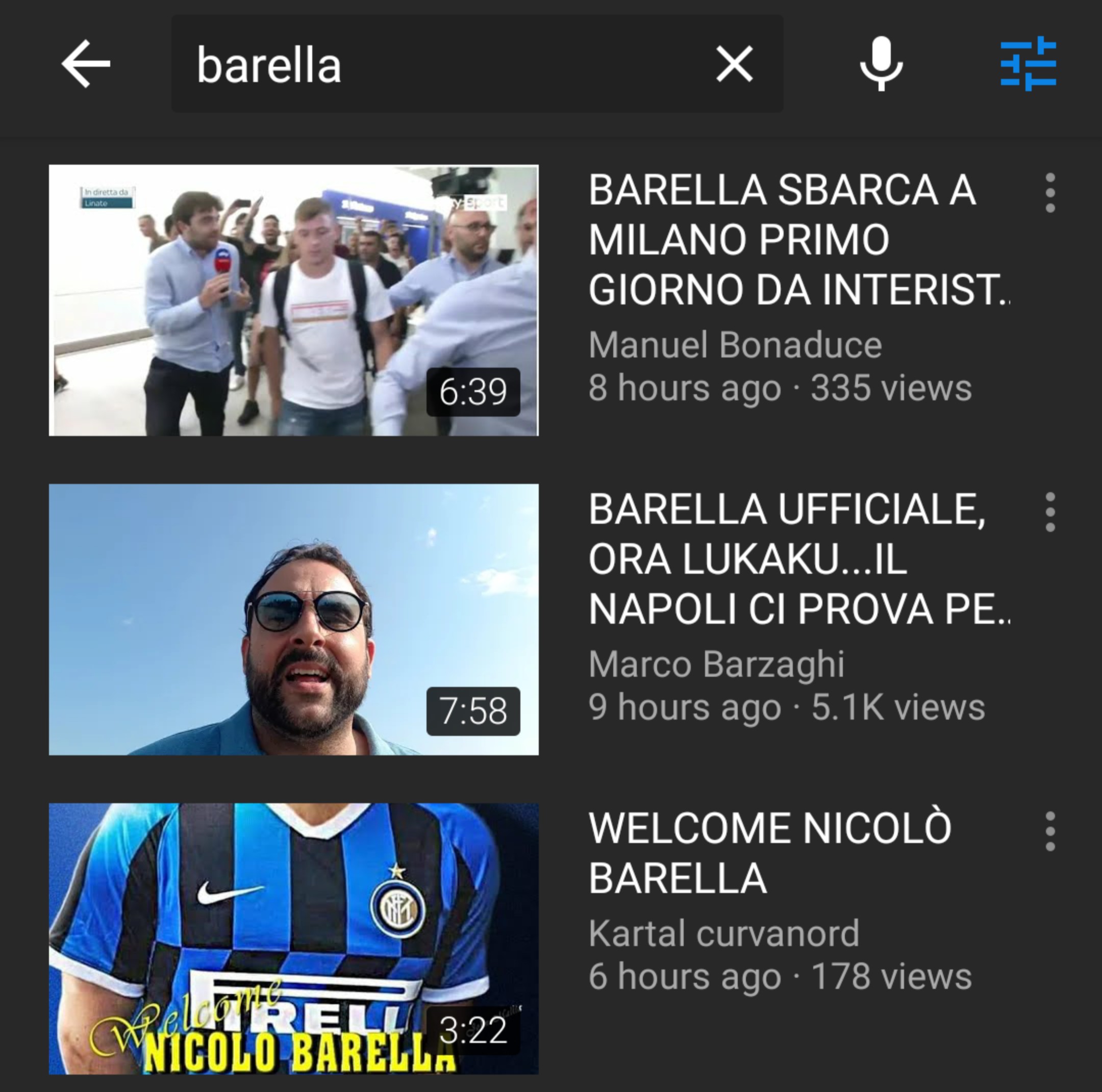 Linege said:
i hope we get lukaku, it will be so cool to have conte+lukaku and finally witnessed the attacking high scoring football
Click to expand...

I hope so as well. And to see everyone removing that douchebag from avatars

JJM said:
Barella has better technical skills than Vidal and Nainggolan... But he has grinta also, sometimes even too much, I expect he will get some red cards here tbh

Forum Supporter
10 years of FIF
Best Overall Poster
Most Humorous Member
FIF Special Ones
I keep seeing that Barella will take the #18 jersey. It's not a big deal but I'd prefer Barella just pick a new number instead of asking Asamoah to give up his #18. Asamoah has worn #20 and #22 most of his career anyway so he probably isn't super attached to #18 but that's not the point. The point is, Barella is a fucking nobody at this level. Despite his price, I don't want him treated as some kind of massive star signing that we should go out of our way to please, even with a relatively minor gesture like giving him his favorite number. Nor do I want him to think he's anything near a star.

These are just barely sober 4AM thoughts rambled out loud but it came to mind when I read the confidently worded article "Barella has chosen his number" or some bullshit. Cuadrado giving his #7 to Ronaldo is fine, if not to be expected. This coming from a guy who hates both players and the club they play for. But Barella hasn't proven anything to earn any such favors yet.

The only way it'd be OK is if Valero fucked off and Asamoah voluntarily vacated the #18 to take Valero's #20 or the vacant #22.

10 years of FIF
FIF Special Ones
Let’s pump our brakes and see what actually happens. Asa could offer it to him or he could just wear a different number. Nothing we’ve heard about barella makes you think he’s cocky and entitled. I’m sure he won’t make any demands and is just happy to be joining inter

The lack of 'thumbs up' photos and '#WelcomeBarella's are filling me with 'Inter beffata' anxiety.

Someone open a new one in correct section.

this is by far the worst picture. Looks like they ran out of time for the photo shop

FIF Special Ones
10 years of FIF
Where is he? I am going to open if he doesn't do it in the next 5 minutes.