Forum Supporter
10 years of FIF
Too late, he is now too good for us.

It only takes a couple of games to make your own name tbh. Once those games are gone, its done for.

Forum Supporter
10 years of FIF
Strange how people have raised their eyebrows about Paulinho now that they have seen what he does in the international side.

This guy has always had it. Anyone that didn't think he was good enough is a clown.

The over reported transfer saga has also deluded people into thinking Inter has spent continuous months on end negotiating.

close this thread please!!! :yuno: Or all of us'll jump into suicide thread. :fffuuu:

10 years of FIF
Totenham haven't signed him I think. I read Ancelotti may want him at Madrid.
F

we should get him as a striker tbh

Forum Supporter
10 years of FIF
He's such a force in the air. One of the best in the world with that pumpkin. 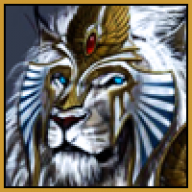 Once upon a time we wanted to buy a Sanchez. :epicwin: We monitored the son of a bitch for like 2 years, but when it came down to making a move, we didn't show the money & he went on joining a famous diving club from Spain.

Then we were like...
"Fuck a Sanchez. Why buy Sanchez when you can get Tevez, specially now that he ain't playing for City & is benched because of his problem with Mancini?" :epicwin: But when it came down to making a move, we didn't show the money & he ultimately stayed at his club. kay:

Then we were like...
"Fuck a Tevez, what a overrated prick that cunt is. Why buy Tevez when you can get Lucas?" :epicwin: So Branca went to Brazil a few times, sucking shemale dicks while everybody else thought he is negotiating & shit. & yet once again, when it came down to making a move, PSG made dat move & snapped him right in front of our eyes. kay:

Then we were like...
"Fuck a Lucas yo. Overrated Brazilian prick. Why not get Paulinho while Branca is in Brazil? He is the kind of player that matches our team" :epicwin:

...& now kids, when it's about to come down to making a move again, what do you think will happen?

The message of this story kids, is a Yao Ming one:


We are a poor bastard of a club who can't manage to sign a player we desire & even fail to realize our plan B, C, D... LMNOP... & note that I even forgot to mention Lavezzi in all this.​
So here again the failed plans A-E in short: A)Sanchez B)Tevez C)Lucas D)Lavezzi E)Paulinho

I Shouldn't have gloryhunted Inter the first place. Stupid treble fooled me big time. I always knew Monaco would be the real deal.

10 years of FIF
Most Diverse Poster
:chan: stop it, Lionheart okerface:
also, you can add Hazard 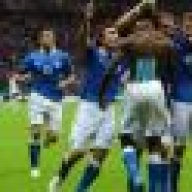 Haha lionheart you make my day!

No you can't. We didn't want Hazard at the time. We told him to stay at Lille for another year and then we'd come back for him, but he exploded that year and developed more than we expected.

Forum Supporter
10 years of FIF
just a correction.. PSG didn't snap Lucas in front of our eyes.. we were not that close to Lucas.. we were still looking through a binoculars..

10 years of FIF
FIF Special Ones
Ya, we were a distant 3rd in that race. Man utd was about to agree personal terms if I remember correctly.

Ed. said:
just a correction.. PSG didn't snap Lucas in front of our eyes.. we were not that close to Lucas.. we were still looking through a binoculars..
Click to expand...

We had the first interest in him. And I think we had sent a formal offer which was declined and then PSG showed up. I think, I could be wrong.

Man with Thorir I hope Paulinho is on his shopping list T.T

I'd love to snatch this one up before the Spurs lock it up. From what I'm reading they're busy trying to get Villa to come to White Hart Lane, so this would be the time to act for Inter, and if we have the funding from Thorir I think we could afford him, but hell I'm just dreaming blivious:

Forum Supporter
10 years of FIF
PSG placed an insane bid for Lucas we were offering 25.

Toninu said:
PSG placed an insane bid for Lucas we were offering 25.
Click to expand...

Bullshit we never offered 25 for him. No way in hell we committed that much money for him.
H

Pharaoh said:
Bullshit we never offered 25 for him. No way in hell we committed that much money for him.
Click to expand...

There you go, 3 sources that say so. 30 million would have been too much for us, though. PSG's 45 million bid was fucking outrageous, even for an extremely talented player as Lucas.

Forum Supporter
10 years of FIF
And none of those sources are in any way creditable.......
H

Pharaoh said:
And none of those sources are in any way creditable.......
Click to expand...

http://www.transfermarketweb.com/?action=read&idsel=99721
Lucas is a very great player and was worth at least 25 million. Surely Moratti and co. could cough up 25 million for such a talented player? I know that we don't have much money, but I'm confident that we had enough to make the offer.

Anyways this thread is about Paulinho, not posting about Lucas anymore