10 years of FIF
Latest was that Oristanio is not convinced of Volendam as a destination.

10 years of FIF
Young Inter goalkeeper Andrea Magri is close to departing the Nerazzurri on a permanent basis, with Serie B side SPAL ready to complete a move for the player. 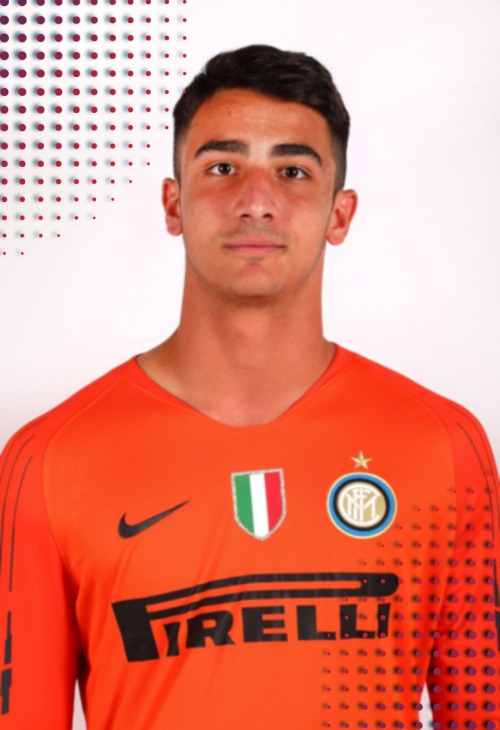 This according to Italian news outlet L’Interista, who report that the Emilia-Romagna-based club are ready to finalize the transfer for the young goalkeeper.

Tuttomercatoweb.com also confirm the move, which should soon be official, and would see the 18-year-old depart from the Inter Primavera side for good where he could experience first-team football outside of the Giuseppe Meazza. It is not yet known what the finances involved in the deal are, although it is not expected that the fee received by the Nerazzurri will be very substantial.

FCInterNews report that the process of Zugaro joining the Veneto-based club is well underway.

The 21-year-old spent last season on loan with Virtus’s Serie C rivals Giana Erminio, where his performance caught the eye of Virtus.

Their Sporting Director Matteo Corradini confirms that talks are underway for the player’s signature, with an agreement between clubs not yet found but negotiations underway.

Signs for a transfer are hopeful, and the Inter youngster could sign for the Serie C side within the next few days, should an agreement be reached.

It is not clear the terms involved in the deal, or the financial incoming represented for the Nerazzurri by the move, but the player will appreciate having his future clarified should he not be considered a player with a future at the Giuseppe Meazza any longer.

Inter could look to sign Chievo Verona midfielder Daniel Frey should the Verona-based club be excluded from Serie B next season.

This according to Italian news outlet L’Interista, who report that should the 19-year-old arrive he will be immediately loaned out to S.P.A.L. in Serie B.

Frey is the son of French former goalkeeper Sebastien Frey, who played for the Nerazzurri between 1998 and 2001 in addition to spells with Parma and Fiorentina among other clubs.

The young midfielder is currently playing with Chievo, but the club’s situation is in turmoil after a decision to exclude them from Italy’s second division due to the state of their finances.

Should the Verona club not be successful in their appeal of this decision, Frey could arrive at Inter.

If the Nerazzurri sign Frey, he will not immediately be made a first-team player, but rather is expected to go out on loan to Ferrara-based side S.P.A.L.

I can see that there is one interesting name in Chievo's Primavera - Samuele Vignato, younger brother of Emanuel from Bologna. We were interested in both few years ago.

Best Football Poster
Tibo Persin is close to Brugge on loan with option to buy. Mulattieri is joining Crotone on a dry loan while they also want Satriano on loan. Oristanio has offers from Volendam, Sassuolo, Monza and Cremonese and it's up to him to decide his destination.

10 years of FIF
Young Inter midfielder Franco Vezzoni looks set to depart from the club on loan this summer, with his destination Serie C side Pro Patria. 20-year-old goalkeeper Bagheria joins having spent the last season playing for fellow Serie A outfit Renate, where he only made one appearance, and will hope that he can find more game time with his new club.

Gianelli, meanwhile, re-joins the club having also spent the 2020-21 season on loan there, and the 20-year-old will hope that he can build on his time with the club last season to establish himself as a first-team regular.


Martin Satriano has a growing list of suitors vying to take him on loan this season as Inter seek a destination to allow him to develop and earn first team football.
Satriano had reportedly drawn interest from the likes of Udinese, Crotone, Saint-Etienne, Anderlecht, and Club Brugge, but Cremonese are now pushing to convince Inter to send him to the Stadio Giovanni Zini. Fellow Serie B club Monza are also determined to bring the Uruguayan in and are keen to bolster their attacking options, but Cremonese are hoping to pip them to him.
+ FCIN: Satriano’s immediate future could be in France, with Ligue 1 sides Monaco and Nice interested in him.
+ GdS: Udinese and Club Brugge are among the clubs pursuing young Inter striker Martian Satrino Young striker Samuele Mulattieri has renewed his contract with Inter in preparation for a loan move to Serie B side Crotone.
This according to Italian news outlet L’Interista, who report that the 20-year-old has extended his deal to the summer of 2023 with an option for a further season, and that this represents the last step before he completes the loan move to the Calabrian club.
Last edited: Jul 26, 2021

there are reports that we are interested in Samuele Vignato, 17 years old trequartista from Chievo, younger brother of Emanuel, Bologna's starlet.
Samuele Vignato had 14 goals and 11 assists in 18 matches in Primavera 2A (second tier of Primavera competitions).
We could bring him for free due to Chievo's relegation and as you know "free" is a perfect price for Inter.

Juventus and Bologna are main competitors.

10 years of FIF
TIBO PERSYN went back to club Brugge with option to buy and we have counter option I think, He is one of our academy players in FM with a lot of hype and his agent stated he would have played some first team games had he not had covid for 9 weeks

Inter7 said:
his agent stated he would have played some first team games had he not had covid for 9 weeks
Click to expand...

10 years of FIF
Swiss Super League side FC Zurich have made inquiries about the availability of young midfielder Xian Emmers.

This according to Italian news outlet L’Interista, who report that the 22-yearp-old is a target for the club based in Switzerland’s largest city, who could look to give him his first taste of top flight football.

Emmers has been with the Nerazzurri since 2015 when he joined as a youth player from Genk, though the last three seasons have all been spent out on loan for the Swiss midfielder.

Loans to Cremonense and Waasland-Beverend were followed by a spell with Dutch Erste Divisie side Almere City last season, and the 22-year-old could return to his native country for a jump back up to top flight football.

It remains to be seen the terms of a potential deal that would take the young midfielder back to Switzerland, though for now the interest has been made clear.
Click to expand...

Thing is, Xian`s contract is running up in 2022 and been pretty unlucky with injuries... he had 10 goals/assists for Almere last season in just 770 minutes on the field and that number would've been probably higher if he hadn't missed half the season with injuries...

This according to Italian news outlet FCInterNews, who report that the 22-year-old has signed a two-year contract with the Erste Divisie side.

Emmers has spent the past three seasons out on loan, with Cremonese, Waasland-Beveren, and finally Almere City during the past season.

The Belgian will stay in the Dutch second division where Almere also play, but move club to Roda, who have now won the race to sign him.

The Nerazzurri are letting Emmers go without asking for a fee, with the young midfielder’s journey at the Giuseppe Meazza decisively up and the club deciding to let him continue on elsewhere without holding up a deal over the fee.

Emmers signed for the Nerazzurri as a youth team player from Genk in the summer of 2015, but was never able to make his Inter career take off.
E

For young attackers its always best option to go to Holland, Belgium, Austria or Switzerland. Even Bundesliga 2. But Satriano is a pretty strong guy and looks ready, so i wouldnt mind sending him to serie b, if no low table serie a team is interested.

diamen said:
I can see that there is one interesting name in Chievo's Primavera - Samuele Vignato, younger brother of Emanuel from Bologna. We were interested in both few years ago.
Click to expand...

This is confirmed by an announcement on Bottega Football’s official Instagram account, which shows the 18-year-old as he signs his contract with the Nerazzurri and explains that he has joined the club.

Cecchini joins from the youth sector of Serie C side Virtus Entella, and the Nerazzurri will assess the immediate future and plans for his development as they look to facilitate his growth in the senior game.

As of yet, the Brazilian does not have any experience in senior football, and it remains to be seen whether a loan is in store for him or whether he will go into the Primavera side to play under new coach Christian Chivu.

The Nerazzurri will hope that the teenager can gradually hone his skills and perhaps play his way into a role with the senior team, but for now the player is only beginning the new phase in his career.