BUCHROM said:
Someone put a video with him kissing the badge pls lol. Cant believe he did it
Click to expand... 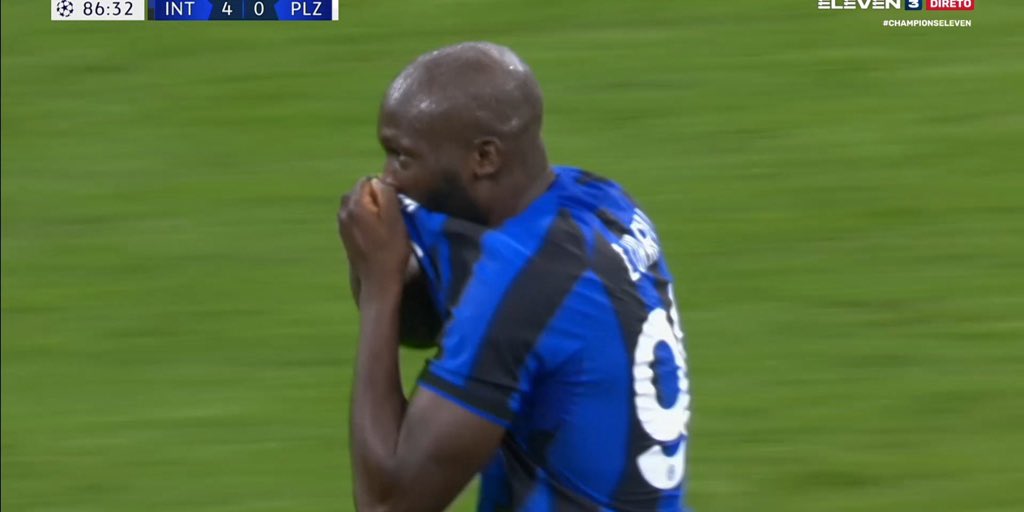 He's on loan from Chelsea and he had the audacity to do this.

andrejZGB said:
Even if he does smoke Electronic cigarette, who cares. Is it really that relevant?
Click to expand...

No, because he is only on loan. It would only bother Chelsea who own him and their asset value would decrease. We are talking about elite athletes, not celebrities.

INTER FANS DIVIDED ON LUKAKU DESPITE HIS APOLOGY

The return of Romelu Lukaku highlighted the divisions between fans regarding the Belgian, with some refusing to forgive him despite his apology.

As highlighted by Calciomercato.com, Lukaku returned to the pitch for Inter for the first time in two months last night, coming on in the 83rd minute of the match. Whilst some fears loudly cheered the Belgian as he stepped out onto the grass, things were different in the heart of the Curva Nord.

An ultra leader warned his fellow diehards on the megaphone, instructing that “no-one dares to make a chant for that one”, highlighting how some in the fanbase still haven’t forgiven the Belgian for his move to Chelsea last year.

After scoring his goal in the dying minutes of the match, Lukaku kissed his shirt and ran towards the fans, putting a hand over his heart and raising the other to apologise.
Click to expand...

May I suggest we stay united?

DARi0 said:
An ultra leader warned his fellow diehards on the megaphone, instructing that “no-one dares to make a chant for that one”, highlighting how some in the fanbase still haven’t forgiven the Belgian for his move to Chelsea last year.
Click to expand...

10 years of FIF
There were a couple instances where he would have gone past the defender easily 2 years ago and he failed today. Hopefully he regains his strength and speed

10 years of FIF
He was far better vs Plzen than tonight. I thought he was gonna exploit the opportunities in counter attacking but looked pretty clumsy in every occasion.

10 years of FIF
Couldn't get anything done indeed. He needs to get his head straight, Juve match is coming next weekend and we need Lukaku ready for that.

Besnik said:
He was far better vs Plzen than tonight. I thought he was gonna exploit the opportunities in counter attacking but looked pretty clumsy in every occasion.
Click to expand...

brakbrak said:
He is naturally clumsy but he was so strong and fast that he was able to bulldoz his way through
Click to expand...

He is still strong and fast but the reactions are pretty slow, otherwise put him on 1vs1 in an open space he will still outplay his opponent. Of course can't be harsh on him already, but I actually expected him to do better tonight because Samp was already dismantled and there was plenty of space to do something with it.

Should be relegated to Dzekos backup permanently

10 years of FIF
He hasn't played in 2 months and was already on bad condition. We all know it takes lukaku a few games to get going unfortunately.

Hopefully he can play 90 vs bayern this week in the nothing game, then be fit for 30 minutes against juve.

phonk said:
Should be relegated to Dzekos backup permanently
Click to expand...

Best Football Poster
They better not have signed anything for loan extension else all the management team needs to get fired.

Great, there goes our backup for Dzeko…

Is this a joke? Fucking end the loan in January

And so for the 4th time in as many years, we need a new striker in the winter market. Which we won’t get.