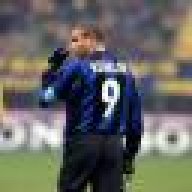 I do enjoy the Tifo Football stuff so I'm going to give this a watch later. 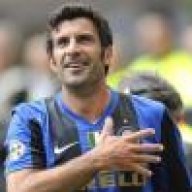 Wow. Let's not call Samuel a 'bastard' without knowing the full story... It is easy to jump into such conclusions, but this is just the lady's story, we will never know the whole truth.

Ex-Inter striker Samuel Eto’o claims he will ‘die’ Nerazzurro as he recalls his move from Barcelona, playing as a full-back and winning the Champions League. Eto’o moved to Inter in the summer of 2009 as part of a swap deal with Zlatan Ibrahimovic and went on to score 53 goals in two seasons, winning the Treble in 2010.

“If you’re an Interista once, you’ll die an Interista. That’s just how it is,” he told Gazzetta dello Sport.
“Mourinho convinced me in a simple way: he sent me Inter’s No 9 shirt and wrote to me saying ‘it’s yours, it’s waiting for you.’

“There was a big difference between the salary offered by Inter and what I asked for, so I amazed everyone at the table.
“I said, ‘let’s turn the missing part into team bonuses, if we win the Champions League within two years.’ Ten months later, we were European champions.

“Materazzi then messaged me saying, ‘if you come to Inter, we’ll win everything.’ I didn’t have his number in my address book so I asked [Demetrio] Albertini: ‘Is it yours?’
“It really was Marco’s. Such a thing had never happened to me in my whole career: that message carried great weight in my decision. And it gave birth to a friendship.

“President Moratti called me shortly after and, in perfect French, said to me: ‘Eto’o, trust me: you’ll have a great time at Inter, it’ll feel like home.’ He was right.”

Despite being one of Europe’s most clinical finishers in the 2000s, the 39-year-old is arguably best known for filling in at full-back against Barca in the Champions League semi-finals...
“I was only a proper full-back at Barcelona, ​​but that was because of an emergency. And besides, what I thought that night was actually what I’d thought for the entire season.
“When Thiago Motta was sent off, Mourinho called me and Zanetti over. He explained to us how to position ourselves on the field: I didn’t even have time to think about how much I should’ve run, being out wide.
“I said to myself, ‘let’s give it my all and we’ll see what happens.’ At the end of the match, we were in the Final.

“I’ll always remember two things about that night [in London against Chelsea]. Mourinho’s speech before the game: ‘No team I’ve coached can beat me.’
“We entered the field with a different kind of determination: we weren’t only playing for ourselves but also for our coach.
“Then there was the stop I took before I scored. The ball dropped and I said to myself: ‘If you take it well, you’ll easily score.’ I still have that control in my eyes.

Best Football Poster
Samuel Eto’o: “Inter’s Treble Winning Team Was Like A Second Home, A Family, We Were All United”

Former Inter striker Samuel Eto’o has reminisced about Inter’s historic treble winning season, 10 years on from the club achieving the feat that very few clubs have ever achieved.

The former Cameroonian national team player joined Inter in the Summer of 2009 as part of a deal that saw Zlatan Ibrahimovic head in the opposite director to Barcelona.

Eto’o proved absolutely pivotal for Inter during the course of the treble winning season and Eto’o has shared that the unity between everyone made a real difference that year.

“That team was like a second home, a family. We were all united from the warehouse workers to the cooks,” he told Italian broadcaster Sport Mediaset yesterday.

“Mourinho will always remain in my heart, he is a great coach and a great person. He wanted me to allow me to express all my value. I experienced the treble with incredible people. All my teammates, of course, but also Massimo Moratti, who was like a second father to me.”

He then proceeded to speak further on Massimo Moratti, who was president and owner of Inter between 1995 and 2013.

“He is a person I can always count on, a firm point of reference. I have never seen such a just and kind person in this world. I will always thank Moratti and the other members of the management of those years.”

He then spoke on the support he received from the fans and the support they still give him even now, many years on from him departing the club.

“The fans welcomed me well and made me feel part of them, even when you go away you always feel like Inter, like a family, it is not easy to find this in the world of football.”

Eto’o concluded the interview by discussing some the messages he received which convinced him to join Inter.

“Before I moved to Inter Materazzi sent me a message to tell me to come to Inter and make him win the Champions League, while Mourinho sent me the Nerazzurri shirt with the number 9. It was an honour.

“My dream was to win the World Cup with Cameroon and this was not possible. However, Inter has allowed me to reach another level and for this I will always be grateful to this team.”

Eto’o made 102 appearances across all competitions, in which he scored 53 goals and tallied 24 assists. 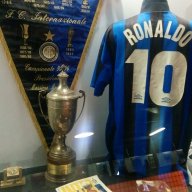 I hope that the prime icon card from Fifa is from his time at Inter, not barcelona.

10 years of FIF
Got really scared when reading that eto o had a head on collision with a BUS while driving in cameroon.

Dudes apparently fine though and according to this article still a class act: https://www.bbc.com/sport/africa/54873025
Last edited: Nov 10, 2020 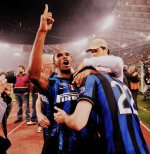 Best Forum Newcomer
Eto'o announced his candidacy for the presidency of the Cameroonian FA. 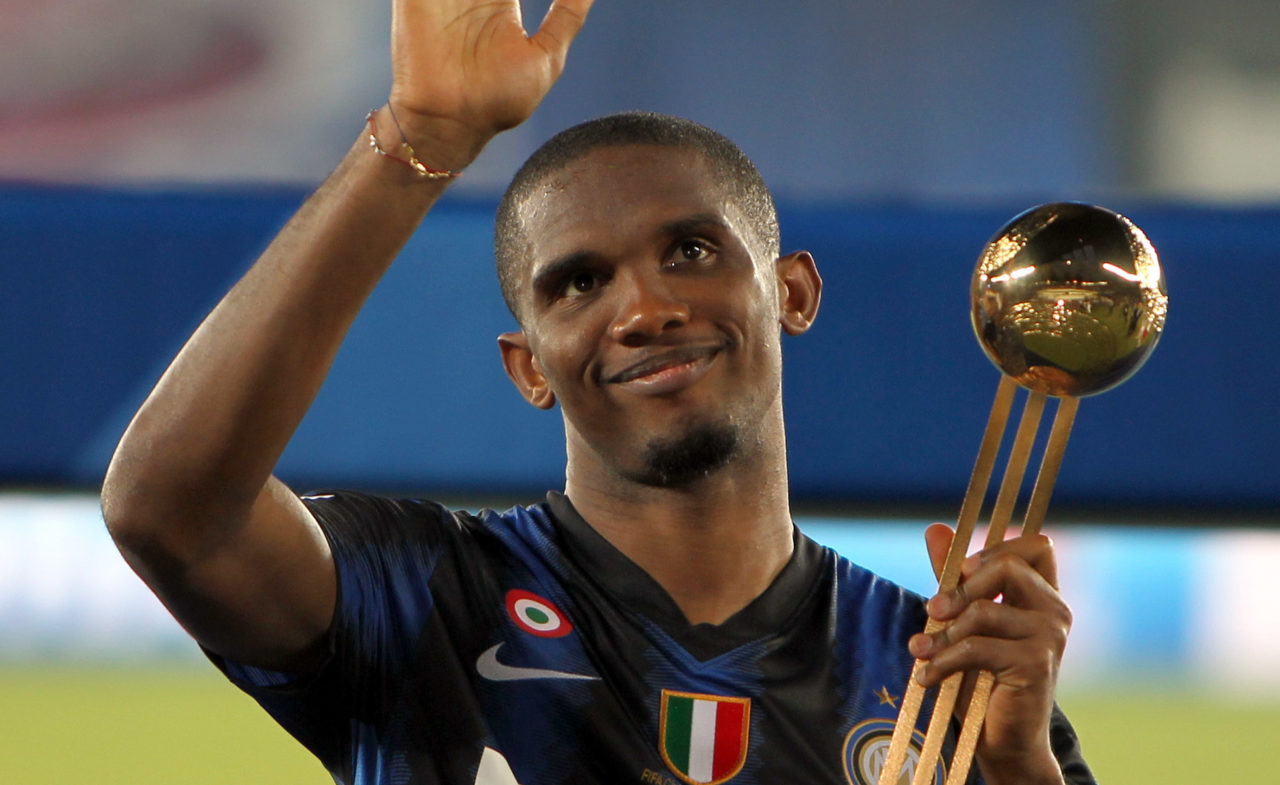 The ex-Nerazzurri striker is in Milan to present a friendly match that will take place at Milan’s Stadio Meazza on May 23. Many football legends will attend the event, including Leo Messi, Francesco Totti and Andrea Pirlo.

“I didn’t think I had the chance to play here again, but football is about surprises. I will be back here [San Siro] with many former teammates,” he told FCinternews.
“We usually meet somewhere else, not on the pitch. It will be a chance to speak the same language together.
“If a journalist wants to play, he can. Seriously. I think football belongs to everybody: journalists, players and staff members. Everyone must enjoy football.”

Eto’o was asked if he believes Inter can still win the title. Inzaghi’s men are two points behind their city rivals Milan, with three games remaining. The Nerazzurri host Empoli at the Stadio Meazza today.
“Inter are one of the most important teams, I don’t see why they shouldn’t win the title,” the former striker said.
“They have a winning mentality and until the last moment, everything is possible. I hope they’ll win.”

Eto’o joined José Mourinho’s Inter in 2009 and won the treble in his first season at the club. He remained at the Stadio for two seasons, leaving the club in August 2011. He scored 53 goals in 102 appearances with Inter and has recently been named President of the Cameroon FA.
The former striker mentioned Inter’s treble-winning campaign, saying that his national team could go against all odds and win the World Cup in Qatar by following their example.
“You don’t need to have aliens in your team to win the World Cup,” he claimed.
“You need good preparation, a strong mentality, and craziness. I won a few trophies in my career and I always offer Inter as an example. In 2009, nobody thought we could win [the Champions League] and José Mourinho did something incredible with a group of men and warriors. I’d like to see something similar in my Cameroon.”
Click to expand...

Maybe a little late, but full video below of Eto'o's charity match which took place in Milan on Monday May 23. Match begins at minute 56:00.