In the last five minutes, the Colombians approached us. They knew what the situation was in the other games," Tapia told Panamericana TV.

"So we managed the game as we needed to... I spoke with Radamel, who told me we were both qualified (as things stood), but it's football and we play to win."

10 years of FIF
People are mad that Ospina touched the ball on a indirect kick leading to Peru’s goal. Was it stupid. Fk yea. It also eliminated Chile. But no team is required to win to qualify another.

People are mad at Mexico for not Beating Honduras.

Most teams just use new players after qualifying or being eliminated. I thought colombia would have qualified by beating Venezuela and used the last 2 games to test new guys out. Was wrong. Only team who took the whole 18 games seriously was Brazil. They are on a mission to rape Germany in 2018.

a few thoughts by sampaoli about chilean players. apparently, we dodged a bullet on vidal:

firmino said:
a few thoughts by sampaoli about chilean players. apparently, we dodget a bullet on vidal:

notice how samapoli said those things "in private" 2 years ago. smart guy, tells stuff "in private" to journalists. blivious:
Click to expand...

Saying in private happens all the time, "off the record". That's why Mourinho was pissed off when he made comments on Eto'o age and it made the papers because that was off the record joke/comment.

Usually Journalists won't print those as they want to maintain good relationship with coaches to have one to one interviews or some leaked info from time to time.

10 years of FIF
Most Serious Member
Most Stubborn Poster
I was with a football agent who lurks in the South American region a lot and we were discussing football talents that he's transferred and a few others. At some point, as we were discussing Conmebol issues, he mentioned about Chilean players that their main issue is that they are heavy drinkers and generally tend to have a drinking problem, which made them very risky transfers despite their talent, especially moving to the other side of the world. At first I thought it was due to bias, as he's very pro-Argentina and probably had a couple of bad experiences with Chileans, but I see that he may have a point.
Last edited: Oct 13, 2017

10 years of FIF
You can do great in your early 20’s while basically being an alcoholic or drug addict (depending on the drug of course). But those chickens always come to roost in your late 20s and early 30s. Obviously Brazilians are the best example of this.

Vidal seems to still have maintained a good level though, although he’s definitely nowhere near his Juve form. I guess the rumors of them letting him go due to off the field issues may have been true.

thatdude said:
You can do great in your early 20’s while basically being an alcoholic or drug addict (depending on the drug of course). But those chickens always come to roost in your late 20s and early 30s. Obviously Brazilians are the best example of this.

Vidal seems to still have maintained a good level though, although he’s definitely nowhere near his Juve form. I guess the rumors of them letting him go due to off the field issues may have been true.
Click to expand...

Taking care of physical fitness is very important, shame so many don't care full care of themselves. Rooney is also one more good example, he is just 31 but from last 2-3 years he is on massive decline and plays like a player in mid 30s. 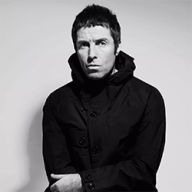 brehme1989 said:
We had something similar in mind in the 2004 Euro, with Greek football being corrupted beyond imagination (unless you witnessed Stasi's Dynamo Berlin) and everyone was like "the Euro will make us get stronger". Instead, the same shit kept on and then the corruption penetrated towards the NT with the corrupted bodies deciding who plays and who doesn't just because it was easier to showcase some players for... promoting them for extravagant and inexplicable sales. So Greek football has deteriorated from that and the corruption just increased.

Nonetheless, winning the Euro 2004 was epic. Mostly because the team that corrupted and terrorized the league had almost nothing to do with that success, it was the "losers" from the two other teams that won everything, including Karagounis. I also don't like the Greek team, stopped caring about it completely in 2012 or something. So I get your point of view. It's a bit weird for outsiders of course, but Croatia's players are international stars mostly unlike the Greeks who are like expensive shepherds in football terms, so it's even weirder to see people feeling this way about a considerably strong team. Argentina is also corrupt as fuck, so is Italy, but I'm not sure people don't support their NTs because of their corrupt FAs.
Click to expand...

I know for this case:
https://psmag.com/news/political-corruption-is-ruining-brazils-world-cup

I understand that most of people from outside cant understand something like this but there is a strong reasons why someone cant support NT.

So do all euro teams lose players for 2 weeks then another 2 weeks due to quarantine? Only to do it again for November qualifiers?

Euro teams want South American teams to play qualifiers in Europe. Other option was to do 3 games instead of 2 games per fifa window since we were suppose to start in March

10 years of FIF
It begins today

I started this thread for the 2018 WC qualifiers

When it started it looked like Chile and Ecuador were the teams to beat. Neither ended up qualifying as South American qualifiers are a long and brutal road. Will be worse now with Covid. Ecuador is another interesting team to watch out for. Chile isn’t getting any younger so interesting to see if their golden generation as enough in the tank to push them to Qatar

To me Venezuela is the team to watch. Only team with 0 shot to qualify is Bolivia. The other 9 teams can all make it.

Funny in 2015 I thought Falcao was a Zombie. While he did recover. I am
Still worried that the new coach will start him over Duvan and Muriel which makes 0 sense those dudes are part of a team that win games by 5 goals a game.

10 years of FIF
Chile got openly robbed .... clearest hand ball I have ever seen

Excited to see Colombia v Chile on Tuesday. The Atalanta trio out there with James ..... is flap worthy. Def the most exciting game of round 2

All the other games are meh

If Venezuela can recover and beat Paraguay at home they might have a shot to qualify. If not 2026 time

I expect Ecuador to win at home against Uruguay but who knows. The refs let Uruguay get away with murder

Tho in South America getting any points vs Argentina or Brazil (home/away) is a win. Bringing anything back from a away visit to Bolivia or Ecuador is a massive win as the altitude kills teams. Then just try to win all your home Game

10 years of FIF
Most Serious Member
Most Stubborn Poster
Both our Chile boys scored against Colombia.

brehme1989 said:
Both our Chile boys scored against Colombia.

Vidal is a cunt!!

We got robbed a goal. Every goal, handball needs to go directly to var. coaches should be allowed to challenge up to 3 ref calls a game like American football.

Dude Sanchez fking rapes Cuadrado every time he plays Colombia. He better do that shit for a inter against a Juve!!

But no I like Chile game style and want to steal their coach (he is Colombian). They are just getting really old. To me they have been the best South American team the last 10 years with the generation they had with Bravo, Alexis and Vidal. Their guys just don’t play in big teams so you guys don’t nut on them like you do with Uruguay, Brazil and Argentina.

Big win for Argentina in Bolivia. Like I expected they took a young team to not be so effected by the altitude
Venezuela lost so to me they are eliminated.

Colombia next month has Uruguay at home then Ecuador away. 2 huge games and it we get 4 again or 6 would be super happy

Think we should have won I don’t know why the Murillo goal didn’t coach.
C

It seems like there has been a first half substitution due to injury in every single match in Round 3 of these qualifiers.

10 years of FIF
Not sure which tread this belongs to but des anybody have a source that tells us how many players got covid in the last nt break?

It s like 4 from the top of my head but i m sure theres more.
Freaking stupid that the uefa forces the players to do this in such a time.

10 years of FIF
Murillo is so bad

I was happy to get a break and relax from inter’s shit show..... but my country Keeps adding to my misery...
lmfao what an ass whooping
C

Are Ecuador that good?

It looks like Colombia and Chile need a new generation of players to come in as the players the previously brought them good results are pretty much at the end of their careers.
E

Issue is the coach. Sadly losing 8 points from a direct rival after 3 games is really really bad. 1 point and -8 goals from two teams we need to knock out to stay in. Next game is Brazil at home then Paraguay away. Not easy at all
You must log in or register to reply here.
Share:
Facebook Twitter Reddit Pinterest Tumblr WhatsApp Email Share Link
Top