10 years of FIF
Transfer Guru
Sounds like Inter are serious. Vice-Brozovic? Not the biggest priority, but we definitely need an option for when Brozovic is injured or feeling moody. Valero is no longer that option.

Also like the fact that we may be stealing him away from Milan :troll:

Inter have reportedly reached an agreement with Sassuolo over a deal for Stefano Sensi, which could rise to €30m.

Earlier today there were meetings between the Milanese club, Neroverdi CEO Giovanni Carnevali and the Italy international’s agent Beppe Riso.

They appear to have been fruitful as Gianluca Di Marzio claims Inter will pay €5m to sign the midfielder on loan with an option to buy, somewhere between €22m-€25m, in a deal resembling the one that took Matteo Politano to San Siro last season.

Teenage striker Edoardo Vergani is also being tipped to head in the opposite direction as part of the transfer, which comes as something of a surprise, given he seemed to be set for Milan.

Meanwhile, both Di Marzio and Fabrizio Romano are adamant the arrival of Sensi does not rule out a move for Nicolo Barella as the Cagliari captain is still seen as their top target.

Barella is reported to have his heart set on joining the Nerazzurri this summer, despite interest from Roma, Milan and Paris Saint-Germain.
Click to expand...

10 years of FIF
Nostradamus
Sounds more like a done deal

10 years of FIF
This is a good deal. Expecting also that this has nothing to do with Barella and hopefully yet another midfielder.

10 years of FIF
Not a bad player. But again good for rotation and shouldnt be a starter and by no means should block getting at leadt 1 more mudfielder.

I thought he alreafy signed for Milan tho, lol. Apparently it was almost done deal but we joined the race and he prefers us.

Hope we can also get someone who can bring us goals from midfield.We need that badly for years.
G

Sensi reminds me a little of Torreira in terms of style of play. They're both very composed on the ball, have a good vision, a good shot from outside the box, and can stand their own in midfield despite their lilliputian physique. Naturally, the Uruguayan is better, but also more expensive (the notion that Arsenal might sell him for peanuts because he's unsettled in London is laughable and most probably the result of the wishful thinking of some deluded milanista).

Anyway, if Sensi comes here to be Brozovic's backup, then I'm fine with this deal. Firstly, because the Croatian is the most important (= difficult to replace) player in our roster, and we definitely need to have someone ready to fill his boots when he needs to take a breather. Secondly, because even though I'm no chauvinist, we need to put the names of 8 "locally trained" players (4 from our own Academy and another 4 from any Italian Academy) on our list of 25 for CL. Considering that the 4 Inter-trained players will be Berni and another three former Primavera players of little consequence, it's only right we strengthen the remaining 17 spots. And Sensi, under these conditions, is one of the best possible options to cover one of the "Italian" spots.

As for the price, €22m* for a player with more than 60 appearances in Serie A and a couple of caps with the NT seem legit to me. Also keep in mind that we're not paying shit now, and will only start paying for him next year. So, all in all we're getting a good reinforcement for free (= without using this years' war chest).

Of course, I still expect us to sign Barella and to increase the creativity of our midfield/attack. Talking about the Sardinian, signing Sensi could also help us force Cagliari to drop their demands a bit.

Lastly, milan were interested on him but according to the rumours they just couldn't afford him at the moment. They offered Sassuolo a 2-year loan + option at €15m (Pierino Ausilio's style), which was rebuffed. So they raised their offer to 16 oblivious, and Sassuolo told them to fuck off. The same thing is happening with Veretout (apparently bound to Roma), but their fans believe they will get either Ceballos or Isco on loan from Real.

10 years of FIF
Sassuolo hated us they were always difficult to deal with, now that marotta is here it seems our contacts have expanded.

10 years of FIF
Nostradamus
We've had lots of dealings with Sassuolo. The only issue was with Berardi as they didn't want to give him to us due to their agreement with Juventus.

Politano came with the same formula and Marotta was at Juventus back then.

Antonio Conte now has the first reinforcement for the midfield. According to Sky Sport transfer market expert Gianluca Di Marzio, the operation to bring Sensi to Inter has now concluded and he is the first signing for the Nerazzurri this summer. In terms of personal agreement, there is also one for five-year at 1.8 million net per season. On Sensi there were also Barcelona and Milan but Inter management was able to close everything very quickly to avoid possible raises of teams mentioned.
Click to expand...

a week ago in RnB:

10 years of FIF
Nostradamus
I don't think they made an offer. Back when they got Boateng they said they wanted Sensi as well. They probably just had an agreement to make a bid if he was available and they just didn't.

At least he can run, move, see, pass and shoot. Do you call our midfield last season a midfield? 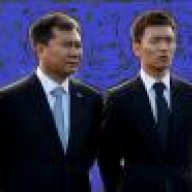 For a first team signing this is very underwhelming, but for a squad player makes sense. If Conte approves, why not? I'll reserve judgement until I see him play.

Palacio said:
At least he can run, move, see, pass and shoot. Do you call our midfield last season a midfield?
Click to expand...

These are the basics of football. Basically a Vecino 2.0.

I'm disappointed. You would expect someting better with 30 mil.

I mean, if suning was about to splash 300 mil I wouldn't care, but it isn't the case so you have to wonder if there wasn't a better way to spend this much money.

This is a politano-bis, it's the exact same deal: this option to buy is in reality a verbal agreement that we will redeem him next summer.

We get to spare the money for now, they get more money than the player is worth.

FIF Special Ones
Forum Supporter
10 years of FIF
If we stopped wasting millions on these guys we'd easily have enough to get top talent like SMS. This guy + Vecino + Gagliardini = SMS.
P

Nyall said:
If we stopped wasting millions on these guys we'd easily have enough to get top talent like SMS. This guy + Vecino + Gagliardini = SMS.
Click to expand...

SMS is overrated in my view. I would rather buy three decent midfielders than to spend 70m on the likes of SMS. He isn't a game changer nor is he a hard worker. You do have a point though that we need at least one superstar signing in midfield.

Would be thrilled if we signed this kid, been impressed with Sensi for a while.
I don't think this necessarily excludes Barella as they have different attributes. I definitely see Sensi as more of a Regista.

If we did manage Barella and Sensi, we'd essentially have the heart of the azzurri midfield for the next 8 years in our squad which would be pretty cool in terms of their understanding of each other + marketability