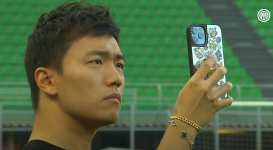 crzdcolombian said:
haha you all going to be on his dick once we sign one of the best defenders in the planet
Click to expand...

yeah sure, never liked him even when he brought players like Eriksen and Hakimi
E

poor guy needs a translator and someone to explain the rules

Best Football Poster
Steven has returned to Italy and had a lunch with Inzaghi, Marotta and Ausilio at Pinetina. He left before the technical summit between Inzaghi and the directors.
E

Il Drago said:
Steven has returned to Italy and had a lunch with Inzaghi, Marotta and Ausilio at Pinetina. He left before the technical summit between Inzaghi and the directors.
Click to expand...

Or you got the all the players we can afford make it work, Damn it!

The first hearing of the case that is seeing some Chinese banks try and recover money from Inter president Steven Zhang is scheduled for March 8, 2023, according to a report in the Italian media.

As has been reported by Milanofinanza.it, the deadline for filing an appeal in Hong Kong against the ruling that proved Steven Zhang wrong in the lawsuit brought by some Chinese banks, intent on recovering $255 million in loans and a defaulted bond that he had guaranteed passed.

The first hearing has now been set for March 8 in 2023 and it will be in front of Judge Alima Zama.

Holding the line for the Chinese institutions is the China Construction Bank, one of Beijing’s big four public banks, with which Great Matrix Ltd, a company wholly owned by Zhang himself, closed the deal.

In Steven Zhang’s defence, he reiterated that the signatures on the refinancing guarantee documents were forged and that he had no knowledge of the refinancing, an assertion that the judge rejected.
E

Forum Supporter
Sounds like Stevie darling, maybe spending a lot more time in Italy than tripping the light fantastic in Hong Kong unless Daddy calls him home for a conference behind the proverbial wood shed.

Curva wants him out as well.

i predict him to sell more players in january based on him is getting sued by Chinese creditors in Hongkong and china mainland.

10 years of FIF
Most Diverse Poster
they couldn't make more of these signs and put them around the city?

even our fans are broke

Best Football Poster
According to Tuttosport, Andrea Agnelli had a meeting with Steven Zhang at Casa Inter yesterday.

Il Drago said:
According to Tuttosport, Andrea Agnelli had a meeting with Steven Zhang at Casa Inter yesterday.
Click to expand... 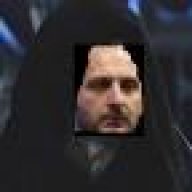 I have discussed with the Curva. This is a rather unfortunate event, as there was a typo on the sign. It should read "Zhang Lattante".

Il Drago said:
According to Tuttosport, Andrea Agnelli had a meeting with Steven Zhang at Casa Inter yesterday.
Click to expand...