10 years of FIF
Anyone of you have Disney+ ? If yes, what do you like about it most? Apart from the Marvel movies, are the disney original movies/series any good?

Shark said:
Anyone of you have Disney+ ? If yes, what do you like about it most? Apart from the Marvel movies, are the disney original movies/series any good?
Click to expand...

I don't like Marvel, I love Disney+ but the wife pays for it, I pay for amazon/netflix.

Things we watch on Disney+
- All Disney films (aladdin, jungle book etc) Murders in the building, some chick flicks like 10 things I hate about you, devil wears prada, Wreck it Ralph, Toy Story 1-3 and new arrivals like Luca & Onward and the new Rock Jungle Cruise film is coming soon too.

Free Guy a new film was a great little watch with Ryan Reynolds.

New show called "The Premise" only 2 episodes in by B.J. Novak (American Office) which I really enjoy.

Star is really good and I've never touched on National Geographic yet but it looks awesome with some really good shows to be watched on my watchlist.

I want to watch American Dad/Family Guy/How I met your mother/new Mighty Ducks series and Walking Dead from it too.

What I dislike about Disney+ unless I have botched some setting, it doesn't leave off in a series where I last watched so I i am on episode 21 of 24 of 24 and turn it off half way through I have to remember or write it down to not forget which p******* me right off.

Do you feel depressed ?

it's a natural antidepressant

and imagine that these words are coming from a big city guy who hates rural life !

Gordon Bombay is back!! 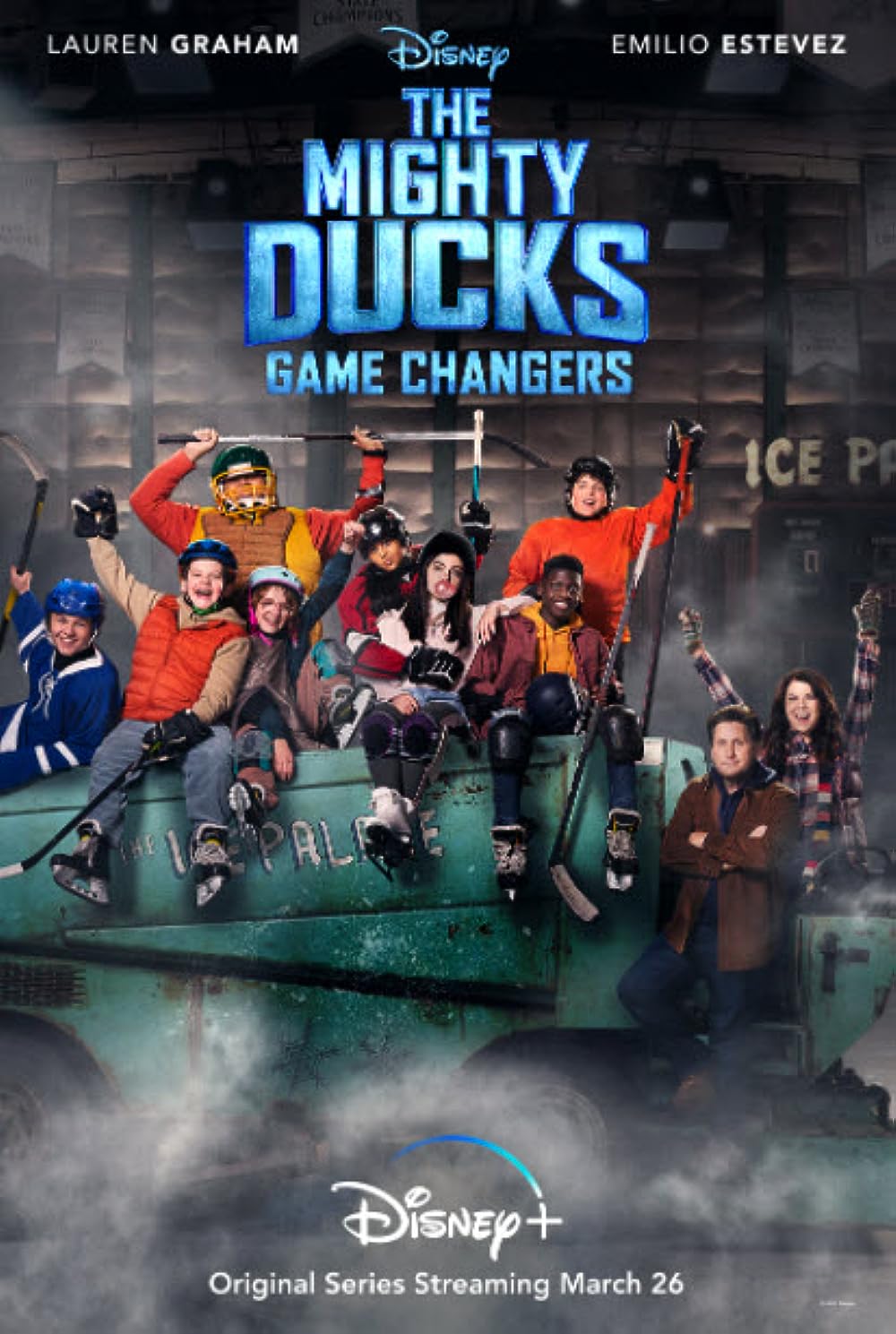 Sawyer said:
Gordon Bombay is back!!

I liked the show

Watch it with my nephews.

Forum Supporter
Most Humorous Member
10 years of FIF
Five minutes into the new season of Curb Your Enthusiasm:

"Who throws a funeral for themselves while they're alive?"

10 years of FIF
Nostradamus
I'm wattching the show called "The 100". I put it on almost by mistake and then figured I'll watch it. I'm actually almost done now, ending Season 5. Was afraid it's going to be a very bad Lost copy, but it's actually rather good.

brehme1989 said:
I'm wattching the show called "The 100". I put it on almost by mistake and then figured I'll watch it. I'm actually almost done now, ending Season 5. Was afraid it's going to be a very bad Lost copy, but it's actually rather good.
Click to expand...

Loved the first two seasons but forgot to watch the rest of the seasons. Will probably watch it though

Forum Supporter
Starship Troopers...haven't seen that in a while. The 1st time I watched it I liked it for all the wrong reasons

Later when I understood it better I realized I had fascist predilections when I was a kid. A genuine piece of art in my book.

Shark said:
Anyone of you have Disney+ ? If yes, what do you like about it most? Apart from the Marvel movies, are the disney original movies/series any good?
Click to expand...

I got Disney+ only for The Mandalorian. Totally worth it, what an amazing series. The best thing to happen to star wars since The Empire Strikes back. There are a few spinoffs coming next year, so I am keeping Disney+.

I hear the marvel tv series are decent, but I've had my fill of MCU so am not into them.

Anyone catch WOT on prime? One of my favourite fantasy book series, so far the TV version is a bit disappointing - so many unnecessary changes to the storyline. Why do these idiotic scriptwriters think they can improve upon an epic story? Foundation on Apple TV got screwed for the same reason.
Last edited: Dec 2, 2021

Not 1 character is likeable….

Also if trans men exist why hid at all. Every location they go to you see trans men…. Why is he hiding

I read the comic and am
Pretty sure no trans people in it. Or what’s the point of hiding

10 years of FIF
Most Diverse Poster
I watched some of the What if episodes and it's boring to me, and kinda pointless as well. I guess I don't care enough for these characters, even tho I watched all of the MCU movies.

Arcane was a nice watch, the story and characters are meh but the animation, art style, soundtrack/music, and directing are top notch.

They are one off specials bud, id highly reccomend the first episode is 100x better than the 2nd though, if you figure out the very last scene without googling I'll be impressed. Episode 1 was called Covid special and the 2nd on was covid the end of covid or something like this, sorry I'm not at my pc to check properly.

Netflix in my region recently acquired the rights for Seinfeld and Friends, two absolute Sitcom classics. I’ve never watched either of those shows, as I grew up in the Two and a half Men and Srubs era. Are Seinfeld and Friends worth watching these days? I rarely ever watch comedy series these days, but I think Community and Brooklyn 99 are decent. I don’t watch a lot on Netflix either, I reactivate my subscription maybe 3 times a year tops.

Oh yeah and The Office will also be available on Netflix in the near future. I see some people claiming there’s a lot of similarities between The Office and Brooklyn 99. I’ll switch to The Office once it gets uploaded and probably permanently drop Brooklyn 99 after one season, since I find Andy Samberg absolutely insufferable
Last edited: Jan 5, 2022

10 years of FIF
Nostradamus
Seinfeld is the best ever, but don't put much into the first 2 seasons as they were experimental. Still has a lot of gold moments in the first two seasons, pilot aside. Season 3 to 7 is probably the best television ever.