On this day in 1926, AC Milan and Inter Milan inaugurated the iconic San Siro stadium with a friendly game of football. The Nerazzurri thrashed Milan by 6-3!

The two clubs share the stadiums together now but originally, AC Milan were the sole tenants. Construction began in 1925 in the San Siro district of Milan, with a view to have a stadium specifically dedicated to football. Chief architects Ulisse Stacchini and Alberto Cugini rejected the idea of having athletic tracks around the pitch – a familiar feature in many classic Italian stadiums that were built from public funds.

The new home of football was named Nuovo Stadio Calcistico San Siro. 35,000 Fans had gathered to watch the two Milanese clubs fight each other.

Until 1947, Inter played their home games at the beautiful Arena Civica. The two clubs have been sharing the San Siro ever since. In 1980, the stadium was renamed as the Stadio Giuseppe Meazza. An Italian football legend and a two –time FIFA World Cup winner, Meazza played for both Inter and AC in the 1920s, ‘30s and ‘40s.
Click to expand...

you learn smth every day...

10 years of FIF
Most Serious Member
Most Stubborn Poster
He's the (great) uncle of Gigi actually.

Forum Supporter
10 years of FIF
22.5.2010 the last real Grande Inter died....
Today we have a Chinese knock off ffs run by fuckers who care about their reputation not this club.... what it once was
ET,Suning...all the same agenda...making a buck and publicity for them
Fucking hell

JJM said:
22.5.2010 the last real Grande Inter died....
Today we have a Chinese knock off ffs run by fuckers who care about their reputation not this club.... what it once was
ET,Suning...all the same agenda...making a buck and publicity for them
Fucking hell

We are no longer Inter, even the players we have don't care from joao mario who walks during matches to rannochia who shamelessly is happy with a point to the point of repetition. Sad! after all these years a club with no soul.... 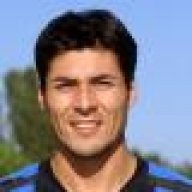 3 May 1961: Giacinto Facchetti made his Inter debut against Birmingham City.

Best Football Poster
Speaking of that UEFA Cup, i found an interesting story of Ze Elias about that trophy on the net.


Zé Elias: Ronaldo told Mancini, ‘Keep quiet, I’ll give you my autograph after’


From almost giving up football and then breaking through at Corinthians, to playing with Ronaldo, and to winning the UEFA Cup with Inter, Zé Elias has got some unbelievable stories to tell.

Sat in the café in front of the stunning art deco façade of São Paulo’s Pacaembu Stadium, a smile breaks across the face of Zé Elias as he recalls the May night in Paris when he and his Inter team-mates swept Lazio aside to win the 1998 UEFA Cup.

“For me, personally, it was the most important [trophy].”

Victory, of course, is always sweet. But when it comes in the face of adversity, the sense of fulfilment is so much greater. And that tournament, for Zé Elias as an individual and for Inter as a team, had been a tale of reversals and redemption.

“The priority at the beginning of the year was the league; the team was made to win the league,” Zé Elias says. “So, in the games against Neuchâtel Xamax and Strasbourg, they put out a second string.

“It was only when they realised that we could go on to win it that [Luigi Simoni] started playing the first team.”

That decision to prioritise Serie A benefitted Zé Elias, who was at that time only 21 and part of that second string. The UEFA Cup was his chance to force his way into contention for a place in the first team.

“At the beginning of the year, I wasn’t even in the reserves,” he says. “I was sitting in the stands, watching. So I kept training and training and my first break came against Neuchâtel.”

It was an opportunity he grasped with both hands, scoring the second goal of the match to seal a comfortable 2-0 win away from home: “From then on, I started getting more chances to start games.”

“The campaign was fantastic because we managed to overturn some negative results. Against Lyon we turned the game, there in Lyon. Against Strasbourg, too, we had a few problems and managed to reverse the situation.”

In the second game against Strasbourg, in Milan, an illustrious trio of Javier Zanetti, Diego Simeone and Ronaldo all scored to overcome a 2-0 first-leg deficit.

That set up a showdown against Schalke 04, a replay of the previous year’s final, which Inter had lost.

“It was war. Marc Wilmots and I…” Zé Elias’ sentence tails off, but he bashes his clenched fists together and his point is clear.

“There were punches, there were kicks. There weren’t so many cameras at that time, so the game was a lot more intense.”

The Inter of the late 90s had a distinctly South American flavour to their squad, and in the semi-final against Spartak Moscow Zé Elias was joined on the scoresheet by compatriot Ronaldo and the magnificent Iván Zamorano, guaranteeing a 4-2 aggregate triumph.

It was, of course, Serie A’s golden era, and Zé Elias is keen to highlight the quality of opposition he faced on a weekly basis.

“We had Bergomi, Zanetti, Simeone, Djorkaeff, Ronaldo and Zamorano. You go to Milan, they had Costacurta, Maldini, Albertini, Boban, Weah, Savisevic. Juventus had Del Piero, Conte, Di Livio, Zidane. Legends, only legends. It really was a strong league.”

When asked to choose the most belligerent of his on-pitch rivals, though, he doesn’t hesitate for a second: “My battle was with Edgar Davids. He was horrible. Horrible. He always came in over the top, trying to hurt you.”

Given the power of Italian football at the time it was fitting, then, that Inter’s adversary in the UEFA Cup final should be one of their domestic rivals: Lazio.

The Biancocelesti were the favourites, but Ronaldo had other ideas.

“I roomed with Ronaldo, and before the final they chose two players from each side to speak to the press,” Zé Elias says.

“From Lazio it was Nesta and Mancini, and they said that if one of the two sides really deserved the trophy, it was Lazio, because they had got to the final without losing, without having to overcome any bad results.

“Ronaldo was sat there next to them and said, ‘Tomorrow, I’m going to make these two into figuras di merda’,” using an Italian phrase that roughly translates as ‘look a fool’.

“I went to him and asked, ‘Ronaldo, what are you doing?’ He looked at me and said, ‘They talk too much.’”

With a knowing smile, Zé Elias glances up before continuing, “The next day we won the game 3-0. Ronaldo had a field day. He scored a goal, nutmegged someone.

“Mancini came up to him during the game and Ronaldo said, ‘Not now, keep quiet. If you want, I’ll give you my autograph after the game.'”

The other two goals were scored by Zanetti and Zamorano, cementing the importance of Inter’s South American connection.

The leadership of Simeone

On the subject of another one of that contingent, Diego Simeone, Zé Elias is emphatic. “We knew [he would become a manager]. You didn’t even need to play with him, living alongside him was enough.

“He watched football from six in the morning until midnight, slept from midnight until six, woke up and started watching football again.

“You went into a match and he already knew how the opposition were going to play. Five minutes after it started, he would change the way of playing. He’d say, ‘Zé, stay a bit more to the left or a bit more to the right, let’s swap positions.’”

Zé Elias, like many others, sees a lack of that sort of leadership in today’s game and puts it down to two things, firstly, the power of big-name managers to dish out instructions and, secondly, the financial situation young players find themselves in.

“Today there is a lot of money for young players, so they grow up without any difficulties. They are educated in a comfortable situation. With that comfort you don’t develop leadership skills. You don’t need to fight for anything if you already have it all.”
Click to expand...

10 years of FIF
Most Serious Member
Most Stubborn Poster
Just in case anyone was wondering why Mancini rejected the return of Ronaldo and he ended up at Milan...
G

great read, glad to know Mancini was a bitch even back then

10 years of FIF
Most Diverse Poster
I was under the impression that Roma was going to rape us in this game back then, but I was shocked to see how solid in midfield we were that day, we entirely and completely dominated the midfield and Roma were left look like some immature school boys right on their turf. Then Milito scores, and that was pretty much the end for them.

10 years of FIF
Most Serious Member
Most Stubborn Poster
Ah, the good stuff. At first I thought it'd be about the other 5/5... 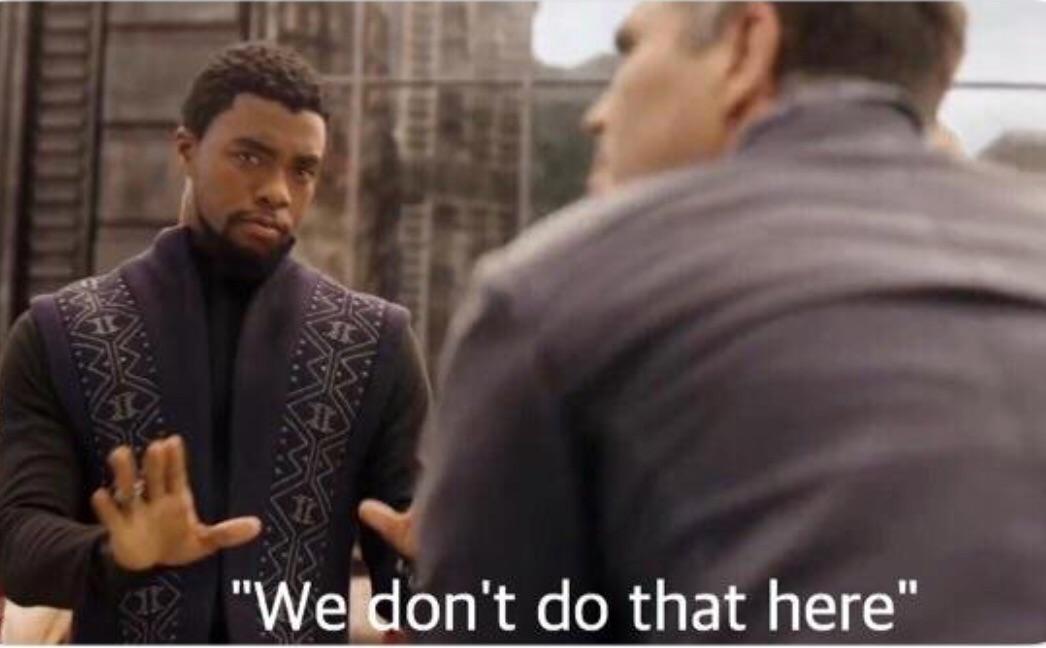 10 years of FIF
Most Serious Member
Most Stubborn Poster
Today is the anniversary of the last Uefa Cup win. Ronaldo's big day, 3-0 vs Lazio.

A WORD ETCHED INTO OUR HISTORY
Nine years ago on 22 May 2010, Inter were crowned Champions of Europe and completed an unprecedented treble

MILAN - It’s a night that we’ll never ever forget. A night for all Interisti. It was the greatest of campaigns, one that reached its climax in Madrid, yet we made it seem like San Siro.

Nine years ago, on 22 May 2010, we made football history. The struggles of an entire season, one lit up by Coppa Italia celebrations and our Scudetto success in Siena. That team had just one objective: winning.

We all remember that evening, it’s etched into all of our memories. Sneijder’s perfect assist for Milito, who then finished past Butt. Julio Cesar’s save on Müller. Samuel and Lucio giants in defence and blocking out every attack. Zanetti and Maicon both relentless. The counter-attack from Eto’o and his assist for the Prince. That feint is one that we’ll never forget, along with his right-footed finish.

From Princes to Kings, Inter were crowned Champions of Europe and Zanetti lifted the Champions League trophy high. We think back to Mourinho’s embrace with Materazzi, the team’s pride and the joy of all the fans. Nine years ago, the Nerazzurri conquered Europe, inserting one special word into our history: Treble!
Click to expand...

@dynasty, i am sure you weren't expecting this one.