Top 5 forwards in Serie A? 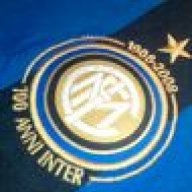 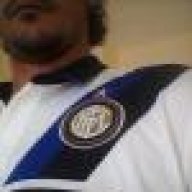 I refuse to put Ibra

10 years of FIF
Let’s debate this we got time.

If we're going by form then Ilicic is number 1 at the moment. Immobile is overrated.

Its a shame that I know for a fact that as soon as Immobile puts on that Azzuri shirt next year he’s going to forget how to score. 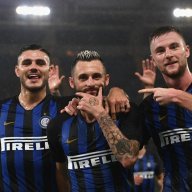 Forum Supporter
10 years of FIF
Best Overall Poster
Most Humorous Member
FIF Special Ones
Higuain is probably "better" than Martinez or Lukaku tbfh. at least when he's on.

10 years of FIF
Nostradamus
Higuain goes mad underrated because he developed a cunt face when he moved to Juventus and because he's also a fat piece of shit lately. But the guy can dance in the box if he has to and will get to score.

I'd take Lautaro over him though, both aren't consistent enough. He's a much different player than Lukaku but he's vastly superior in the box and there's no need for him to play elsewhere, whereas Lukaku is close to aveage in the box and he needs to pull away from there in order to have an advantage over the defender, if the defender needs to or chooses to follow him outside.

Saying that, the contenders for being in the top 5 this season are:

Higuain is not in, but quality wise he could be there. Duvan Zapata also played few games but he was impressive. 11 goals in 15 games and missed half the season for knee problems. Higuain was mostly fit and started a lot of games, but his output wasn't that great.
Insigne gets unluckiest award as he had like 5 shots hit the post. Team is in shit form so there's not much to credit him for.
I'd put Alejandro Gomez there too but let's call him an attacking midfielder.

Cristiano is automatic but he's such a volume guy that he just tries to hard.
Most shots, most shots blocked, most shots, only 2/21 successful crosses, 28 aerial duels won, 27 aerial duels lost.. He's one of those superstars that I'd never want to have at Inter even if I knew he'd prove to be a great asset. I just disagree so much with his whole existence as a top player

Belotti goes mad underrated in the last years because Torino sucks. He's still the most fouled players in Serie A which is odd given that he's a striker and doesn't have the ball as much. If he played for a better team he'd be a lock for top 5.

If I pick a 5 now, I think 20 minutes later I'll decide to change it up. But I think ADRossi got it right, with the exception that Lautaro has to be over Lukaku. But since I don't want to place two gobbi here, Dybala can fuck off for Lautaro.
You must log in or register to reply here.
Share:
Facebook Twitter Reddit Pinterest Tumblr WhatsApp Email Share Link
Top