UEFA as an organization

Forum Supporter
10 years of FIF
Maybe you know maybe you don't but this days a decision on a new UEFA president is being made...

It's Aleksander Ceferin(Slo) vs Van Praag(Holland) for the hot seat, ofc the Dutch candidate has only support of his own country,Belgium and the UK.And now Iceland
On the other hand Ceferin has support of 31 countries now out of 55...with Italy,Portugal,Germany,Russia and many more supporting the Slovenian criminal defense attorney who is Slovenian FA president for some time now...

The Slovenian doesn't agree with the procedure that transpired when the new CL rules have been decided(4 TOP countries get 4 spots in CL)He claims it was done with the lack of transparency and it happened behind the scenes and he doesn't approve of such approaches...

If no surprises happen tomorrow in Athens(UEFA meet that even disgraced Platini is allowed to attend) he will be proclaimed the new UEFA president... 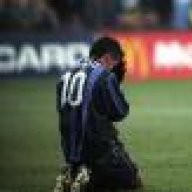 And indeed he had a landslide victory. As confirmed by himself, Deki will join Ceferin's staff.
http://www.fcinter1908.it/ultimora/...arte-della-squadra-del-nuovo-presidente-uefa/

Forum Supporter
10 years of FIF
Very competent man who won't allow any corruption in the football wordl,which could be ironic as he built his career on defending scumbag managers and politicians in Slovenia(they can pay good)
However I remain sceptical on how much he knows about football itself as he keept our NT coach longer than necessary(most football fans hate our NT coach now)and Ceferin still had his back.
Also he will protect the small clubs against the big club empires
The Holland candidate was more pro bug clubs tbh
Most however wanted a new face in UEFA leadership and Italy(Tavecchio) and Russia federations were the most pleased with Ceferin

Forum Supporter
10 years of FIF
Čeferin says that they are gonna vote in UEFA to close the mercato before the football seasons start...they need 14 votes to confirm this development...so only July will be available for transfers or what?!

Good thing is that our fucken club will get shit done quicker,that is however the illusion as...the reality and the bad side is that...oh god why...we will manage to close even less deals if it happens

10 years of FIF
Forum Supporter
They should open it in June and close it August 1st.

ADRossi said:
They should open it in June and close it August 1st.
Click to expand...

imho they could even open it later.a month should be enough. but the most important thing would be to close it by end of july, first days of august at the latest.

even the winter mercato should undergo some kind of changes, too long and players can go from one team to another of the same league at any moment in january. winter transfer session should last a week.

Forum Supporter
Am I the only one just now hearing about this UEFA Nations cup thing. What's everyone's opinion of it?

I've heard of it but I have no idea what it is. Something like a pre-qualification thing?

10 years of FIF
Nostradamus
It's a stand alone tournament, like a mini league.

Forum Supporter
The UEFA countries will be sorted into tiers based on the FIFA rankings, these tiers will then have 4 groups within them with the top teams in each group going into a best of 4 tournament where the winner gets qualification to the Euros or in other times the WC. This tournament will happen every odd year. The rest of the teams go through qualification in the usual manner. Its to get rid of pointless friendlies and get more big country matchups to make more money

Interviewed by German television Ard, UEFA chairman Aleksander Ceferin shares his thoughts concerning Financial Fair Play and the possible changes that will have to be put in place in the coming years. "Financial fair play has been introduced to give stability to the football system, but the times are changing and we have to adapt it, modernize it. We have to do something to balance sporting competition, because the gap between big and small clubs is getting higher."

LIMITING LOAN DEALS - "It's a crucial time, with many ideas, for example, a tighter limitation on player ownership and player loans. Some clubs have too many, often younger player, and then maybe they buy a 30-year-old to weaken other clubs."

The content of the interview undoubtedly was directed towards the mega million dollar deals for Neymar and Mbappe, concluded in the same summer transfer window. Nothing shows the separation between the ultra rich and the rest better than the unbelievable figures connected to the two incoming players to the Paris club. In order to prevent situations like this in the future, some Financial Fair Play regulations need to be modernized.

So he thinks the gap between big and small clubs is getting higher but at the same time suggesting that loan deals get limited?

Ronin said:
So he thinks the gap between big and small clubs is getting higher but at the same time suggesting that loan deals get limited?

Well the thought is if Chelsea for example can't own and loan 100 players than those players will actually be sold to smaller clubs. Then those smaller clubs can actually develop the talent and also have an asset to sell when the player becomes good enough.

i think salary cap would be more effective. just set a limit and once you reach that, you can't sign anyone else.

firmino said:
i think salary cap would be more effective. just set a limit and once you reach that, you can't sign anyone else.
Click to expand...

But that allow the owners to keep the cash and pay players peanuts like in American sports. I suggest we put in a budget limit like each team only to spend £200m in a window. If you spend it all in one player, tough luck you aren't allow to go over budget or it's a season ban from competing in the Champions League.

ElDiego22 said:
But that allow the owners to keep the cash and pay players peanuts like in American sports. I suggest we put in a budget limit like each team only to spend £200m in a window. If you spend it all in one player, tough luck you aren't allow to go over budget or it's a season ban from competing in the Champions League.
Click to expand...

we saw just a few days ago how psg found a workaround to that.