World 11 team that no one can argue against


Well clearly Im retarded since this is the wrong thread. but this is off topic as are 90% of my convos

They wouldnt replace any of the players in the XI

ninuk said:
They wouldnt replace any of the players in the XI
Click to expand...

Falcao, instead of Ozil?
F

ugh yea but see I didnt want any polemics on the striker roles, because theres also Ibra so simply just went with 2 strikers/wingers on top messi ronaldo. and used a 4 3 1 2

-C.Ronaldo---Falcao---Messi is pretty fair, considering they are all playing in their natural position.

Ozil is still some distance away from being on the same page as the other players in that starting eleven, so it's not imperative to include him in the squad just for the sake of 4-3-1-2.

I don't really like talking about WORLD XI squads and those hypothetical teams that would never work in the real world, the resulting squads always tend to overly emphasize on attacks and completely forget about the defensive phase of the game.
D

10 years of FIF
I c what u did here. Opening a Goat discussion which wicked wizard may not find. 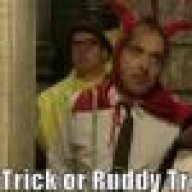 10 years of FIF
ohh i found it. wa trying to think who could replace ozil. and i cant think off anyone when i started watching football it was litterd with word class attaching midfileders my fave position too. and these days ozil is the best one, dont care what any one says football not what it was

10 years of FIF
It's really hard to choose, but this would be mine:

Too offensive, but who cares lol There are tons of other great gerat player that could feature in someones best 11

10 years of FIF
Most Diverse Poster
Karimi anyone?

ninuk said:
World 11 team that no one can argue against


Well clearly Im retarded since this is the wrong thread. but this is off topic as are 90% of my convos
Click to expand...

10 years of FIF
Since this is in OT and other sports section, I always initially intuitively read World War IX when I look at the title. 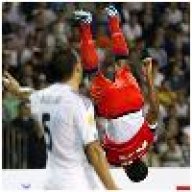