I am Martijn (no, not Martin), a Dutch Spain-hater. I will tell you my whole sports-life story here. And no, I'm not that idiot called 'rossoneri-forever', or whatever it was.

I'm of course a fan of the most beautiful club on the world, Internazionale, and I have been since 2008. Not too long, I know, but before then, I didn't give a shit about football. Inter is what made me like it. Why I started watching Inter? I thought their shirts were cool and looked great with the black and blue, better than any other out there. Yes, the shirt is what got my attention.

There is probably one team I love more than Inter, or just as much, and that has to be my own NT. I have supported them all my life. But Inter is by far the best of the clubs, of course. I don't understand what would make people like another club more than Inter. Especially when it's shit like BB Merda or RuBentus. Whatever, I can go on like this for ages.

I have always hated Spain, and I will explain every detail about why I do so. I hate them. Just as a country, because the holidays there would always turn out to be a disaster thanks to those corrupt Spanish assholes in the travel agency's (and I just didn't like the people, they were not friendly at). Also because it's one of the most corrupted countries in Europe, which gives us problems too, because they get into trouble and we have to pay for it. They are still in an economic crisis thanks to their corrupt actions and we are crazy enough to help them by lending them money. Just because we feel like we have to. But before our government has enough money to lend, the taxes must be increased, so we, as citizens, are personally paying for it. Paying for Spain. Paying for corruption. All because of those imbeciles there in the south.

But the main reason for my hatred has changed lately. Since I watch sports, and that would be mainly football, I've noticed that the Spanish corruption goes farther than problems with their economy. Not only do I have to pay higher taxes for them, they are also destroying my hobby. This is because I noticed that in any sport the Spanish team would oftenly be the only one to use dope and fuck everything up. You can't let Spain join a tournament without having extra supervision on them. That's how far it goes. I can't stand them.

In football, their playing style is also just disgusting. It breathes their attitudes. Winning by being lame. They always dive in a useful place and beg for a card, oftenly without even being touched by anyone. When the referee buys it and gives them a free kick or even a penalty, my blood starts to cook. This would go on 90 minutes long. I have never managed to watch a full match of them. They oftenly dive in front of the goal to get a penalty, and then they hope that the referee buys it so that they can score with the penalty and win the match. That's how Spanish do it. I wouldn't call Mourinho's football anti-football, I would call Spain anti-football. This mentality is also to be found in Spanish clubs like Barcelona. It's what made de give them the name 'Cylinder-free Divers'.

You can understand that the final of last years World Cup was one of the worst experiences in my life. The team that I supported all my life was about to win what my country (including me) has been begging, hoping and crying for for ages and ages, and some corrupt divers steal it away. And once again, 73% of the dives in the final were Spain. The referee helped them badly too, not only in the final but throughout the WC. I wondered if they didn't pay them, and it wouldn't surprise me if they did. Especially when it was revealed that they might have used dope I started to make plans for a third world war against Spain. They have taken away everything I care about the most. I hope the next plane Spain's team takes crashes into dust. Fuck Spain, fuck the Spanish and their disgusting faces, they should be wiped from the face of the Earth.

So, now you certainly know what I hate the most. To make it a little bit less of an anti-Spain thread, I'll tell you what I LOVE the most: McDonalds! I feel like it's my second home, and I bet I can beat you all in an eat-as-much-Big-Macs-as-possible competition. Oh, no, I'm not fat by the way. The fact that I don't get any fatter is what makes me eat Big Macs so much!

Other things I like are games, movies, music, going out, beer, hot female-flesh, and all those other things real men care about.

I think I've had everything that's important for an Inter-forum now. If you want to know more about the meaningless person I am, or about my hate-obsession, just ask below. I guess I'll see you guys around.

Forum Supporter
10 years of FIF
Anti-Barca
Thank you. I hope it's not too negative, lol. And for any Spaniards: if you're just friendly and stuff, I'll have nothing against you... I hope 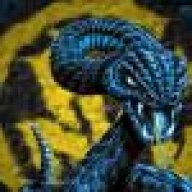 Forum Supporter
In disregard to your story of hating Spain

Welcome to the forums. 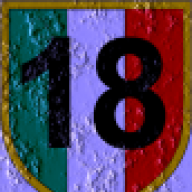 10 years of FIF
Welcome to the forum!

Forum Supporter
10 years of FIF
Anti-Barca
Thank you all 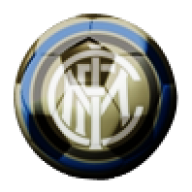 10 years of FIF
FIF Special Ones
Welcome, sooo. . . you don't like Spain then
At least there's alot around here so join in! 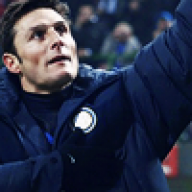 Forum Supporter
10 years of FIF
Anti-Barca
I already saw a spaniard 'Alex de Large' or something but he was just nice. All interisti are of course
Last edited: Feb 7, 2011

Forum Supporter
10 years of FIF
Anti-Barca
I forgot something btw,

Rafael Benitez destroyed Inter and he was also Spanish...