Fapuccino said:
Have you seen our midfield? Seriously, have you? This is the worst midfield we've had in 3-4 decades. These guys can't get the ball past the halfway line, but yeah Kova would be a 4th or 5th option. He was only a regular for a 3rd placed EPL team and EL finalist. Loftus-Cheek that "took his place" had like half his minutes.
Click to expand...

So? Replacing one mediocre midfielder with another will bring us something? We do that for years.

Kova as a player should be 4th choice at BEST, if he is bought as starter we wont do much better than now, if any.
K

Forum Supporter
10 years of FIF
He is not a mediocre player, he is a talented player that was sold too soon and wasted some playing time as a sub ITs his fault but the quality is still there he just needs regular playing time. Until now you can say that he has severley underachieved and underperformed but he is not mediocre.

K.I. said:
He is not a mediocre player, he is a talented player that was sold too soon and wasted some playing time as a sub ITs his fault but the quality is still there he just needs regular playing time.
Click to expand...

He's hadregular playing time though, just in the worng position.

He'd walk right into a starting position at inter. 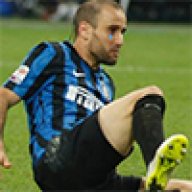 Sent from my SM-A520W using Tapatalk
Click to expand...

That's not really saying much. Any midfielder in the top flight would walk right into a starting position at Inter

FIF Special Ones
Forum Supporter
10 years of FIF
He's gonna be 4 for 4 in winning trophies in Europe since leaving us.

Nyall said:
He's gonna be 4 for 4 in winning trophies in Europe since leaving us.
Click to expand...

10 years of FIF
Most Diverse Poster
He was kinda important for this lossless Chelsea run in the Europa League. So at least he "deserves" this trophy.

Does conte like players like kova? If we can get him on loan it would be great.

I would love this. 30 plus players for barella.
5 mill loan for Baka
60 for Van De Beek. 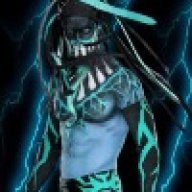 Played a great game in the cup final it must be said. In the last couple of months the whole Chelsea team has started to click, the midfield in particular has been great, and Kovacic has been pretty consistent as well when he managed to get his game time in. He'd be a major asset to Chelsea next season if they weren't under a transfer ban. But most likely we're going to see him play a bit part role in Real Madrid's resurgence next season.

For his own sake he should stay far away from Inter, he'd be absolutely wasted by Conte, doing nothing else but watching the ball fly over his head all game.
F

Are people really impressed with a Europa League final? What even is this team, Azer..n..al?

We need players that can perform against world class teams like Empoli or Chievo, not some Azeirbajani Thursday night team.

New Inter Coach Antonio Conte wants to bring Mateo Kovacic back to San Siro from Real Madrid after his Chelsea loan, according to Tuttosport.

It would be a reunion, because the Croatia international midfielder left Dinamo Zagreb for Inter in a deal worth €11m back in January 2013.

He was sold to Real Madrid for €38m in 2015 and last summer was loaned to Chelsea.

It doesn’t look as if the Stamford Bridge side will make the loan move permanent, so Tuttosport newspaper suggests Conte wants him at San Siro.

If Real Madrid were to allow him a loan with option to buy move to Juventus, they’d have to extend his contract to June 2022 first, giving them some guarantees over his future.

Kovacic will be 26 in August and this season made 51 competitive appearances with Chelsea, contributing two assists.
Click to expand...

10 years of FIF
Nostradamus
It's not inaccurate. That's why Ausilio is in Madrid. Apart from showing off at the CL final.

Do not think we can make a deal with Perez but we will try.

And it's obvious that Ausilio is in Madrid for Griezmann, Kovacic is so 2013.

10 years of FIF
Aids is in Madrid for Bale.

Kakaroto said:
Aids is in Madrid for Bale.
Click to expand...

10 years of FIF
Rumor goes we want loan + option deal for Kovacic. Rumor goes Perez values him 60m€ haha. I'm okay with half of that figure.

Despite all common sense I don't have anything against kovacic return, he was one of the most likable players we had post tripleta, and I have some weird masochistic nostalgia with that mazzari team he played for which was one the worst inter squads in the last thirty years at least. I am viewing him more or less on the same level as barella so if we get him I hope he isn't a proven player in midfield we are all asking for.