Sampdoria have officially confirmed that Federico Bonazzoli has joined SPAL on loan with option to buy.

The 20-year-old’s contract was due to expire at the end of the season, but he played 27 minutes of Sunday’s win over Benevento.

Today the Blucerchiati have confirmed that he has joined SPAL on loan, having renewed his contract first.

“U.C Sampdoria announces that it has temporarily transferred the player Federico Bonazzoli to SPAL 2013 with an option to buy.

“At the same time the club declares that it has renewed the player’s contract until June 30, 2021.”

Erm, didn't we have a buy-back, I guess it's rendered void if he changes ownership once more?

Wobblz said:
Erm, didn't we have a buy-back, I guess it's rendered void if he changes ownership once more?
Click to expand...

the buy back was valid for 2 years. 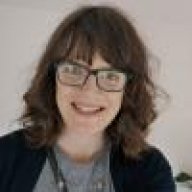 Forum Supporter
10 years of FIF
Sampdoria surely is stacking up our former strikers with him and Caprari.
P

he is doing great since restart, 3 vital great goals