How do you guys seriously stay loyal to Inter 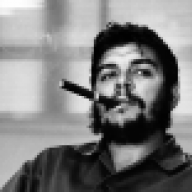 Okay I understand that this may be a bit of a

question but how do you guys stay loyal to Inter, I mean it must be hard for some of yous to watch matches, even online, some have good footballing teams in there own country (I'm born in England, lots of choices), the difficulty of supporting Inter, how do you manage it?

Forum Supporter
10 years of FIF
If you ever have to make a conscious choice to 'keep' supporting a team, then you were never a real fan in the first place, imho.

I just focus on the good things. Which is basically our younger talents which give me hope for the future. If it wasn't for that I'd be very close to giving up for a while. Hence why I hate Mazzarri with a passion.

I would never change allegiances or something though. Just lose passion for watching our side/football in general

Forum Supporter
10 years of FIF
Support your team in good or bad.If you were an Inter fan pre-Calciopoli you will also survive this shity period atm tbh.If you were not then...em look at my first statement.

I remember people here who were Ibra fans first and Inter fans second and when Ibra left, they left.good fu riddance

The sad thing is during Mancini's era when we won everything I barely watched Inter. Mainly because I didn't know about streams, and my TV deal had changed. Idk after Calciopoli we barely had any real competition, it seemed boring. Plus UCL I didn't really give a fuck until it exponentially grew a few years back.

I only really watched Inter in detail pre-calciopoli and post-Mourinho. 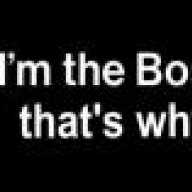 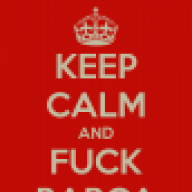 I just believe I have no choice. It's either follow them or follow no one since I will never be as happy as seing Inter win games compared to other teams. It's like asking, how can you be loyal to England NT when they are shit everyfucking time even with a great squad?

In Brazil we say "A franqueza pode ser reprovada, a lealdade é sempre apreciada" which means "Honesty might be disfavored, loyalty is always appreciated."

10 years of FIF
Because I have 100% confidence that Mazzarri will lead us to the promise land. It's easy for me.

Wallace must be so proud :epicwin:
I

10 years of FIF
Took me a long time to create emotional feelings for the club (First years I could careless pretty much), so no way I'm going to support anothe outsider club, it will never be the same. And as the fap guy said, it was too boring back when we had no competition so I never really watched as much until we started to decline. When things come easy they're not as exciting as when they are hard gained. So yeah, it will feel much better winning the league coming from the bottom.

2006-07: we won scudetto and supercoppa, got knocked out by valencia in first ko round. People told me that AC was better because they won CL this season and asked me with a WTF-face how I could be an Interista. I didn't care.

2007-08: we won scudetto, got knocked out by liverpool in last 16. people stopped saying that AC was better because they also got knocked out. still faces of astonishment why I support Inter. I didn't care.

2008-09: we won scudetto, supercoppa, got knocked out by manchester united in last 16. people told me that Inter was a group stage club, nothing more. I didn't care.

2009-10: self-explanatory. people told me that they were interistas as well and that mourinho was the best coach ever. I said: "suuuuuuure" :rollani:

2010-11: we won coppa italia, supercoppa, fifa club world cup, got knocked out by schalke in quarter-finals. people told me that inter was ridiculous. I didn't care.

2011-12: we won nothing. got knocked out by marseille in last 16. people told me that inter was a shadow of its former self. I didn't care.

2012-13: we won nothing. got knocked out by tottenham in last 16. people told me that the away goals rule was absurd because we deserved to go through having won 4-1 but still got knocked out because tottenham made one away goal. this was more pleasant than the usual blah blah but I still didn't care.


See? That's what you go through if you are loyal...

Alan said:
I just believe I have no choice. It's either follow them or follow no one since I will never be as happy as seing Inter win games compared to other teams. It's like asking, how can you be loyal to England NT when they are shit everyfucking time even with a great squad?
Click to expand...

Wallace must be so proud :epicwin:
Click to expand...