How do you guys seriously stay loyal to Inter

I decided to be fan of inter immediately after bbilan eliminated us in 2002/3 in CL semifinal, i guess i just love the pain.. 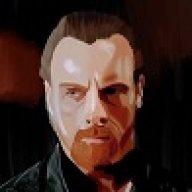 well, it started back in 2000, I followed a bunch of football clubs since we didn't have a single TV channel in Iraq that broadcasts club matches regularly, thanks to a highschool friend he introduced me to the Calcio he was a die hard Lazio supporter, I even had a special TV antenna that gets Iranian Sport Channel (poor static image quality but what the hell it's better than nothing)
then started playing Winning eleven on PS2 in an arcade next to our school and was chosing Inter amongst other teams (Arsenal, Manu, Bayer Leverkusen, Roma)
I then had a PC where all my college mates were playing all night long in my place, it was Winning eleven 2006, Adriano & Ibra were amazing so that was my fav team and I was beating everyone, then it built up to pure fandom for the colours and here I am stuck with it

10 years of FIF
Forum Supporter
Most Passionate Member
Only a plastic would ask this question in the first place.
A

I have been fan from 2002-2003 when my friend and i started playing CM00-01. He picked Roma and i picked Inter. Recoba, Vieri, Zanetti was my idols back then and as also now. Never in these years i have been rejecting Inter or saying that i am not a inter fan anymore. I have dealt the lows and the highs and thats the one reason i like to be Inter fan. You never know what comes around the corner Like we always say "Pazza Inter".
You must log in or register to reply here.
Share:
Facebook Twitter Reddit Pinterest Tumblr WhatsApp Email Share Link
Top