FC Internazionale Milano confirms that it has provided the required documentation relating to the disposals of certain players in the 2017/2018 and 2018/2019 seasons.

The request was received by the Milan Public Prosecutor's Office to verify the regular accounting of the related capital gains.

The company's financial statements are drawn up in compliance with the most rigorous accounting principles.

No Inter card holder is under investigation. No objection has been formalized. As stated in the statement from the Prosecutor, these are preliminary investigations.
Q

10 years of FIF
Honestly, if they really want to find anything sensitive, they are a few weeks too late.

Any evidences, if there were, would have been destroyed by now. They can't find anything more in our HQ than what they can find in GdS.

Best Football Poster
This is the statement from the Prosecutor. 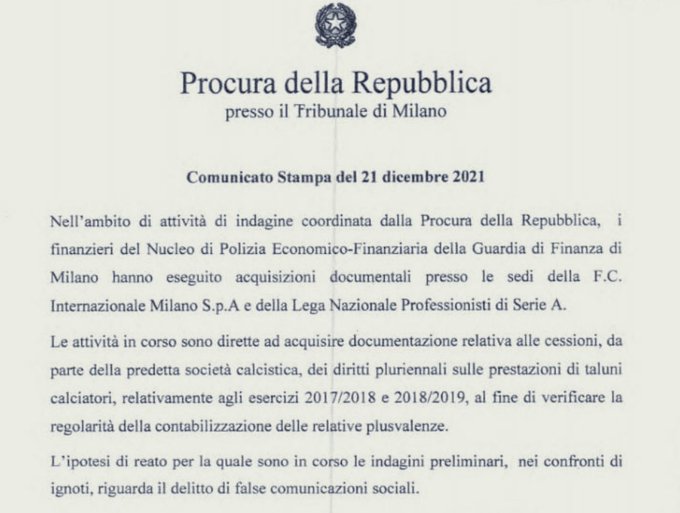 i think false social communications means our paperwork doesnt necessarily represent the reality of the transfer
Click to expand...

That's probably it. There are specific laws on this but I don't know how to find them in Italian. Not sure if there's a general EU legislation on this but I doubt it. Accounting standards aren't centralized iirc.

Forum Supporter
10 years of FIF
so we're meant to be compliant with IFRS, as I understand it, but I dont know what the legal ramifications are for not being compliant with the standards

brehme1989 said:
That's probably it. There are specific laws on this but I don't know how to find them in Italian. Not sure if there's a general EU legislation on this but I doubt it. Accounting standards aren't centralized iirc.
Click to expand...

I have seen this on twitter but i have no idea how accurate it is. 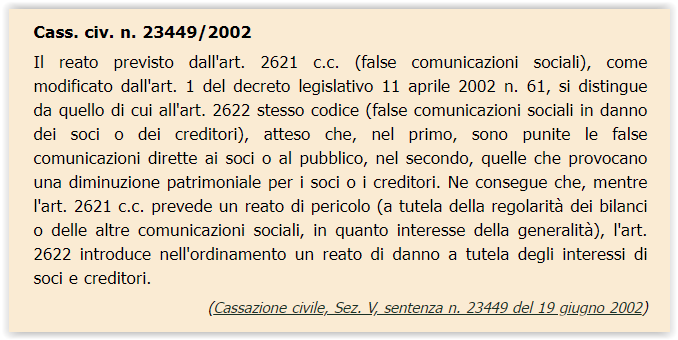 10 years of FIF
What does "false social communication" means? English motherfucker, do you speak it, prosecutor?

CafeCordoba said:
What does "false social communication" means? English motherfucker, do you speak it, prosecutor?
Click to expand...

what does this mean? could you give an example??

CafeCordoba said:
What does "false social communication" means? English motherfucker, do you speak it, prosecutor?
Click to expand...

It's false corporate communications, it's a standard breach.

Found something here that fits the situation: https://www.globalcompliancenews.co...ing-or-conveying-false-corporate-information/


It seems like the people who are relevant here are the auditors, Antonello, the Zhangs and maybe a few other top executives.


what does this mean? could you give an example??
Click to expand...


If that's whats happening, its quite serious fraud and people would be quite correctly disqualified/go to prison.

The Milan Public Prosecutor’s Office have opened an investigation into the Nerazzurri’s accounts, suggesting that there may have been some false accounting relating to their capital gains in this two-year period. The Milanese club are currently in a poor financial state, which is why stars like Romelu Lukaku and Achraf Hakimi were sold in the summer transfer window.

Calcio e Finanza has examined Inter’s transfers in these two years, noting how the club generated €89.9m in total in capital gains. These are the deals that are currently being investigated by the Guardia di Finanza.

Figures seem in order to me. I mean if I were the Italian authority I would certainly investigate each club.

Investigating does not mean irregularites will be found. 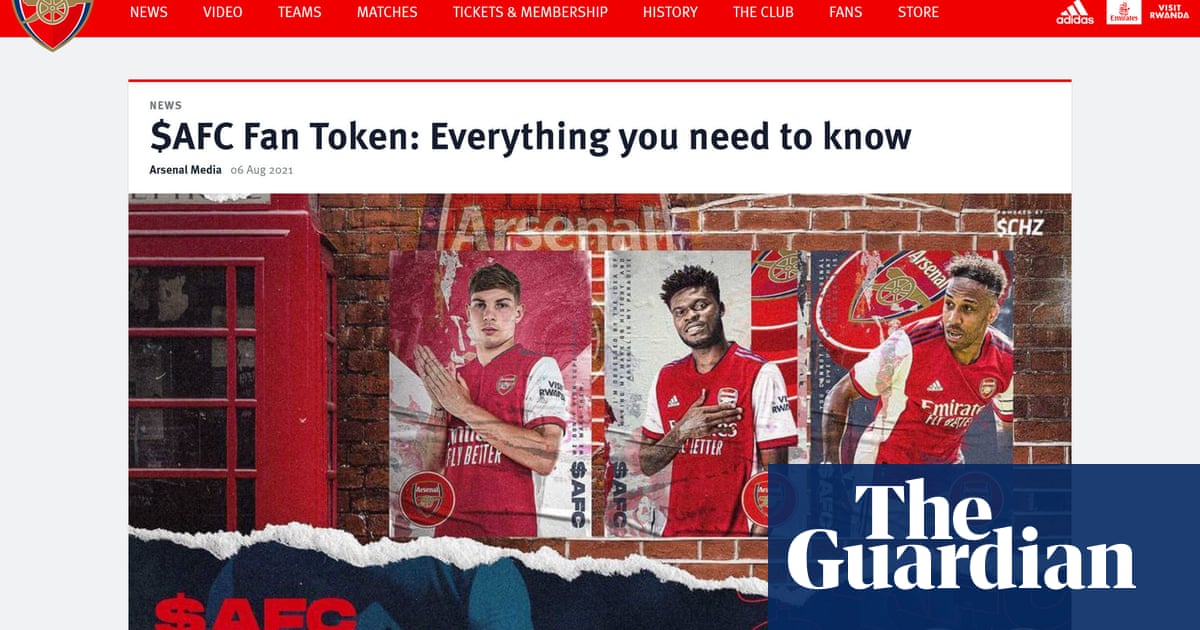 Inter will refinance their bond which matures on December 31, and are set to complete this refinancing by the end of April.

This according to today’s print edition of Turin-based newspaper Tuttosport, who report that the Nerazzurri have had their plan for refinancing the bond worth €400 million approved by credit rating agency Fitch.

The Nerazzurri currently have a double bond worth €400 million, which is set to mature by the end of the year, and which they have not yet refinanced.

However, they have been working to do so and to get the plan done by the end of the year.

The club have formalized a plan to do so and have had it approved by Fitch, which will see the deadline to complete the refinancing set to April 30.

With this refinancing, the club will have a significantly larger margin for financial management without the looming obligation to pay off the €400 million in debt contained in the current bond.

Forum Supporter
10 years of FIF
Best Overall Poster
Most Humorous Member
FIF Special Ones
Apparently Zhang Sr. wrote in a letter to Suning employees that the debt problem is being gradually stabilized.

I don't believe it for a second. At best, there is heavy liberty taken with the word "gradually", in which case the statement might be true as we're on track to gradually resolve our debt in about 180 years.

Inter are set to complete the refinancing of their bond by the end of the month.

This according to today’s print edition of Milan-based newspaper Gazzetta dello Sport, who report that the club will consolidate their two current bonds into a single one worth around €400 million which matures in 2027.

The Nerazzurri have been dealing with significant debt issues over the past few years, but they now look to be moving in the direction of dealing with the debt at the club.

The plan for some time has been to refinance the bond until 2027, and the club have been working with US-based investment bank Goldman Sachs to do this.

With club President Steven Zhang set to return to Milan in the coming days, the club is ready to finalize the agreement to refinance their bond, and will be able to get it done by the end of January, as per their schedule.
Click to expand... 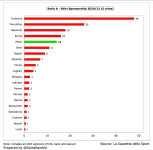