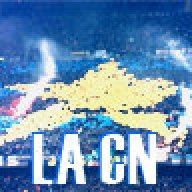 Pani said:
Bad Boys are back!!
Click to expand...

Forum Supporter
10 years of FIF
Well KG and the Wolves are down 3-1 and it they would need a miracle to win 3 times against LA to qualify and that is highly unlikely to happen against any team let alone the mighty Lakers...

On the other side in the East its just beautiful defensive games...I have to say i have never enjoyed defensive play as much as i did these past two games by Detroit they are just phenominal defensively...Offensively they are suffering abit as a result of the hard work in their own half.But i must tip my hat off to them....If they have two wide bodies on the bench that can contribute against the Lakers in the finals plus Billups picking up offensively with Rasheed(who has been on and off offensively) They might actually have the best chance an eastern team had against the west in the finals in the last 5 years. :star:

Forum Supporter
10 years of FIF
Most Important Member
I heard KG was crictisized before for not being able to 'grab the game by its throat and take it over'. Well, it was evident the series against Lakers IMO. Kobe did that in Game 3 when he took over in the 2nd half and score 22 points. Same with Game 4 when he took over the 3rd quarter and score 18 points. I can't see Wolves getting back actually.

And I'd love to see the Pistons against Lakers. They have the big men to match up with Shaq, unlike Indiana or Wolves. Plus, they have Big Ben, one of the best defensive big man in the game.

Forum Supporter
10 years of FIF
Lakers to finals :depress: I really feel sorry for KG who wears his heart on his sleave...I hope they meet Pistons and get beaten badly by them.

WOlves managed that last game miserably...I would have thought Sanders would have done a better job handling that aspect given their backs are against the walls.

Forum Supporter
10 years of FIF
Most Important Member
3 words: Kobe is sick!!! Is there anybody in this league who is a better clutch performer than Kobe Bryant??? He's the Michael Jordan of the current era, albeit a poorer version. Well, Shaq has proven that he is still unstoppable!!! 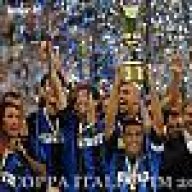 And with how the Lakers are playing I highly doubt that they could be the first...

10 years of FIF
Lakers can't beat Pistons.They were so lucky at the second match...
It could have been a sweep!

Billups is so great!

Forum Supporter
10 years of FIF
If only Detroit fouled Shaq int hat game 2 in the end it really would have been a sweep ur right...But i believe that Detroit will end it tonight. :star:

No one gave them a chance and they defied all odds and won as a team and beat the mighty LA Lakers and they did it in style and by controlling every game even when they lost they lost on the last possession where they lost concentration and went into overtime tired.....

10 years of FIF
Detroit Pistons were so great during play-offs!

Forum Supporter
10 years of FIF
One word to describe what they did to Lakers Annihaliation... :star:

10 years of FIF
Will SHEED stay at Detroit?I hope so.

Next year Pistons change their name to Wallaceville Pistons!

Congrats to Detroit!!! What an upset!!! And finally, there's a team that can handle the Shaq Attack. :scared:

Forum Supporter
10 years of FIF
I hear that T-Mac might be traded the the Rockets is there any truth in that??

Forum Supporter
10 years of FIF
Most Important Member
Well, the rumours seemed pretty strong. One thing I like about the NBA is that they created rumours based on quotes and not just manipulation of statements or pure fabrications out of nothing. The Rockets GM claimed that they have offered Magic a good deal.

I think Rockets will benefit from this deal. IMO, Steve Francis is one hell of an over-rated player who shoots more than pass, something a point guard shouldn't do. T-Mac will upgrade the SG position a lot. Am I seeing a Lakers-like combination here??? Will T-Mac - Yao match the success of Kobe - Shaq???

Speaking of the Lakers, looks like they'll be dismantled. Phil Jackson has left. Shaq requested for a trade and is likely to be traded (To honour Shaq). Kobe is on the free agent list. Wow!!! If all 3 left, Lakers will not even be half the team they were in the early 2000s!!!

10 years of FIF
Shaq may go to Dallas! 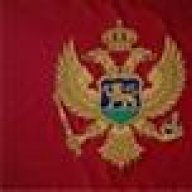