bubba zanetti said:
Let him celebrate,fkn mercenary..But he knows and will never forget 2009/10 season. Fuck him,let him celebrate and go to nursery home after that.
Click to expand...

He contributed to us a lot moree, incomparable with the titles he got at milan

Our treble winning season, and domination after calciopoli was one of the greatest period for an italian club in the world of football

It will be remembered for a long long time, and we need to make sure to tell the story to the young and new interista, it was an amazing achievement, and almost an impossible task, by god will we managed to achieve that,
What ibra did right now was like adding a pinch of salt to a bowl of chocolate, doesn't matter

wera said:
lol that's a long time to hold a grudge for a football player

Nope, he is still sour about that, he hates Inter cause that, he wanted to return but Moratti reject him and than he joined Bbeelan. Since that he fkn hates us.

10 years of FIF
Most Diverse Poster
Even if he is that petty, why are you so mad? Moratti got his CL, he didn't want to put big money into the club anymore. Ibra back to Inter would NEVER happen in summer 2010 or 2011 or 2012.

wera said:
Even if he is that petty, why are you so mad? Moratti got his CL, he didn't want to put big money into the club anymore. Ibra back to Inter would NEVER happen in summer 2010 or 2011 or 2012.
Click to expand...

Ibra didnt got CL and he is fucked up for that, we all know why he left us that year and what happened next.

I am thankful for his contribution to Inter, but otherwise fuck him. Hes also one of the biggest Champions league chokers of all time. Thats why him talking about himsellf like hes a god is pretty retarded.

bubba zanetti said:
Ibra didnt got CL and he is fucked up for that, we all know why he left us that year and what happened next.
Click to expand...

so? why are you so mad? laugh at him in that case

wera said:
so? why are you so mad? laugh at him in that case
Click to expand...

Me mad, wtf are you smoking bro

I dislike the guy and thats it, he's a cunt and asshole. Maybe you like people like that, I dont.

10 years of FIF
Nostradamus
Now he needs to go back to Juventus and win with them because he doesn't have any Scudetti from his time there.

The Serie A champions announced that the 40-year-old sustained a surgery at Lyon’s Hôpital Jean Mermoz today. Doctor Bertrand Sonnery-Cottet performed the surgery in the presence of the club’s chief doctor Stefano Mazzoni.

Milan claim the operation had been scheduled a long time ago, adding that the striker won’t return to action before seven or eight months. Ibrahimovic has been struggling with injuries this season and has missed 18 games due to physical issues this term. He was introduced in the second half of Milan’s 3-0 win over Sassuolo on Sunday, which saw the Rossoneri claim the 19th Serie A title in their history, the first one in 11 years.

Ibra returned to Milan in January 2020 and has scored 92 goals in 159 games during his two spells with the Rossoneri. His contract at San Siro runs out in June.
Click to expand...

Despite being ruled out for up at least seven months by knee surgery, Zlatan Ibrahimovic could still sign a new contract with Milan to June 2023.

Ibra will be 41 years old by the time he makes a full recovery and his current contract at San Siro expires on June 30.

However, MilanNews are confident the club will nonetheless offer Ibra a new contract until June 2023. It’s suggested the Sweden international decided to have the surgery now, just days after winning the Serie A title, so he can miss as few games as possible going into the 2022-23 campaign.

It’s also worth noting that the fixture list will be rather unusual due to the 2022 World Cup, leading to a long break in league competitions in November and December, so if all goes to play, Ibrahimovic would be ready in January.

While the Corriere dello Sport claimed that Ibrahimovic would only play on if he did not require a long lay-off due to that recurring knee issue, other reports insists both he and the club are eager to continue together. Ibra is above all a presence in the locker room even when he is not able to play.

It would therefore see his salary sliced down to just €2.5m per season, compared to the €7m he had been on.
Click to expand...

That`s basically still what he used to earn - probably the most expensive cheerLeader? 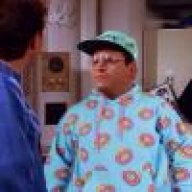 I’m assuming he got micro-fracture surgery? At his age and he still wants to make a come back? Man he really doesn’t wanna be stuck at home with a nagging wife. He’ll probably try and play until he’s 50.

10 years of FIF
If they need a cheerleader, they should look up Kolorov or Ranocchia. They'll do it for a $5 and an Espresso.

Milan striker Zlatan Ibrahimovic has mocked Pep Guardiola in his new book while also suggesting that his feud with Romelu Lukaku will continue.

10 years of FIF
He can barely do anything today other than posing for Instagram posts, how's he supposed to fight Lukaku on his wheelchair?

Is he planning to accuse Lukaku of hitting a disabled person? Well, luckily for Lukaku, he's black, so he can just kneel down and call Ibra racist

That will be one hell of a feud.