Transfermarkt confirms we payed €7.5m for Andrew Gravillon on January 29.

Fantastic. You can already tell our team is a lot better now. Well done Ausilio.

10 years of FIF
Thanks for finally creating the thread, dude. No need to quote me

Curious to see if we bought him for being talented and we want to keep him in our squad as he`s club trained, or we just want to use him as a bargain chip.

GRAVILLON SIGNS FROM PESCARA WITH ZAPPA MOVING THE OTHER WAY
The 20-year-old has signed from Pescara while the 19-year-old will move to Abruzzo, both players will remain where they are on loan until June

Best Football Poster
According to GdS, Inter brought Gravillon back for 3m plus Gabriele Zappa who was valued at 3m. Inter have kept a 5m buyback option for Zappa.

Inter will have an option to resign Andrew Gravillon for €12 million after the defender completes his move to Sassuolo, according to FcInterNews.it.

The 21-year-old will join the Neroverdi on loan with an option to buy for €10 million, but Inter can bring him back to Milan for a slightly higher fee thereafter if they wish.

The Nerazzurri initially considered including Gravillon in their deal for Stefano Sensi last month, before Marco Sala moved to Reggio Emilia instead.

Gravillon will make the move to Sassuolo in the end, though, with an official announcement thought to be imminent.

Gravillon made 29 appearances for Pescara in Serie B last year, scoring in home wins against Foggia and Lecce.

He has already played two matches in Italy’s top flight, though, having joined Benevento on loan for the 2017-18 season.

Roberto De Zerbi was in charge of the Giallorossi during that campaign and he will now get the chance to manage Gravillon again.

10 years of FIF
FIF Special Ones
Getting 10 million out of him is a solid deal. Hopefully he performs well so they pick up the option 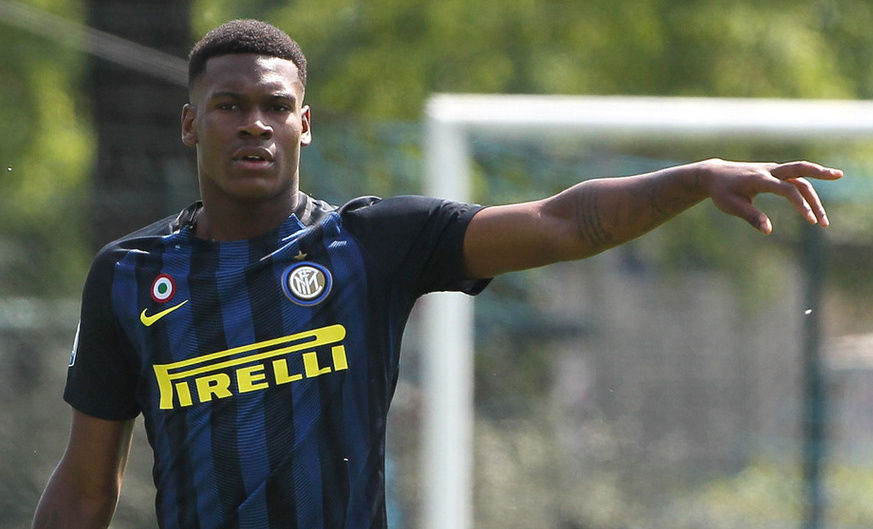 MILAN - FC Internazionale Milano announces that Andrew Gravillon has joined US Sassuolo Calcio on loan with an option to make the deal permanent.

Gravillon was born in 1998 and won the 2016/17 Primavera title and 2015/16 Coppa Italia with the Inter Under-19 side. He spent his past two seasons at Benevento (making his Serie A debut) and at Pescara in Serie B.
Click to expand...

It was confirmed on Wednesday that Sassuolo had deposited Gravillon’s contract with Lega Serie A, while he has already begun training with the club.

The 21-year-old moves to the Neroverdi on a season-long loan with an option to buy.

He came through Inter’s youth ranks, playing 63 times for their Primavera team.

Spells followed at Benevento and Pescara, establishing himself with the latter, before the Beneamata bought him back in January.

* My guess is this loan is part of the Sensi deal, Sassuolo needed a replacement for Demiral. For €9m they might just activate it, I wonder how many years is the €12m buy-back clause valid.
Last edited: Jul 17, 2019

thatdude said:
Getting 10 million out of him is a solid deal. Hopefully he performs well so they pick up the option
Click to expand...

We paid 10m€ for him in January so don't know about this. Guess we're banking on his value going up in Sassuolo so that we can flip him elsewhere later. Or him developing so much we can flip De Vrij for massive plusvalenza (I love using that word haha).

Forum Supporter
10 years of FIF
Best Overall Poster
Most Humorous Member
FIF Special Ones
I noticed this guy is at Ascoli? How is it that we loaned him to Sassuolo who then loaned him to Ascoli?

Universe said:
I noticed this guy is at Ascoli? How is it that we loaned him to Sassuolo who then loaned him to Ascoli?
Click to expand...

during a season, a footballer can play with 2 teams only, but he can change team 2 times; which means he can change team a second time as long as with at least one of the previous teams he hasn't played a single minute; otherwise, the second change can only be going back to the first team.

so gravillon's case is unusual, but within the rules. to be honest, i don't know if sassuolo needed permission from Inter to loan him out on their turn.

an exception was made years ago for romario, when he was around the age of 40 and chasing his 1000th goal: he was allowed to play for 3 teams during the season (he never really scored 1000 goals by the way, as he also counted those scored at youth level lol).

Best Football Poster
According to Sky, Genoa could go for him instead of Ranocchia.

CafeCordoba said:
Okay, if Pinamonti is 19m€, you can have Gravillon for 10m€.
Click to expand...

Yep, with gentleman agreement to buy him back next season for 20mln.

Il Drago said:
According to Sky, Genoa could go for him instead of Ranocchia.
Click to expand...

L’Équipe report that Ligue 1 side FC Lorient are in negotiations with Inter Milan to sign 22-year-old French central defender Andrew Gravillon on loan with an option to buy.

Les Merlus want to strengthen their defence before the window closes – Gravillon quit France at the age of 16 and is under contract with Inter until June 2023.

The player is keen to make the move after a series of loan spells at Pescara, Sassuolo and Ascoli.