Ok, so I got a few minutes in between classes, and its time to start playing chess with these 2 teams.

So we all know Kroos is gonna mark Pirlo. Pirlo is of course going to counteract that by moving forward out of Kroos' marking influence. That means it will leave Juve's back 3 exposed. Bayern has width to exploit that.

BUT, with Pirlo forward with Marchisio and Vidal, Bayern's central midfield will not be able to cope. Meaning the marking of Giovinco will be left to one of the center backs rather than the defensive midfielders. This means that Giovinco will pull out of position one of the center backs forward, and Vucinic/Quag will make the run behind them and score.


Yea, I am kind of half trolling and half serious. But any thoughts on tactics? Key battles? What is the key to each team winning?

Forum Supporter
10 years of FIF
Pirlo and Kroos is a great battle and they are the most important players for each side. But also, the wings are extremely important. Licht has been in stunning form, and so has been Ribery. Wings will be hardfought.

Considering all the battles going on all over, I won't be surprised if some players who aren't expected to score end up scoring. Juve have Marchisio and Vidal who are better than Schweinsteiger and Gustavo/Martinez and that could help Juve a lot.

Why do we even give a fuck?
F

Marco Branca said:
Why do we even give a fuck?
Click to expand...

cause bayern are cunts. if we aint there to knock em, an italian team has to. 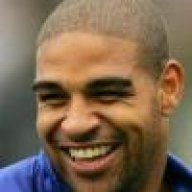 I cant believe people would cheer for a Bundesliga team, after what is happening to the league, and complaining about Inter not having enough revenue.

Who cares about Serie A anyway? It's not like they treat us correctly, at all. Fuck this corrupted league. And if we're not worthy CL, we shouldn't qualify, simple as that. We shouldn't depend on UEFA rules to qualify. We need our own quality.
S

Fapuccino said:
I cant believe people would cheer for a Bundesliga team, after what is happening to the league, and complaining about Inter not having enough revenue.
Click to expand...

I dislike them too but please open your eyes fredo cappucino they're playing with JUBENTUS our RIVALS TO DEATH.

Give us a break, you're the minority here considering your preference.
F

yeah, thats why you wish jube can get to the final, and then lose. co-efficients, they beat bayern, the biggest cuntz in the world, and Serie A gets a better reputation. Then well get more TV rights. Lets hope Lazio goes far as well.

Forum Supporter
10 years of FIF
Yeah fuck it, I rather have 1 CL spot and only have Juve qualify for it than to cheer for Juve.
S

10 years of FIF
Sorry but i don't share the same opinion about this. I understand how you settle it. But at the same time whatever success of an Italian club is weakening our side in terms of fans and club's prestige. I never have to wish for a rival to make it that way Milan will go for 10 CL trophies and Jube surpass our 3 etc..

Wallace said:
Yeah fuck it, I rather have 1 CL spot and only have Juve qualify for it than to cheer for Juve.
Click to expand...

Im not cheering for Juve, Im cheering against Bayern being beaten by an Italian Club 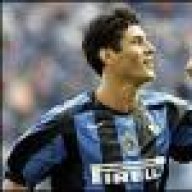 Fuck off, Juventus is the most disgusting club I've seen.

I'd rather die than cheer for them, tbh I don't give a crap about our league, if we're good enough we'll make it, we don't have to rely on anyone. Fucking Juventus cunts aaahhh I feel the rage in my fingers typing this post, I'm gonna stop now, just one more thing

I hate to admit it but Bundesliga is miles ahead of calcio at the moment and deserve a fourth spot.They have done some excellent work to achieve what they did.What have the Italians done? Pray Moratti, Berlusconi or Agnelli to dig deep into their pockets and spend millions to save the league! Nothing has been done to promote the league worldwide(fucking gilli-danda gets more coverage time than serei A) and nothing has been done to improve the structure or to make the teams more financial stable. 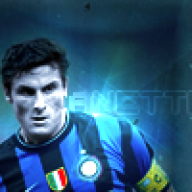 Forum Supporter
10 years of FIF
i'd be tempted to support England over Juve.

they'd just get beat in the final anywayz :troll:

Forum Supporter
10 years of FIF
FIF Special Ones
Italy is at risk of becoming a completely irrelevant league full of Schelottos, so anything which might stop that happening I'm for. I think Bayern will win, however.

People really do fail to see the bigger picture though. Everything has a knock on effect. Italy needs to be seen to have strong teams for a variety of reasons. Tv revenue, player attraction, TV coverage, future fans etc etc. Right now a little kid is more likely to support Swansea than Juve or Inter because most countries don't even show Italian football on TV. I personally support anything that might help change that.

You guys are completely blowing this Serie A downfall thing out of proportion. Bundesliga is playing with 18 teams, and their teams 16-18, are weaker than italy's 18-20.

Serie A went in that slump because of Calciopoli, and it's slowly recovering. This year we have the most co-efficient points in 5 years as a league except the 09/10 season were we won, but we still have 2 teams competing.

Once they allocate points properly with Europa League, Italy will surpass any league in no time.

Fapuccino said:
You guys are completely blowing this Serie A downfall thing out of proportion. Bundesliga is playing with 18 teams, and their teams 16-18, are weaker than italy's 18-20.

Serie A went in that slump because of Calciopoli, and it's slowly recovering. This year we have the most co-efficient points in 5 years as a league except the 09/10 season were we won, but we still have 2 teams competing.

Once they allocate points properly with Europa League, Italy will surpass any league in no time.
Click to expand...

They do allocate points properly. Teams get huge bonuses for every round of the CL they progress in while no such thing happens in the EL. Italy isn't surpassing any of the top three no matter what system they use unless Barca and Real start to crumble due to new tax regulations or something
F

the point is we're getting more points than ever as a league. it was only after calciopoli that this shit started.

except for 2009/2010, italy has gotten only barely over 11 points. This season they have 13.5 points, and still 2 teams in the competition. The league is recovering after calciopoli.

Having Rube out as a serious competitor is the main cause of this slump. Once all Inter, Bilan, and Rube play in Europe, we'll surpass any league in no time.

btw youre wrong on europa league.

Plus, the point of the Europa League still providing the same points per win and draw allows leagues to move up and/or down. If it was too disproportional the leagues with less CL spots could never move up.
Last edited: Mar 16, 2013
You must log in or register to reply here.
Share:
Facebook Twitter Reddit Pinterest Tumblr WhatsApp Email Share Link
Top