10 years of FIF
Nostradamus
Because they had 12k people at the Delle Empty.

Forum Supporter
Plus im sure they can expand what they have, theres no way a team such as Juventus would limit themselves like that. Its something a Milan team would do

ScottishInterista said:
Plus im sure they can expand what they have, theres no way a team such as Juventus would limit themselves like that. Its something a Milan team would do
Click to expand...

Nope.. Rube calls ndragheta(mafia) to pressure fans to up the prices of their tickets... Or smth in the style
In the city of Torino there are more Toro fans than Rube ladri hahahaha
Leggo Rube to another ref gifted Scudo!

Forum Supporter
10 years of FIF
FIF Special Ones
Aren't they getting like an extra 8 million from their season ticket sales with the increased prices?
P

Dylan said:
Ranocchia earning that much makes me angry as fuck. If I hear one more "bandiera" excuse I will scream. Fuck off.
Click to expand...

When you look at the cost of a player you always have to look both at the salary and at the amortisation costs.

Ranocchia was bought ~7 years ago for 20 milions.

Now his amortization costs are down to peanuts and his only "cost" for Inter is his salary. For being the 4th CB in the team his overall cost is absolutely fair.

If you get rid of him, you have to buy another player who ultimately will cost more.

Juventus season tickets are sold out mainly due to the fact that being a season-ticket holder allows you to buy CL tickets before others.

Considering that they believe they have a shot at winning it, many fans felt that buying a season ticket would be the best way to see Juventus playing in Europe.

10 years of FIF
Looking at Spalletti comment we probably renew Ranocchia salary. Hope they just reduce till a million range. Or just seeking another free trf defender for our 4th defender.
P

chipschups said:
Looking at Spalletti comment we probably renew Ranocchia salary. Hope they just reduce till a million range. Or just seeking another free trf defender for our 4th defender.
Click to expand...

I think it has more to do with what ranocchia wants to do.

He's gonna be 31 at the end of the year and he could easily find a 1mln contract in some mid/high table team (Fiorentina/Lazio/Torino). If he wants to be a starter he's gonna leave.

Otherwise, if he agrees to be the 4th man in the back, he might as well get a new 2/3 year contract.

and another one...and we can't buy a MF we desperately need...thanks Settlement agreement and fair play...FAIR!

10 years of FIF
Have you noticed there's this Investors section in inter.it these days.

It doesn't look we've made that much more money than year ago till Q3. Or am I missing something?
D

Ain't that logical? Check the section in the end reading: "Subsequent events after...". Inter signed those additional lucrative sponsorships with Chinese entities (travel agency, marketing agency, etc.) in Q4 and this report doesn't cover those deals. Before that we didn't have any additional deals of note compared to 2017 so it's only obvious that financial performances till Q3 in 2017 and 2018 are relatively the same.

10 years of FIF
Most Diverse Poster
That was delicate.

Delicate said:
Ain't that logical? Check the section in the end reading: "Subsequent events after...". Inter signed those additional lucrative sponsorships with Chinese entities (travel agency, marketing agency, etc.) in Q4 and this report doesn't cover those deals. Before that we didn't have any additional deals of note compared to 2017 so it's only obvious that financial performances till Q3 in 2017 and 2018 are relatively the same.
Click to expand...

Yeah, was surprised a bit too, but again just look at what Nike and Pirelli are paying us- mere pittance...they actually cut their sponsorship a bit because of us not playing in Europe this season and no other major sponsor came aboard until this April. Just goes to show that Suning can only boost us up to a certain level, everything else should come through CL and stadium money. Anyways I hope that we will win the Scudetto in a couple of seasons so that we become huge in China and can deal with those sponsors directly and not through that third-party entity we signed a contract with, it will bring more revenue in the future. I am really curious how much are Mastercard and Credit Agricole are paying us-probably not that much.

According to some media reports in China, Letou will be a new Inter sponsor for the 2018-2019 season. It is a popular digital sports platform in Asia where you can watch programs, games, highlights from football to basketball and much more. In the past, they already had experience in sponsoring a football club thanks to Swansea during the 2017-2018 season of the Premier League, as well as being a sponsor of Brazilian midfielder Paulinho. The company, support local media, will allow Inter to increase revenues, also with a view of the shopping campaign of the new season, as well as offering financial support.

LETOU will become the club's Official Regional Online Gaming Partner, in an agreement that will see the club's image and identity used as part of LETOU's promotions in Asia.

LETOU are hugely popular across Asia and have previously sponsored Swansea City FC when they were in the Premier League.

The partnership will give Asian football fans the chance to engage with Inter, who will provide LETOU with LED perimeter board exposure at all domestic fixtures played at the San Siro stadium.

LETOU CEO Paul Fox said: 'In recent years, the ever-popular Serie A is becoming even more prominent in Asia and LETOU is honoured to be Inter's first ever Asian online gaming partner.

'The club's great history, their fantastic international fanbase and the fact that Inter is back in the most important European competition, the UEFA Champions League, makes them ideally placed to support our continued growth in the Asian marketplace.'

Inter Vice President Javier Zanetti attended the presentation of the partnership. 'We believe that this new partnership will be successful' said Javier Zanetti 'we are proud to partner with a premium brand such as LETOU.'

Giorgio Brambilla, Inter Sales & Partnership Management Director said: 'LETOU has become an established brand in the football landscape and we are pleased to welcome such a prestigious and well known partner to our portfolio. Through this partnership they will be able to target millions of Inter fans throughout Asia.'

The partnership will commence at the start of the Serie A 2018/19 season, which begins on August 18.

10 years of FIF
What does that mean? Some random sponsor or shirt sponsor or what?

10 years of FIF
Most Diverse Poster
Give me numbers, figures, gimme money! 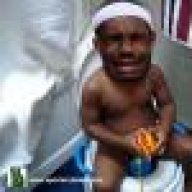 CafeCordoba said:
What does that mean? Some random sponsor or shirt sponsor or what?
Click to expand...

Means that Suning is kicking the money laundering up a notch.