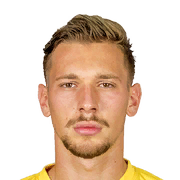 Already the most expensive romanian GK in history. I was stunned to discover he didn`t have a thread here on FIF!! Let`s keep an eye on this lad, as he might become our future GK.

One great plus is that he was raised by our academy, so he has the home grown status. 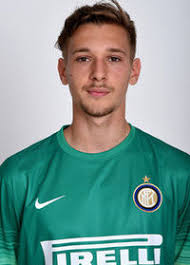 Since he is fellow romanian, I feel that I have to translate for you his story.

Andrei Ionut Radu has been remarked since he was 11 years. In 2008 Steaua transferred him from Viitorul Bucharest for 12.000 euros. After just 3 years, Gigi Becali abolished Steaua Academy after making the decision to leave Ghencea Stadium {owned by the Romanian Army}. For the first time unhappy with the training conditions, significantly damaged by the owner's decision, Radu announced the leadership that he can not train in bad conditions and managed to leave contract free from the yard of the most successful club in Romanian football.

" At Steaua they asked us to wait, but we could not do it any longer, nor did they have a junior coach. My boy had come to prepare himself on the bitumen surface of Voinţa. It could not continue like this because no future was expected for him. It's not his or my fault that he left Steaua for free." said the junior's father at the time.
Click to expand... 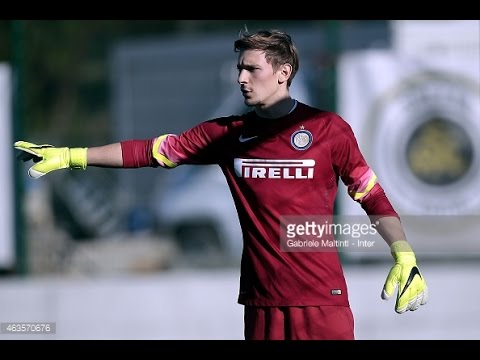 And so did Andrei Ionut Radu end up in the court of the Dinamo rivals after some intermediaries recommended the 14-year-old goalkeeper to Cristi Borcea {club owner at that time}. The former head of "dogs" on the "Stefan cel Mare" Road agreed to this transfer after his trusted people assured him that the kid was a young football player with great qualities and great future.

"I was impressed by the training conditions and the attention paid to promoting juniors. My boy is very ambitious and with a lot of work I hope to defend one day the gate of Dinamo's first team. We thank Borcea for his support and I hope that my son will not disappoint him" - the first statements of Andrei Ionut Radu's father when his son arrived at Dinamo.
Click to expand...

The adventure of the young goalkeeper at Dinamo lasted only one year. In 2013, Constantin Anghelache {I never heard of this guy LOL}, president under the "fresh" reign of Ionut Negoita, announced the goalkeeper's father that his son has no chances to reach the first team and will never impose himself at Dinamo. Following this, the father has contacted many agents and he eventually found a trick for his son to leave the contract from Dinamo.

"If Anghelche was a vigilant ruler, then that goalkeeper who now debuted at Inter's first team never left Dinamo free of charge. But Andrei's father went to Anghelache and told him he had an offer from Pergolettese, a Serie C2 (league four) from Italy, and asked for the transfer papers, but without telling him that this club is Inter's satellite, where the son will eventually end up! Hearing that this is a league in the fourth league in Italy, Anghelache let go of Radu without any financial claim. Of course, if he knew it was Inter, he never let him go... " concluded a source from the goalkeeper's entourage.
Click to expand...

" Inter will remain in my soul, and in the future nobody knows what will happen. At the age of 18, Mancini offered me the debut in Serie A with Inter, and I cannot forget such an evening: we were playing against Sassuolo when mister turned to me and told me to go warm up because I was going in. At first I did not even know if he was talking to me. " - Andrei Radu

Last season, Ionuţ Radu played as a loan to Avellino in Serie B, where he was used 22 times and helped the team in southern Italy to avoid relegation.

"Avellino was a great experience, I grew up from a human point of view in a difficult championship like Serie B," Radu explained, who also talked about his football models: "Handanovic is the example of a complete goalkeeper. He's strong in all respects and phenomenal for the attention he gives to every detail. I studied him during the trainings, and I also really like De Gea." 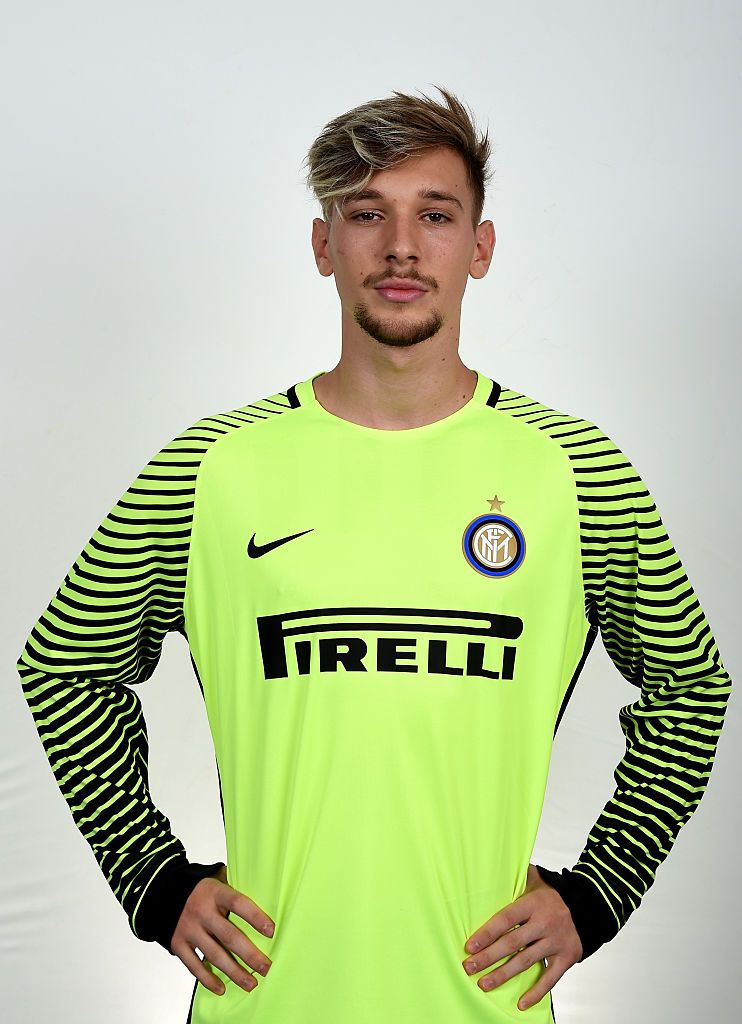 Genoa president Enrico Preziosi has shared his delight following Andrei Radu’s debut in the 2-0 win over Chievo Verona.
“He played an important game and I am happy because he is a goalkeeper who we made a €9 million investment and we believe in him very much,” Preziosi said post-match at the Stadio Luigi Ferraris. Inter retained a buy-back clause, but I could not find anything about the amount stipulated in the agreement. Technically speaking, he is currently our player on LOAN at Genoa, but he will join Genoa on full ownership starting the summer of 2019 as there is an obligation to buy. This deal is related to Eddy Salcedo coming over on loan to us, with option to buy. I believe we will buy out Salcedo, it`s just masked as a LOAN deal not to generate impact on the financial year.

Feel free to hit that "Thanks" as it took me 1 hour of this sunny Saturday!

Forum Supporter
Hope he turns into something. he's a player i only really knew existed cause he was the backup youth keeper on Fifa and FM 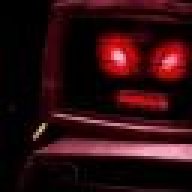 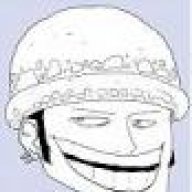 May I know the original source of the article?

10 years of FIF
Yes, I`ve used some romanian articles following his transfer to INTER + Preziosi statement from the Italian media. Do you need the paper`s name or the link? What for?

Forum Supporter
10 years of FIF
How is he doing in Genoa then? They concede like the third highest number of goals, it’s impossible to understand anything from such stat.

DARi0 said:
Yes, I`ve used some romanian articles following his transfer to INTER + Preziosi statement from the Italian media. Do you need the paper`s name or the link? What for?
Click to expand...

I shared your post to my fellow Interistas here in a chat group. One of the member asking for the source

Someone knows how much is the buy back clause? i tried all the google to find something about the amount but nothing. I am really curios because i thing this guy will replace handanovic

I don't really know how good his gk skills are, except for the match his side was beaten by us heavily, but he can score basket goals by bouncing the ball off the floor with his legs. I don't know how that trick is called 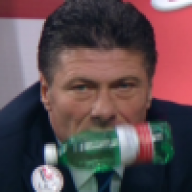 
DanMahulet said:
Someone knows how much is the buy back clause? i tried all the google to find something about the amount but nothing. I am really curios because i thing this guy will replace handanovic
Click to expand...

Sorry, I could not find anything regarding the figure stipulated in the contract. Given that Genoa sold italian Perin to juBentus for only €12m, I estimate it to be between €10-14m depending on which year we activate the buy-back clause. If we buy him back later, he will be more expensive of course. I found now that the buy-back clause is valid for 2 years, the only question is: starting 2018 or starting 2019, when Genoa will pay €8m for his definitive transfer? I hope starting 2019.

Gazzetta dello Sport. "Sometimes it's about being in the right place at the right time. The thing is even more true with goalkeepers, where the "places" are limited and the hierarchies are stable. Andrei Radu could have ended up in a positive situation. Genoa has taken the place of "arrogance" at the 6th, in summer it can become the right profile as vice-Handanovic: renewal and employment of the box "products of the nursery". The Romanian after a year in B at the Avellino cost 8 million to Genoa, but Ausilio and Gardini have guaranteed the right to "recompose" over the next two years".


"The ideal for him would be a couple of years in Genoa, gaining experience. When and if Handanovic, who is a great goalkeeper, will leave Inter, maybe Radu will be ready to take over his legacy. Maybe it will take a few years, the boy is certainly balanced and knows his stuff. Even when he makes some minor mistakes due to his young age, he takes advantage of it to learn and improve ". - His agent Oscar Damiani said he will become one of the strongest goalkeepers in the world :datass:
Click to expand...

10 years of FIF
Nostradamus
Saved a PK today vs Atalanta (at 0-0) and almost saved a second one which barely skimmed underneath him (which made it 1-1).

DanMahulet said:
Someone knows how much is the buy back clause? i tried all the google to find something about the amount but nothing. I am really curios because i thing this guy will replace handanovic
Click to expand...

10 years of FIF
I'd keep him there till 2020 then. One full season as the starting goalie is easily worth 4m€.

10 years of FIF
Keep him till 2021 at Genoa and buyback him for 20m when finally Handa ready to step down.
K

Forum Supporter
10 years of FIF
Just buy him in 2020 and loan him out for 2 years or until Handa is done here.