Il Drago said:
Unless we have another departure in attack, we won't sign anyone. We will go into new season with Lukaku, Lautaro, Dzeko and Correa.
Click to expand...

Pinamonti is expected to be sold

Caicedo and Keita balde are still without a club

10 years of FIF
FIF Special Ones
I still believe if we used this guy more in the 2nd half of last year instead of Dzeko we would have another scudetto.

10 years of FIF
Legendary former Juventus midfielder Claudio Marchisio feels that Alexis Sanchez was right to want to leave Inter for more playing time, but that it was also good for Inter to offload a player who no longer wanted to be there

Speaking to Italian broadcaster RAI Radio, Marchisio gave his thoughts on the Chilean’s departure from the Nerazzurri, and suggested that it is important for players whose discontent causes problems in the team not to be at a club for too long.

Sanchez had many positive moments at Inter, but in his final season at the club in particular, the 33-year-old seemed to be frustrated with a lack of a prominent role and regular playing time, even going as far as to publicly note his unhappiness.

It was not surprising, then, that the Chilean left Inter this summer, with Marseille the club he settled on where he feels that he can continue at the Champions League level whilst playing more than he did with the Nerazzurri.

Marchisio gave his view on the situation, stating that “I think it’s to Inter’s credit how they decided to manage the players’ situations. Alexis Sanchez decided to leave because he wanted to play, as he should.”

“However,” he went on, “It’s better to have players who feel at one with the squad and give their best when called upon, and not players who can create problems for an already strong team that is trying to reach its goals all together.”
Click to expand...

FYI: Alexis played 2 matches (110 minutes) for Marseille and has 0 goals and 0 assists so far.

Sanchez with a brace today. That contract termination was money wisely invested

Whoever wanted to do that termination is a giant retard. Alexis is 10x the player the corpse of Dzeko and Correa are.
E

IM21 said:
Whoever wanted to do that termination is a giant retard. Alexis is 10x the player the corpse of Dzeko and Correa are.
Click to expand...

That's what happens when you alienate players/people...

Glass box said:
Inzaghi wasn't going to use him at all this season. What's the point in keeping him?
Click to expand...

we didnt even substitue him, we have a long season at least 50 games till the end
we cant even acquire free contracted players because of our tough finacial situation that is blessed with
Marotta/Ausillio mistakes in the previous mercato's. 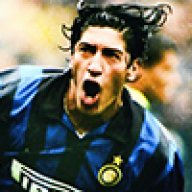 Selling him was a bad idea.

Rod said:
Selling him was a bad idea.
Click to expand...

10 years of FIF
Paying him to leave…. Made no sense while being broke

He is better than Correa or Dzeko. Potentially Dybala

10 years of FIF
Most Diverse Poster
yer a typical american

you would rather keep an unhappy worker that the boss doesn't like and is unfair to, than let him go somewhere else. It's the managements fault they gave him an extension, so that was the only way.

Please stop nagging about Sanchez after every game. There are so many other problems that Inter created for themselves, and also problems other created. One Sanchez is just a drop in the ocean in the long run.

already has 4 goals. I bet he ends up with more goals than Dzeko and Correa combined.

IM21 said:
already has 4 goals. I bet he ends up with more goals than Dzeko and Correa combined.
Click to expand...